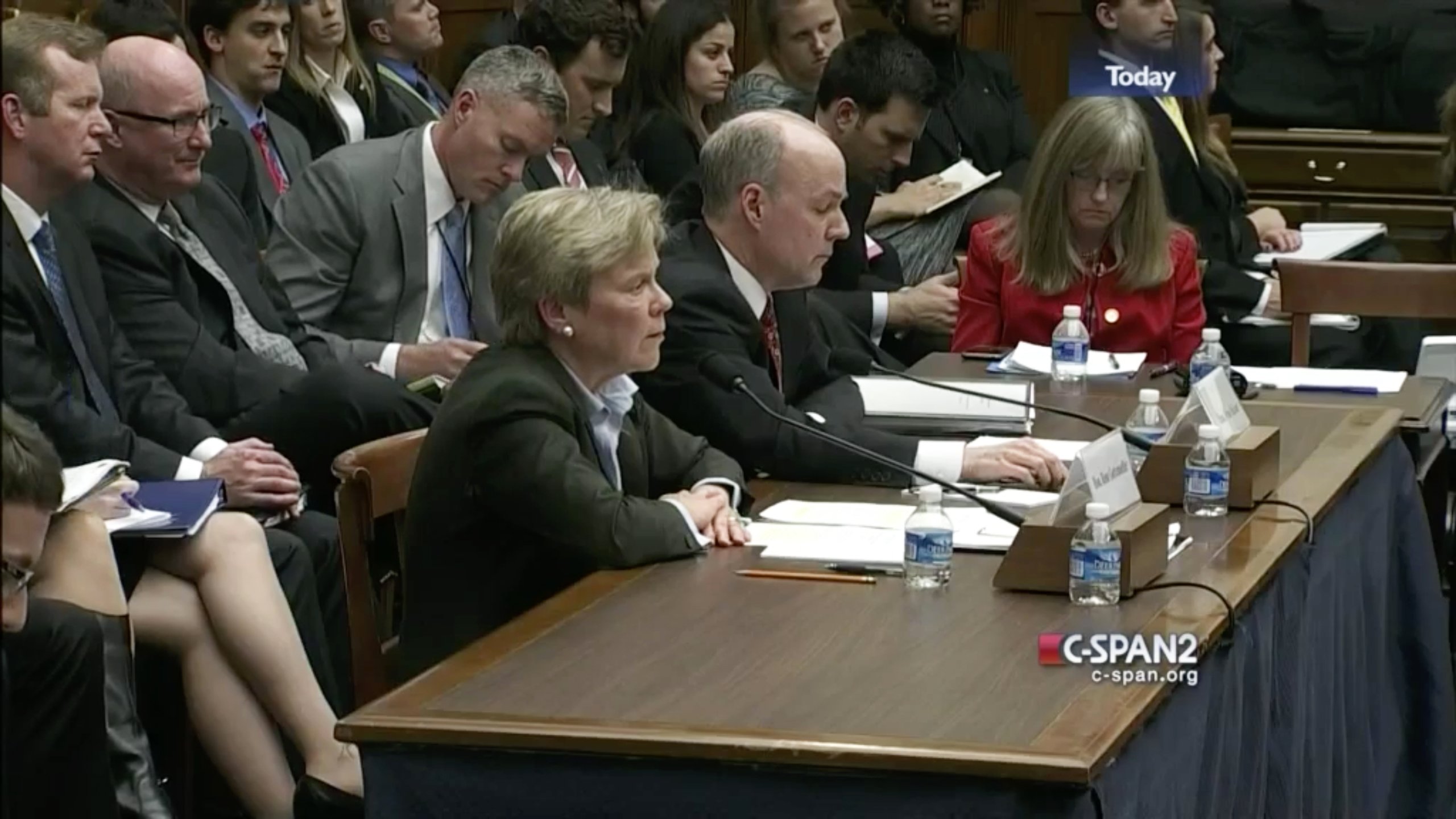 After reviewing a range of military options to respond to Russia’s alleged violation of the Intermediate-Range Nuclear Forces (INF) Treaty, the Obama administration appears to have decided to pursue a broader approach that goes beyond its specific concerns about Moscow’s noncompliance with the treaty.

In testimony at a Dec. 1 hearing held jointly by House Armed Services and Foreign Affairs subcommittees, Brian McKeon, principal deputy undersecretary of defense for policy, said that “Russia is not violating the INF Treaty in isolation from its overall aggressive behavior; therefore we concluded that our responses cannot focus solely on the INF Treaty.”

“Accordingly,” he added, “we are developing a comprehensive response to Russian military actions and are committing to investments that we will make irrespective of Russia’s decision to return to compliance with the INF Treaty due to the broader strategic environment we face.”

Reiterating the public assessment that it first made in July 2014, the State Department said last June that Russia is violating its INF Treaty obligations “not to possess, produce, or flight-test” a ground-launched cruise missile (GLCM) with a range of 500 to 5,500 kilometers or “to possess or produce launchers of such missiles.” (See ACT, July/August 2015.)

Russia denies that it is breaching the INF Treaty. The Russian Foreign Ministry said in a Dec. 1 statement that the allegations are “groundless” and the United States has “not provided any proof” that Russia is “allegedly producing and deploying” banned missiles.

Defense and State department officials have said they do not believe Russia has deployed the prohibited missile.

At a December 2014 hearing held by the same House subcommittees as the recent hearing, McKeon said the Pentagon had conducted a military assessment of the threat “if Russia were to deploy” an INF Treaty-range GLCM “in Europe or the Asia-Pacific region.” That assessment prompted a review of three kinds of response capabilities to ensure that Russia did not gain a significant military advantage from its alleged violation: “active defenses” to enhance the defense of locations the noncompliant GLCMs could reach, “counterforce capabilities” to actually attack these missiles, and “countervailing strike capabilities to enhance U.S. or allied forces.”

McKeon did not provide details on the options, but did say that they were being discussed with allies and that some “would be compliant with the INF Treaty” but others “would not be.”

At a Senate Armed Services Committee hearing on Sept. 29, 2015, Deputy Defense Secretary Robert Work said the Obama administration was still in the midst of “negotiating” how to respond to the treaty breach but that if Russia fielded a noncompliant system, he would “expect” the United States to pursue one of the three categories of INF Treaty-focused options McKeon outlined.

At the Dec. 1 hearing, however, McKeon did not mention these options. Instead, he listed a number of broader steps that the United States already is undertaking and plans to undertake to bolster the defense of Europe in the face of Russia’s actions in Ukraine, along with heightened nuclear saber rattling that has included more nuclear exercises.

He said that as the administration evaluates “the changed strategic environment in Europe, we are factoring Russia’s increased cruise missile capabilities, including its INF [Treaty] violation, into our planning.”

Rose Gottemoeller, undersecretary of state for arms control and international security, testified alongside McKeon at the Dec. 1 hearing and said the administration is “puzzled as to why” Russia thinks it needs a noncompliant GLCM since the targets in range of the new missile could be covered by Moscow’s strategic nuclear forces. Gottemoeller also noted that the Russians have been developing new air- and sea-launched cruise missiles, which are not prohibited by the INF Treaty.

McKeon said the prohibited missile program would create new military threats to the United States and its allies, but did not elaborate, citing classification restrictions.

Rep. Mike Rogers (R-Ala.), chairman of the House strategic forces subcommittee, expressed displeasure with the apparent change in the administration’s approach. He said the specific response options prepared “a year ago for consideration are now going to…just blend in” to the broader response to other challenges posed by Russia. As a result, there will be “no action on the violation of the INF Treaty,” he said.

McKeon said Russian officials would take notice of the broader military capabilities in which the United States is investing and “start to understand” that their treaty noncompliance “is not making them any more secure.” If Russia continues in its noncompliance, he said, “we can always assess whether to take other measures.” McKeon did not specify what those other measures might be or if they would come from the three response categories the administration had originally been considering.

Gottemoeller said that the U.S. “announcement of Russia’s violation…has imposed significant costs on Russia” and prevented Moscow from developing the system “unconstrained.”

She added that the administration continues to “consider economic measures with regard to the INF [Treaty].”

One European analyst said McKeon’s testimony marked a clear shift away from the administration’s previous focus on a response that was specific to the treaty and represents “a significant political decision.” In a Dec. 28 email to Arms Control Today, Jacek Durkalec, nonproliferation and arms control project manager at the Polish Institute of International Affairs, said the change is “understandable” because many of the options for U.S. responses “would be relevant for deterrence and defense” of NATO even if Russia returned to compliance, especially defense against different kinds of Russian cruise missile threats. He added that the new framing of the response would also avoid the risk of contentious debate within NATO about how to respond to the violation. 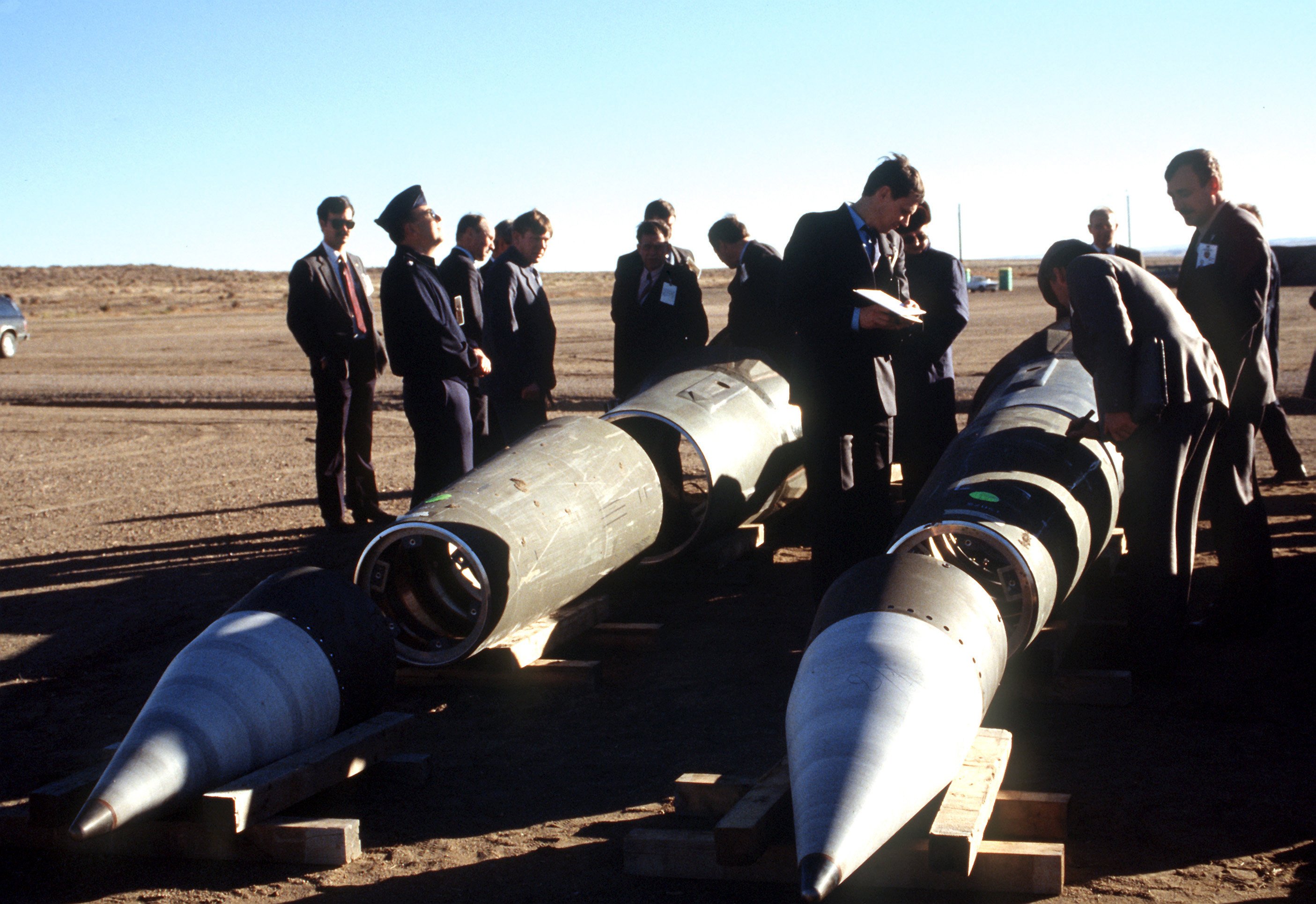 But he expressed concern that the lack of clear and specific response could call into question the resolve of the United States to respond to arms control violations. Furthermore, he said, Russia might now have little incentive to return to compliance with the INF Treaty because the overall U.S. efforts to strengthen the defense of Europe will be made irrespective of Russia’s compliance status.

In a Dec. 23 interview, Steven Pifer, director of the Brookings Institution’s Arms Control and Non-Proliferation Initiative, said the approach described by McKeon did not necessarily reflect a shift in strategy and seemed to fit in the “countervailing” category of response options that McKeon first outlined in 2014. Pifer also said the approach gives the next administration the ability to pursue additional responses that are specific to the INF Treaty “down the road” if it so chooses.

In a Dec. 15 email, a Republican Senate staffer said, “Treating the INF Treaty violation as part of Russia’s larger pattern of behavior is fine – as long [as] US actions truly address the strategic implications of the violation.” According to the staffer, this “requires the US to adjust its nuclear posture to take into account the new reality of Russia’s increasing reliance on nuclear weapons, particularly cruise missiles.”

The fiscal year 2016 National Defense Authorization Act, signed by President Barack Obama on Nov. 25, calls for a plan for the development of the three kinds of response capabilities the administration said it had planned to pursue to counter Russia’s new GLCM program and requires the Defense Department to make a recommendation on a response capability. (See ACT, November 2015.)

McKeon said the Defense Department will complete the report required by the bill.