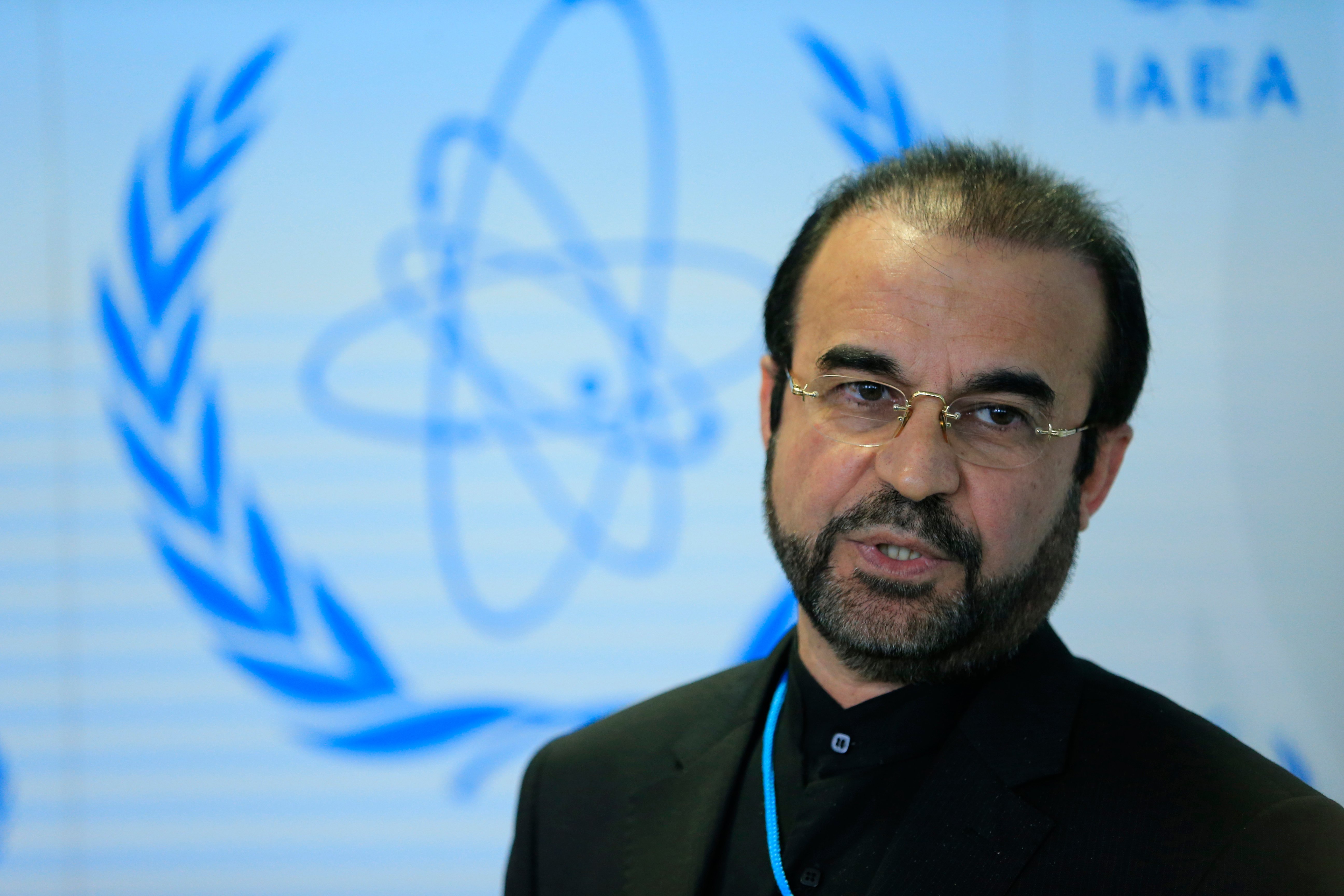 Iran pursued a nuclear weapons program prior to 2003, but did not divert nuclear material from its civilian nuclear program as part of its weaponization efforts, the International Atomic Energy Agency (IAEA) reported last month, leading the organization’s governing body to close the investigation into Iran’s past nuclear weapons activities.

The Dec. 2 IAEA report found that although Tehran’s organized nuclear weapons program ended in 2003, some activities continued through 2009. Nevertheless, the agency said, it found “no credible indications” that nuclear material was diverted to the weapons program or that any undeclared activities have taken place since 2009.

In an annex to its November 2011 quarterly report on Iran’s nuclear activities, the IAEA had laid out 12 areas of concern that could be relevant for a nuclear weapons program, but the agency made little progress investigating its concerns until it reached an agreement with Tehran last July 14 to complete the probe. Between July and October, Iran provided the agency with information and with access to individuals and sites as part of the IAEA investigation.

The IAEA’s 35-member Board of Governors met on Dec. 15 to consider the Dec. 2 report. The board passed a resolution by a unanimous vote that closed the investigation into the past weapons work.

In a statement to the board released after the vote, Iran’s ambassador to the IAEA, Reza Najafi, said the agency’s finding that Iran has not diverted nuclear material “clearly shows that Iran’s nuclear programme has always been for peaceful purposes.”

Najafi said that Iran “disagreed” with some of the agency’s findings. The “scientific studies of dual-use technologies have always been for peaceful civilian or conventional military uses” rather than nuclear weapons work, he said.

The report found that some of the activities that Iran claimed were for conventional military or peaceful purposes, such as the testing of certain types of explosive detonators, had “characteristics relevant to a nuclear explosive device,” but noted that the detonators have applications that are not related to nuclear explosives.

In several cases, the agency also said Tehran was not fully forthcoming with information in response to its questions.

U.S. Secretary of State John Kerry said on Dec. 15 that he welcomed the resolution and that closing the investigation will “in no way preclude the IAEA from investigating if there is reason to believe Iran is pursuing any covert nuclear activities in the future.”

The Dec. 15 resolution said Iran should “cooperate fully and in a timely manner” with the IAEA through implementation of its safeguards, including by providing the agency with access to sites in Iran. 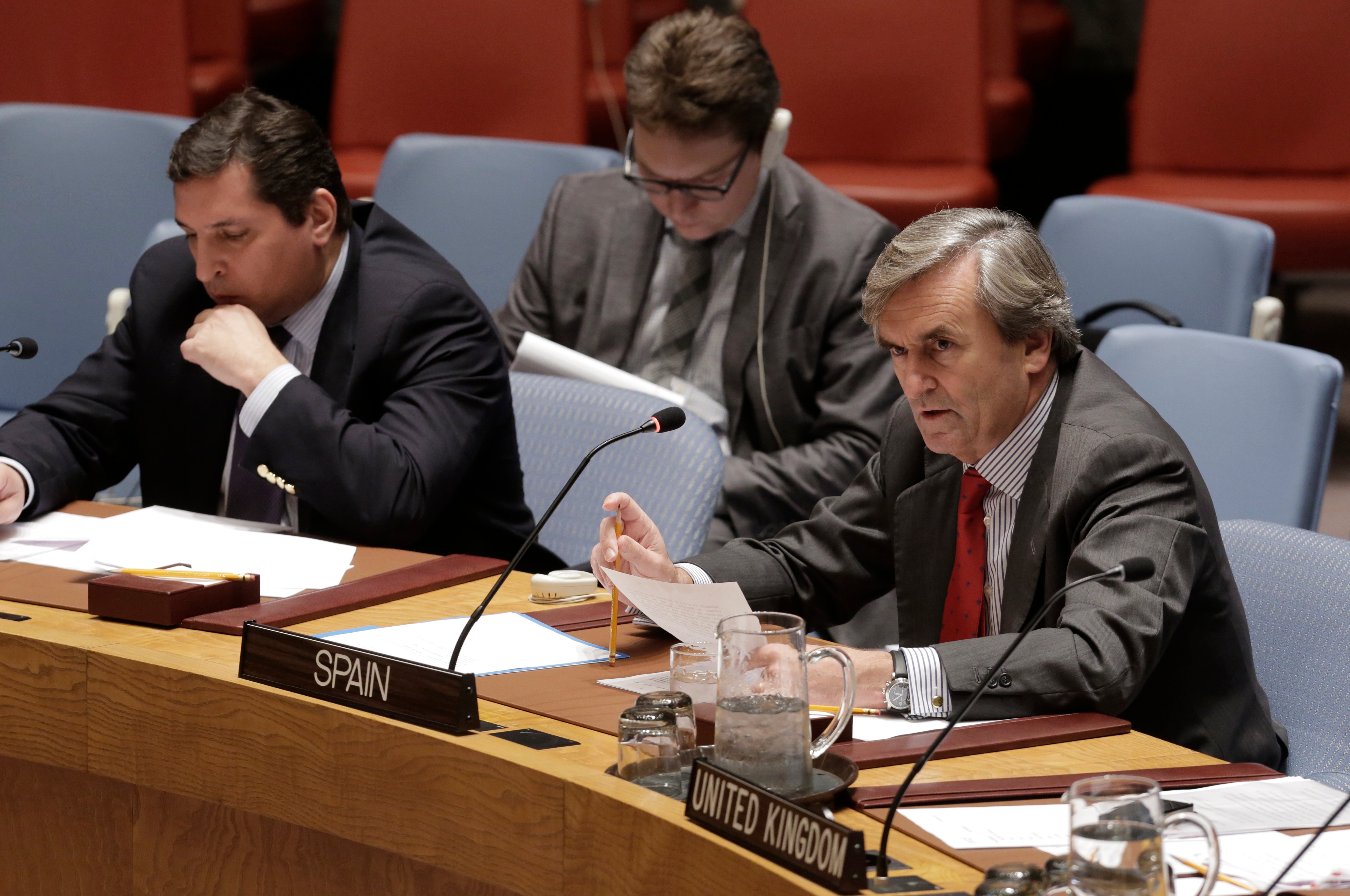 The board asked the agency to continue to report quarterly on Iran’s implementation of its commitments under the nuclear deal reached between Tehran and the six-country group known as the P5+1 (China, France, Germany, Russia, the United Kingdom, and the United States).

As part of the July nuclear deal, Iran agreed to implement and eventually ratify an additional protocol to its safeguards agreement. The protocol gives IAEA inspectors expanded access to information and sites in Iran.

Iran also agreed to continuous monitoring at some of its nuclear facilities, including its uranium mines and mills and centrifuge production workshops.

The Dec. 15 resolution requested that the IAEA director-general report to the board and the UN Security Council if any concerns about Iran’s compliance with the terms of the agreement arise.

Kerry said that the “focus now appropriately moves toward full implementation” of the nuclear deal and “its enhanced verification and transparency regime.”

In October, more than a month before the IAEA report, Iranian Supreme Leader Ayatollah Ali Khamenei said that Iran would not complete some of its obligations under the nuclear deal with the P5+1 until after the IAEA board closed the investigation on Iran’s past work related to nuclear weapons development.

The day after the board resolution terminating the probe, Ali Akbar Salehi, head of the Atomic Energy Organization of Iran, told reporters that Iran was ready to ship out its stockpile of low-enriched uranium (LEU), about nine metric tons, to Russia.

Iranian officials confirmed that the LEU was shipped from the port city of Bushehr on Dec. 28. Kerry said in a Dec. 28 statement that removal of the LEU from Iran is significant and “more than triples” the time it would take for Tehran to enrich enough uranium to weapons grade for one bomb. Prior to the removal, he said the time was about two to three months.

Under the deal with the P5+1, Iran committed to reduce its stockpile of uranium enriched to reactor-grade levels, less than 5 percent uranium-235, to 300 kilograms.

Also contingent on the conclusion of the IAEA’s investigation, according to Khamenei, is the removal of the core of the Arak reactor.

Iran committed to remove and disable the core of the reactor under the nuclear deal with the P5+1. The six-country group is to work with Iran to modify the reactor and construct a new core that will produce significantly less weapons-grade plutonium than the original design.

Iran’s Fars News Agency quoted Iranian officials on Jan. 11 as saying that work on removing the core had begun.

He has stated on several occasions that Iran can complete all of its commitments under the nuclear deal, including removal of the reactor core, by mid-January.

Despite the progress on the nuclear deal, Iran and the United States are still at odds over Iran’s recent missile activities.

That resolution, adopted in June 2010, prohibits Iran from undertaking “any activity related to ballistic missiles capable of delivering nuclear weapons, including launches using ballistic missile technology.” Under a widely accepted definition, ballistic missiles are considered nuclear capable if they can carry a 500-kilogram payload over a distance of 300 kilometers.

The UN Security Council panel charged with overseeing sanctions on Iran found on Dec. 15 that the Emad test violated Resolution 1929.

The missile tested in November is reported to be a Ghadr-110, a liquid-fueled missile with a range of about 2,000 kilometers. The Ghadr-110 and the Emad are variants of Iran’s Shahab-3 ballistic missile.

In a Dec. 17 letter to President Barack Obama, 21 Senate Democrats, including a number of senators who support the nuclear deal, called on the president “to take action unilaterally, or in coordination with our European allies” in response to the missile tests. Without action from the United States or the UN Security Council, “Iran’s leaders will certainly also question the willingness of the international community to respond to violations” of the nuclear deal, the letter said.

A separate Dec. 17 letter to Obama from 35 Senate Republicans called on him to keep the sanctions on Iran in place.

Iran is not prohibited from testing ballistic missiles under the nuclear agreement with the P5+1. When the agreement is fully implemented, Resolution 1929 will be replaced by Security Council Resolution 2231.

That resolution, unanimously passed by the Security Council on July 20, endorses the nuclear deal and calls on Iran “not to develop or test ballistic missiles that are designed to be capable” of delivering nuclear warheads.