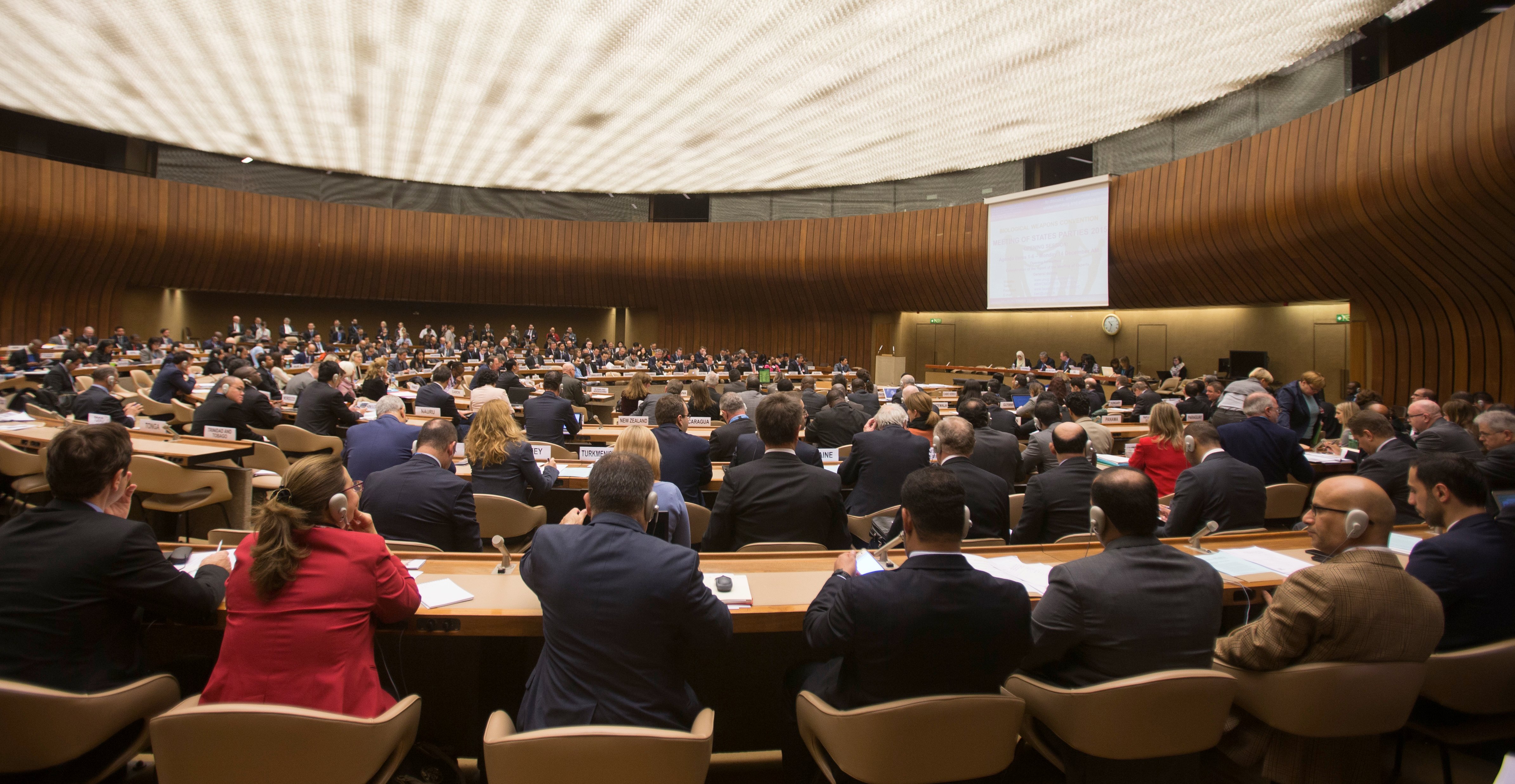 A December meeting on controlling the spread of biological weapons left several country representatives and independent observers expressing low expectations for a major conference later this year while noting that the recent meeting had achieved some important but minimal goals.

Participants in the annual meeting of states-parties to the 1972 Biological Weapons Convention (BWC) in Geneva agreed to a final document, a result that reportedly was uncertain until the end of the Dec. 14-18 gathering. The parties also set the dates for the upcoming BWC review conference and its preparatory meetings.

According to the representatives and observers, settling on the amount of time was difficult as many countries argued for two weeks of preparation to increase the chances that the November review conference would be productive.

The United States was one of the countries advocating the longer preparation period. In a Dec. 23 interview, a State Department official who attended the December meeting said the final report, although “not quite what we wanted,” was “positive” in that it represents an increase over the four days allotted to the 2011 review conference’s preparations.

The only real opposition to having two full weeks of preparatory meetings at the December meeting was from Cuba and Iran, which were able to gain some sympathy from smaller countries with the argument that they could not devote the additional time and money to send delegations for the longer preparatory meetings, he said.

In a statement on the conference’s first day, Robert Wood, the U.S. special representative for BWC issues, lamented that, “every December [at the annual meetings of BWC parties], we adopt a report that consists mostly of recycled material and broad generalities.” The parties “need to do better” and “do not have to revert to old habits,” he said.

But the State Department official said the conference had met only the “minimal requirements” of Wood’s exhortation. The conference report is “unambitious,” he said, noting that, for many of the BWC’s substantive points, it says only that the parties agree on “the value” of certain issues and approaches without giving direction on a specific course.

A number of delegations offered suggestions for improving the process. The United States submitted a list of proposals that were part of what it called a “realistic agenda” for the upcoming review conference. These included increasing the authority of the annual meetings to make decisions rather than leaving virtually all substantive decisions to the review conferences and strengthening the Implementation Support Unit, the three-person secretariat that provides institutional support to BWC parties.

Similar proposals on those issues were offered at the 2011 review conference, but were not adopted. (See ACT, January/February 2012.)

Armenia, Belarus, China, and Russia submitted a document proposing “a legally binding instrument” covering issues such as “the incorporation of existing and potentially further enhanced confidence building and transparency measures, as appropriate, into the [BWC] regime”; measures for addressing relevant developments in science and technology; measures for assistance and protection, based on the treaty’s Article VII, to treaty parties in fending off biological weapons attacks; and measures for strengthening peaceful cooperation under Article X.

Notably absent from the proposal was any provision on verification, which has been a focus of Russian efforts in the past. 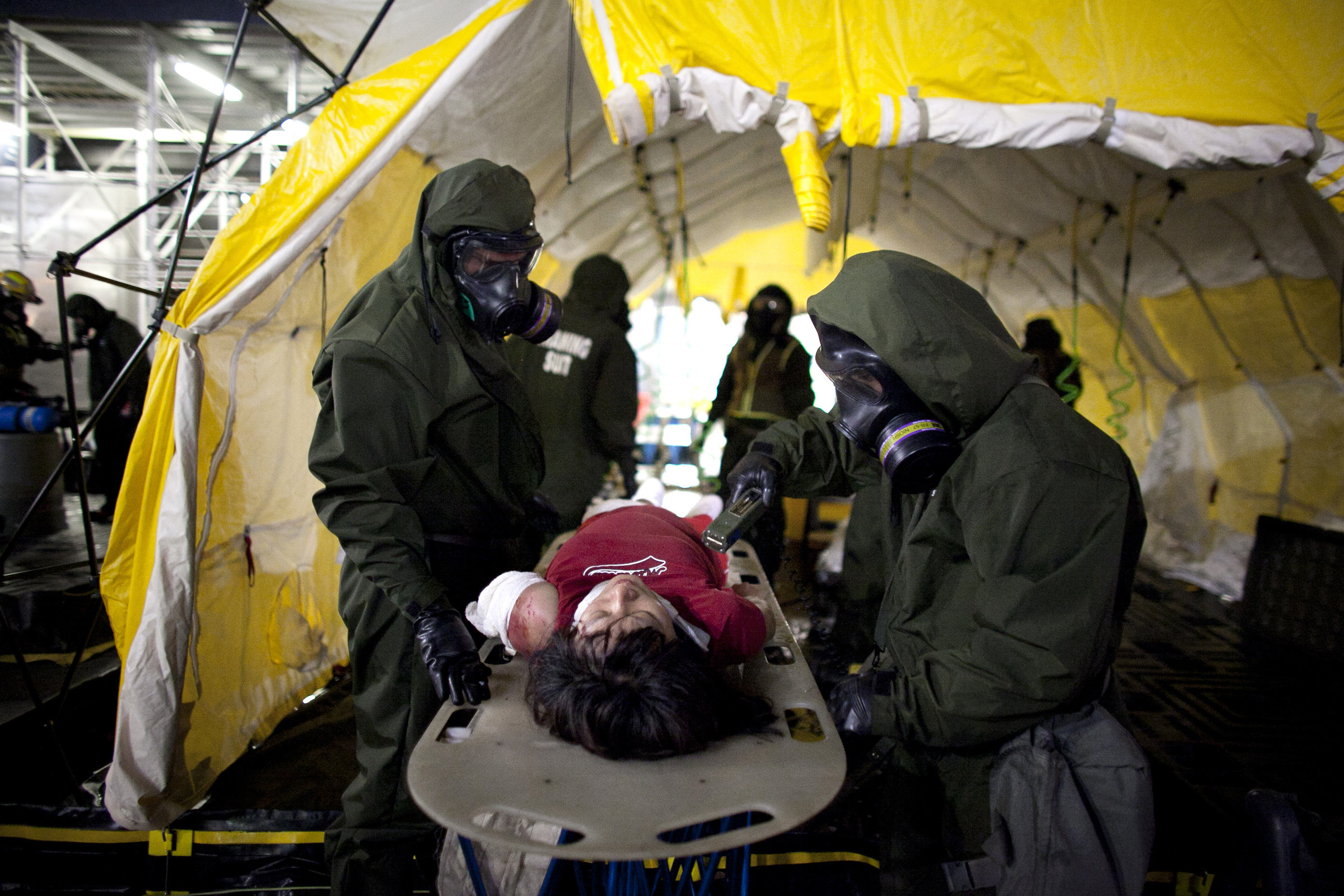 The BWC, unlike the nuclear Nonproliferation Treaty and the Chemical Weapons Convention, does not have an international organization to verify that parties are complying with the treaty. Talks on a verification mechanism collapsed in 2001 after the Bush administration rejected a draft protocol. The Obama administration has said that effective verification under the treaty is impossible and has made clear that it will not seek to revive the talks on a compliance protocol.

In a Dec. 24 email to Arms Control Today, a Russian official who attended the Geneva meeting said that “Russia remains committed to a multilaterally negotiated verification mechanism for the BWC.” He cited a statement last October to the UN General Assembly First Committee by the so-called BRICS countries—Brazil, Russia, India, China, and South Africa.

But recognizing the differing views among BWC parties on verification, the current proposal was drafted to be “as comprehensive as politically possible at this moment” and “is feasible from a practical standpoint,” he said. He characterized the proposal as “a third way” that “may bridge a divide between the NAM [Non-Aligned Movement] and the Western group,” two of the key blocs at the BWC conference and other international meetings.

“Removing verification from our negotiations proposal was a difficult choice to make[,] but we did it in the hope of achieving a very [much] needed breakthrough,” the Russian official said.

In spite of some significant differences in approach, “[t]here is a very good degree of convergence between Russia’s initiative and the US concept paper,” he said. Russia recognizes that its initiative cannot bear fruit “without getting Washington on board,” and “I presume they realise the same is true the other way round.” He added, “We continue talking to each other so that the common ground can be identified.”

The U.S. official said he accepted that “some things” in the Russian-led proposal are “worth attention” but not by means of a legally binding mechanism.

A negative aspect of the meeting was the contentious “political dynamics” between different blocs of countries, the U.S. official said. Disagreements in such meetings often fall along “North-South” lines—that is, between affluent countries and developing countries, particularly those in the NAM. At this meeting, the official said, there also was a strong “East-West” element, citing sharply anti-U.S. statements from Russia.

Nevertheless, as the official noted, there were some areas of agreement between blocs. India and the United States jointly issued a working paper on strengthening the implementation of Article III, which bans transfers or other assistance for biological weapons programs. The U.S. official also approvingly cited a South African paper, issued during the BWC experts meeting last August, on assistance under Article VII. India and South Africa are NAM members.

Overall, the U.S. official said, it is “hard to be overly optimistic” about the upcoming review conference in light of the rifts between blocs. Because the conference makes decisions by consensus, “any naysayer can prevent almost anything,” he said.

In his assessment, Guthrie said the difficulty that the participants at the Geneva meeting had in reaching agreement on “a weak document does not bode well for the Review Conference, in which many more significant issues will be at play.”

The Russian official acknowledged the “tensions in the BWC among states and groups of states,” but noted that such disagreements are not unique to that treaty. He said he has “high hopes” for the review conference, which “will be a very rare opportunity to give a fresh start to the process of strengthening of a very important but neglected treaty.”

He added, “This is a main reason why we have come up with our initiative and invest a lot of effort into promoting it.”