North Korea’s fourth nuclear weapons test explosion is yet another startling reminder of the necessity of fresh thinking, stronger global leadership, and new approaches to prevent further nuclear proliferation and nuclear testing in the 21st century.

The Vienna-based Comprehensive Test Ban Treaty Organization (CTBTO) measured the blast as slightly less powerful than North Korea’s 2013 detonation, which had a yield with a TNT equivalent of six to 10 kilotons. Nonetheless, with every successive underground nuclear test, North Korea’s nuclear scientists undoubtedly learn more about how to design smaller warheads that can be delivered by missiles. 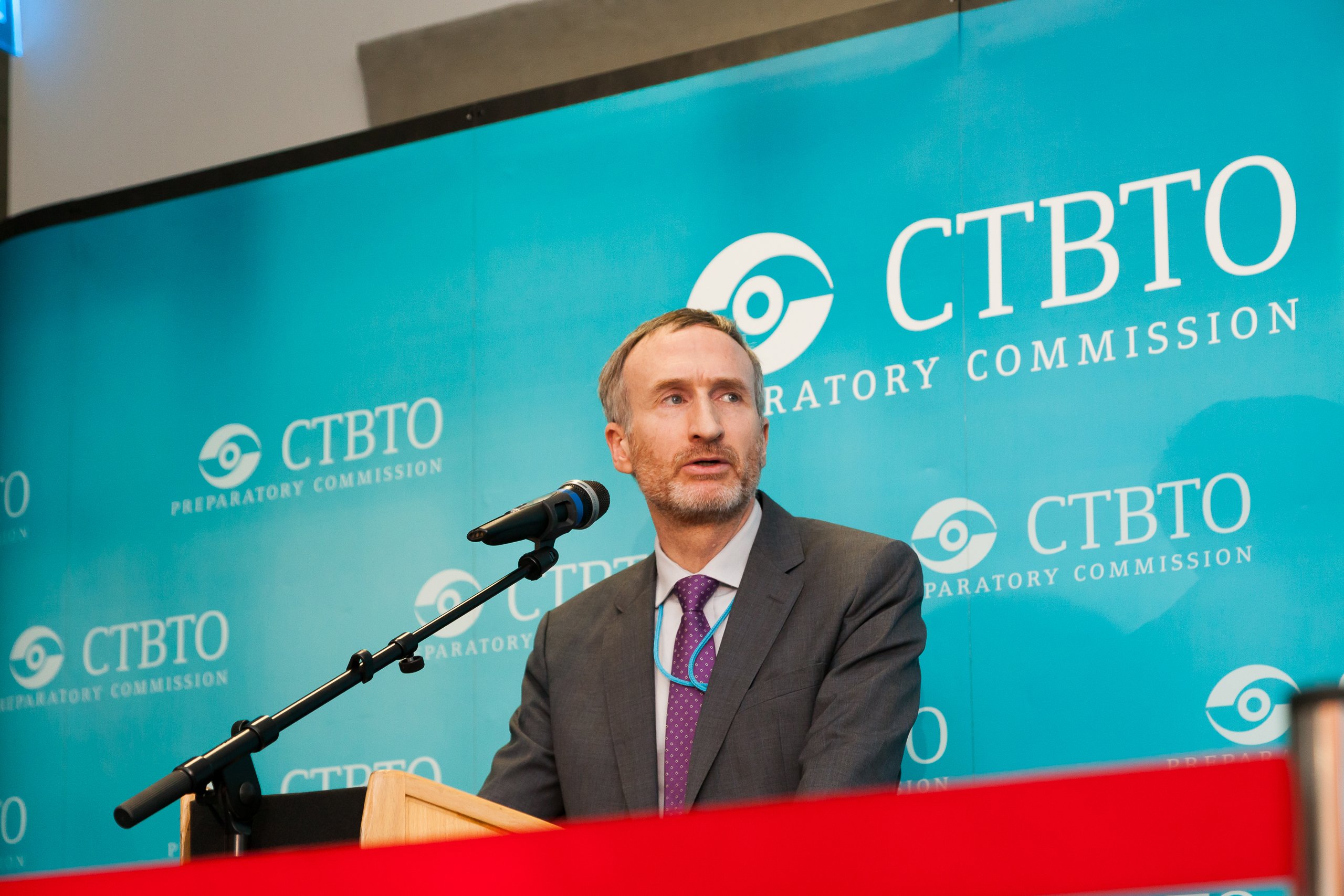 Like previous North Korean nuclear tests, this one will prompt UN Security Council action against Pyongyang. This time, however, there must be tougher penalties.

Unfortunately, China, which is North Korea’s only significant trading partner, so far has been unwilling or unable to enforce fully the existing sanctions and has resisted tougher measures. That approach must change.

Washington’s diplomatic posture must shift as well. For too long, U.S. and North Korean diplomats have haggled over the conditions for resuming nuclear talks, with Washington insisting that Pyongyang recommit to its broken 2005 denuclearization pledge.

Meanwhile, Pyongyang has used the time to amass larger amounts of fissile material, test more-sophisticated bombs, and develop longer-range ballistic missiles. Today, it likely has 10 to 16 nuclear weapons. By the end of the decade, it could have more than 50.

The long-term U.S. goal should continue to be North Korea’s verifiable denuclearization and the normalization of relations. But realism demands that talks on Pyongyang’s nuclear program resume soon, with the near-term goal of halting further nuclear testing, missile testing, fissile material production, and the possible transfer of nuclear material.

North Korea’s test is more than a regional proliferation challenge. It has been condemned by EU foreign policy chief Federica Mogherini “as a threat to international peace and security” and by UN Secretary-General Ban Ki-moon as “a grave contravention of the international norm against nuclear testing” established by the Comprehensive Test Ban Treaty (CTBT) in 1996.

North Korea, which is not a party to the treaty, is the only state to have conducted nuclear test explosions since 1998. The world’s other nuclear-armed states have either signed the CTBT or, in the case of India and Pakistan, declared testing moratoriums.

Pyongyang’s Jan. 6 blast is an uncomfortable reminder that 20 years after the conclusion of the CTBT, the door to further nuclear testing remains ajar. Formal entry into force has been delayed by the failure of seven other states—China, Egypt, India, Iran, Israel, Pakistan, and the United States—to ratify the treaty.

Worse still, several states are actively pursuing new or modernized nuclear weapons. If the treaty remains in limbo for many more years, one or more nuclear-capable states may try openly or surreptitiously to conduct a nuclear test. Russia, for example, supports the CTBT, but has shown contempt for compliance with other arms control treaties. President Vladimir Putin has ordered his defense laboratories to rebuild and upgrade Russia’s vast strategic nuclear arsenal. The plan apparently includes a reckless program to develop a new, long-range nuclear-armed torpedo designed to strike harbors and cities.

Weeks before the North Korean test, at a special conference on the CTBT at the United Nations on Sept. 29, Kazakhstan’s foreign minister, Erlan Idrissov, warned that “business as usual” efforts will not suffice. CTBT supporters need a “more aggressive approach,” he said.

The de facto norm against testing cannot be taken for granted. Responsible states can do more to reinforce it pending CTBT entry into force. To do so, they should consider a new, high-level diplomatic effort to encourage key states such as Egypt, India, Iran, Israel, and Pakistan to condemn North Korea’s test, reaffirm their support for the global testing moratorium, and promptly consider the CTBT.

In addition, they could pursue the adoption of a new UN Security Council resolution and a parallel UN General Assembly measure calling on all states to refrain from testing, declaring that nuclear testing would trigger proliferation and undermine international peace and security, and recommending that the treaty’s Provisional Technical Secretariat and Preparatory Commission, including the International Monitoring System, be considered permanent institutions because of their critical role in detecting and deterring nuclear testing.

Such an initiative, like Resolution 1887, which was approved in 2009, while not legally binding, would have tremendous political value in reinforcing the global norm against testing in the years ahead. It would also help guard against the danger of treaty fatigue, including the slow erosion of support for the CTBTO and its global network of 337 sensors, which is now 90 percent complete.

If North Korea’s nuclear and ballistic missile programs remain unchecked and if key states do not renew the global push to ban all nuclear testing, the threat posed by North Korean nuclear testing will only grow. So will the potential for nuclear tests by other states. Now is the time for more-energetic action.