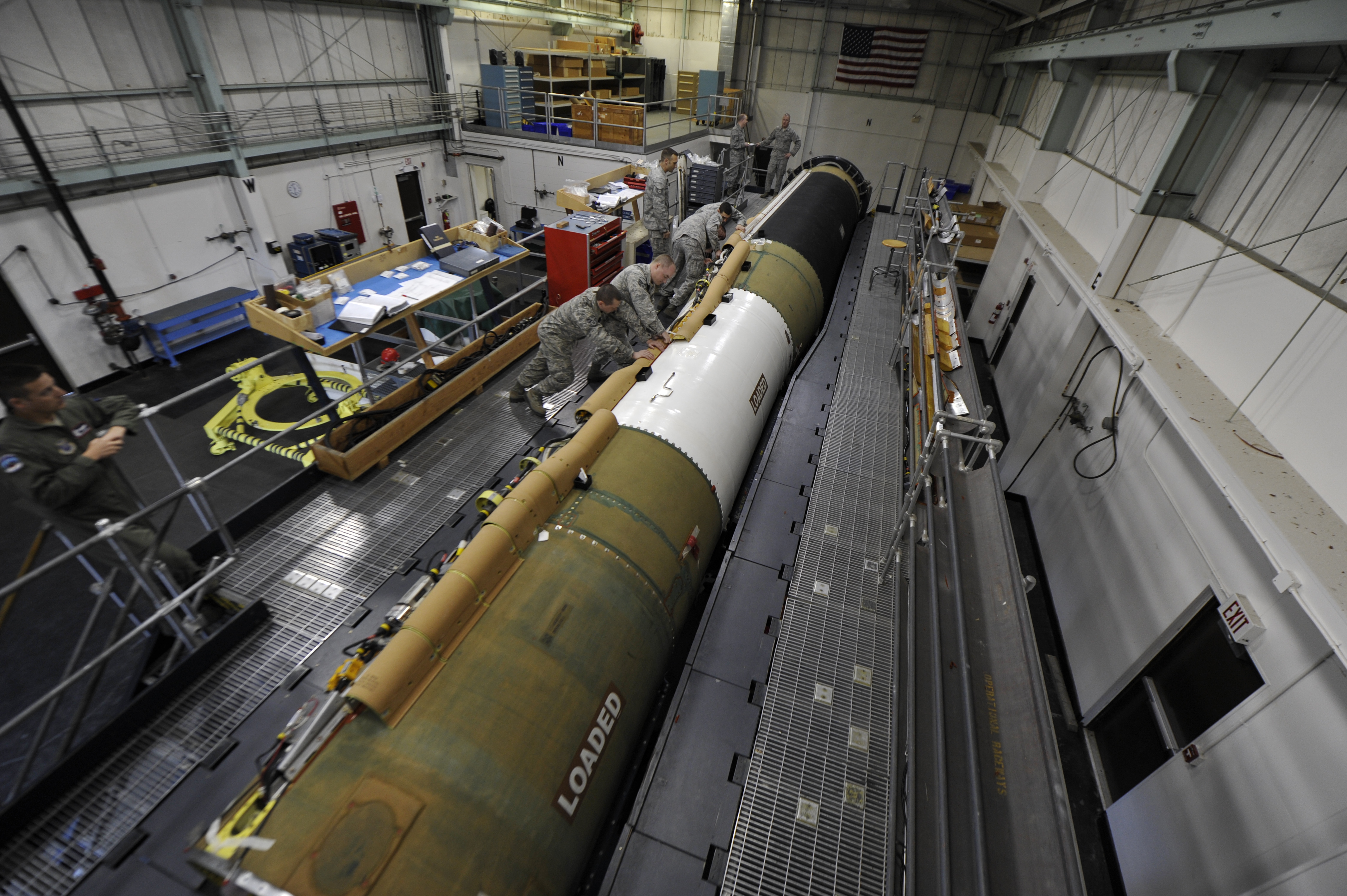 An initial Air Force proposal for replacing the Minuteman III intercontinental ballistic missile (ICBM) system calls for procuring 642 missiles, 400 of which would be operationally deployed, multiple sources told Arms Control Today in recent months. The remaining missiles would be used for flight tests and as spares to support the program’s anticipated 50-year lifespan, the sources said.

If the U.S. government moves ahead with the proposal, it will have a capability extending into the 2070s to deploy 400 ICBMs, the number that the United States will have in 2018 under the terms of the New Strategic Arms Reduction Treaty (New START).

To meet the treaty limits, the Defense Department has said it will reduce the U.S. arsenal from its current level—447 deployed missiles as of September 2014—while retaining 50 nondeployed missile launchers.

During interviews in May and June, the sources said the preliminary acquisition cost estimate for the Minuteman III replacement system—an option studied under the Pentagon’s Ground-Based Strategic Deterrent (GBSD) program—is $62.3 billion, which covers a 30-year period between fiscal year 2015 and fiscal year 2044.

In a subsequent e-mail exchange, Air Force representatives confirmed the estimated cost and the number of planned missiles to be purchased and deployed.

The $62.3 billion cost estimate was first reported on June 5 by Nuclear Security and Deterrence Monitor. The newsletter quoted Ed Gulick, an Air Force spokesman, as saying the draft estimate was completed in February by the Air Force Nuclear Weapons Center’s ICBM System Program Office and that it includes $48.5 billion for the missiles, $6.9 billion for command and control systems, and $6.9 billion to renovate the launch control centers and launch facilities.

In a June 15 e-mail to Arms Control Today, Gulick said that the cost estimate is in “then-year dollars,” meaning it includes inflationary increases expected to occur in the program over the 30-year time horizon of the estimate.

Last summer, the Air Force conducted an analysis of alternatives to sustain the ICBM force beyond the anticipated end of the Minuteman III’s service life in 2030.

Gulick said the analysis initially examined five options, but after discussions with senior officials in the defense secretary’s office, the analysis narrowed its focus to three alternatives: a “baseline” option that would extend the life of the Minuteman III through 2075, a “replacement system capitalizing” on the existing Minuteman III silo infrastructure, and a “hybrid” option that would “mix” the existing Minuteman III silo infrastructure with new road-mobile ICBMs.

A request for information issued by the Air Force on Jan. 23 seeking information and feedback from defense industry companies said the United States “is preparing to acquire a replacement for” the Minuteman III system “that replaces the entire flight system” and “retains the silo basing modes.”

Maj. Melissa Milner, one of the Air Force representatives, said in a June 19 e-mail that the current program cost estimate of $62.3 billion is “focused on a replacement system that reflects a missile similar in size to the Minuteman III.” The Air Force has not provided a public cost estimate for the other options.

Milner did not indicate whether the GBSD missile would have a completely new design or would incorporate significant design features from the Minuteman III.

Deployment of the replacement missile system is scheduled to begin in 2027.

In remarks at a June 16 event in Washington, Lt. Gen. James Kowalski, the deputy commander of U.S. Strategic Command, said the United States cannot “continue to sustain” the Minuteman III.

One former government official said the cost estimate for the replacement system suggested a new ICBM, an approach that he questioned.

It’s “hard to believe” the Pentagon would choose to design and build a new missile because there is no military need to do so, retired Col. Mark Cancian, who recently left the U.S. Office of Management and Budget after seven years as director of its force structure and management division, said in June 15 interview.

Cancian, now a senior adviser in the International Security Program at the Center for Strategic and International Studies, added that there is “no way the Air Force can afford” a new fleet of ICBMs given the cost of plans to modernize other elements of the U.S. nuclear arsenal, such as building new ballistic missile submarines and long-range bombers.

A 2014 report by the RAND Corp. on the future of the ICBM force found that “any new ICBM alternative will very likely cost almost two times—and perhaps even three times—more than incremental modernization of the current Minuteman III system.”

The GBSD program is slated to face a key acquisition milestone early next year, when the defense secretary’s office will decide whether the program should proceed to the next stage of the acquisition process. This stage includes maturing the technology, refining requirements, and finalizing cost estimates for the program.

In the lead-up to this decision point, known as a milestone A decision, the Defense Department is reviewing the acquisition strategy for the program.

Cancian said that although the Air Force may be evaluating a new missile, this approach is not yet a formal Air Force plan or recommendation. “A lot could change” when the program “comes up for decision and has to compete with other programs,” he said. 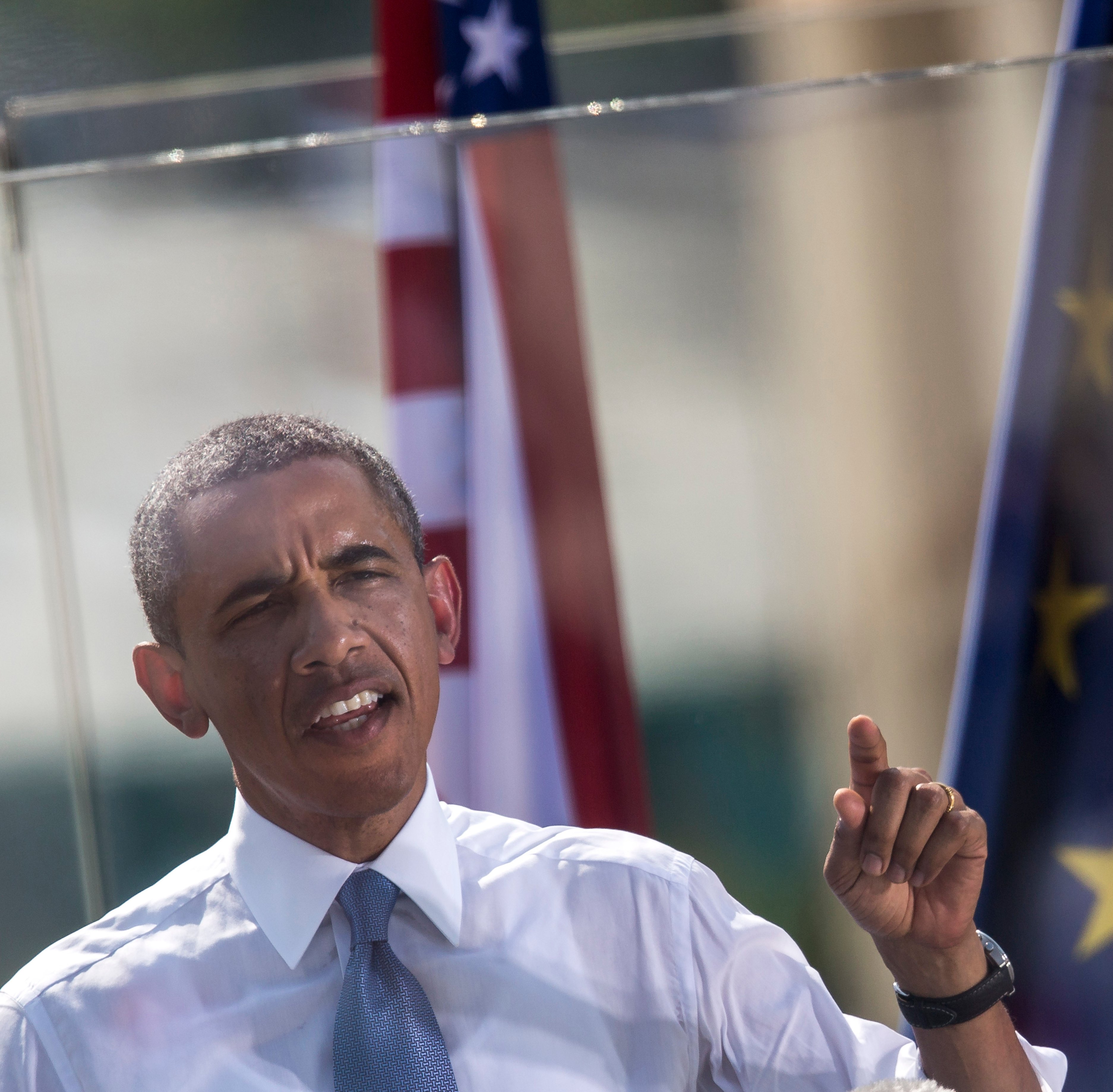 The Minuteman III, which has a range of more than 8,000 miles, was first fielded in 1970 with a planned service life of 10 years. Production of the missile ended in 1977. A total of 794 missiles were acquired at a cost of $41.4 billion, as measured in fiscal year 2012 dollars, according to the RAND report.

Several multibillion-dollar life extension programs have kept the Minuteman III in service for more than 40 years. Nearly the entire missile has been refurbished, including the propellant and guidance and propulsion systems.

President Barack Obama determined in 2013 that the United States could reduce “deployed strategic nuclear weapons by up to one-third,” but he conditioned further reductions on negotiations with Russia.

Greg Weaver, principal director for nuclear and missile defense policy in the Office of the Undersecretary of Defense for Policy, told Inside the Air Force on Feb. 20 that given the uncertain prospects for a future arms control agreement with Russia after New START expires in 2021, the GBSD program “is budgeted based on the current policy” and “arms control limits.”

Weaver added that the approach could change if Russia and the United States agreed to further nuclear weapons reductions at some point in the future.