– Frank von Hippel
Co-Director of Program on Science and Global Security, Princeton University
June 1, 2018
Is There a Future for the NPT?

By Jayantha Dhanapala and Sergio Duarte 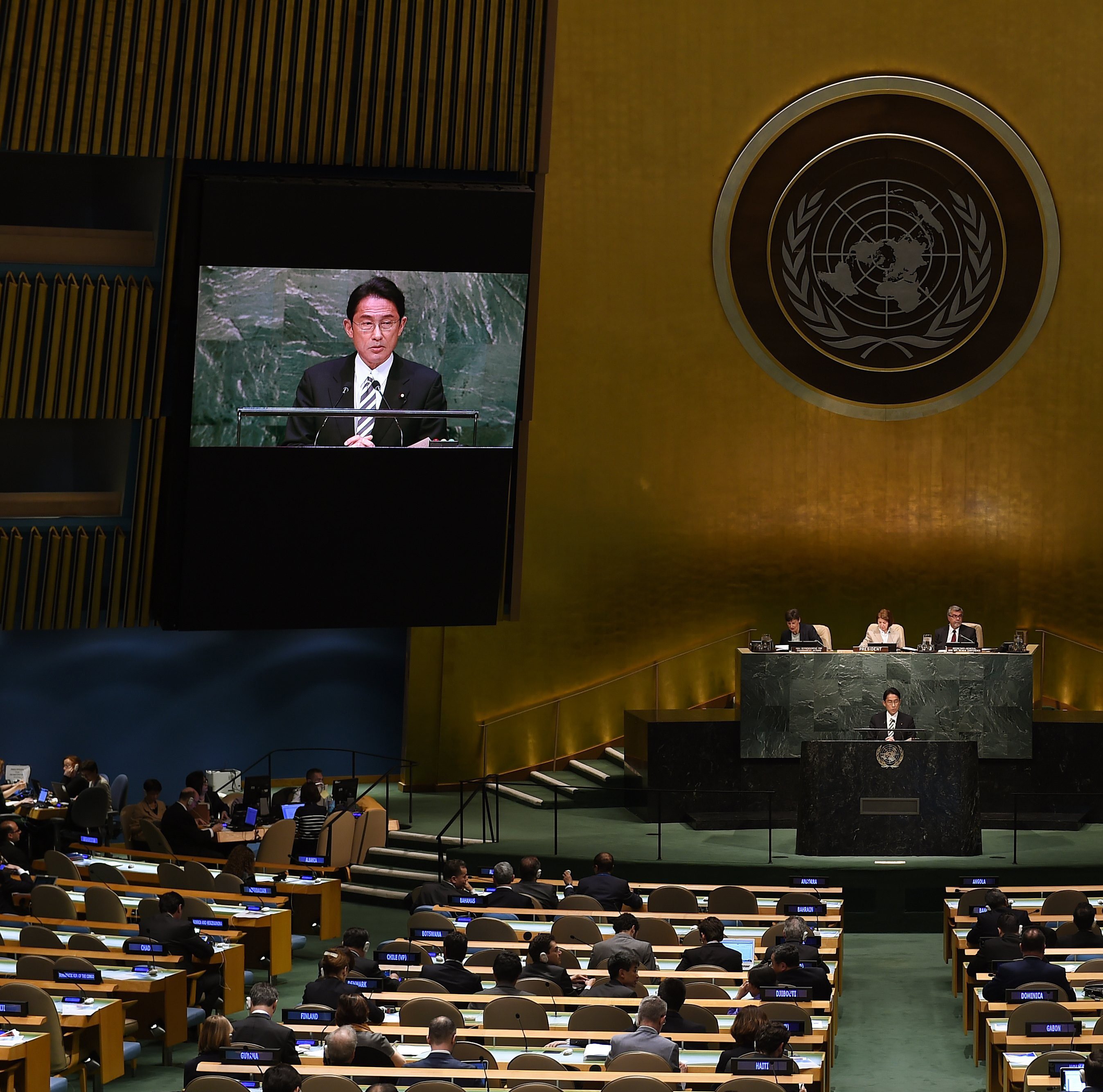 The 2015 Nuclear Nonproliferation Treaty (NPT) Review Conference ended in frustration and animosity over the lack of agreement on a substantive final document. This unfortunate outcome reflected, above all, the deep feeling of impotence on the part of most of the treaty’s non-nuclear-weapon states over the failure to extract from the five recognized possessors of nuclear weapons a clear commitment to an effective, legally binding process toward nuclear disarmament in a sure, predictable, and time-bound manner.

Five of the nine NPT review conferences held at five-year intervals since 1975 have ended without agreement on a substantive final document. This is a poor record indeed.

The origin of the recurrent cycle of agreement and disagreement in the drafting of final documents can be traced to the inherently discriminatory character of the NPT itself. Because the treaty is the product of political situations and power relationships that prevailed in the 1960s, it is difficult to reconcile it with the realities of the present, multipolar world. Yet, the basic unfulfilled bargain—nonproliferation and unfettered access to the peaceful uses of nuclear energy in exchange for nuclear disarmament—remains valid today. Any attempt to update this venerable piece of international law would probably end in disarray and utter failure.

A common feature of the four final documents concluded at the respective review conferences (1975, 1985, 2000, and 2010) and at the 1995 review and extension conference is the unanimous reaffirmation of support for the NPT.[1] Parties usually agree on the identification of the so-called three pillars—disarmament, nonproliferation, and peaceful uses—and proceed to sharp and even contentious differences on the relative importance of each pillar.

Beyond general expressions of commitment to the objectives of the treaty, the successful 2000 and 2010 review conferences agreed on specific blueprints for action, such as the 13 “practical steps” in 2000 and the 64-point action plan in 2010. Regrettably, very little can be said for the implementation of such plans. States usually choose the points they wish to highlight and pay scant attention to the overall design. On some occasions, they have disavowed or withdrawn support for previously agreed steps. That was the case, for instance, with the backtracking in 2005 during the run-up to that year’s review conference on commitments made at the 2000 review conference to ratify the Comprehensive Test Ban Treaty.

Debates at all past review conferences have clearly revealed a fundamental clash. Non-nuclear-weapon states, with the notable exception of those that are under the umbrella of extended nuclear deterrence, are dissatisfied with what they see as a lack of interest and of genuine will on the part of the nuclear-weapon states to engage in effective disarmament measures. On the other hand, the nuclear-weapon states have promoted an agenda of stricter nonproliferation constraints and bilateral or unilateral reductions or caps in their arsenals as necessary steps to create undisclosed conditions that would make disarmament possible at some unspecified time in a misty future. Mutual recrimination and self-serving argument prevail over constructive dialogue. Agreement on the language of final documents depends more on the level of tension among the major powers than on drafting skills to navigate around difficult points.

The successful adoption in 1995 of the resolution on the establishment of a zone free of weapons of mass destruction (WMD) in the Middle East was the main element of a package that permitted the indefinite extension of the NPT. The strengthened review process, another part of that package, should be put to more-effective use by the parties. The celebrated agreement on the 13 “practical steps for the systematic and progressive efforts to implement Article VI” of the NPT, including the “unequivocal undertaking” to accomplish the total elimination of nuclear weapons, owed much to the atmosphere of détente among the major powers that lasted until the dawn of the 21st century.

Soon after the turn of the century, however, developments showed that too much hope had been invested and too little political will in fact existed. The propitious climate was quickly replaced by extreme security positions and hostile attitudes. The proximate cause of the failure of the 2005 review conference was undoubtedly the frustration of Middle Eastern countries over the lack of progress since 1995, particularly on the WMD-free zone. Yet, among the critical underlying factors were the re-emergence at the start of the millennium of confrontation, mistrust, and rivalry among the nuclear-weapon states, as well as between those states and the non-nuclear-weapon states, and the disappointment of most non-nuclear-weapon states in what they perceived as lack of interest in disarmament by the nuclear-weapon states and their allies. The accomplishments of 1995, 2000, and 2010 are now hidden in the annals of history. Hope for a Middle Eastern WMD-free zone, however, proved to be a hardy perennial.

A new and to some extent surprising development in 2010 was the adoption of the Swiss proposal to make reference to the “catastrophic consequences” of any use of nuclear weapons. At first, the possessors of nuclear arsenals found it difficult to react negatively. At the session of the First Committee of the UN General Assembly later that year, however, some of them dismissed as a distraction the call from many non-nuclear-weapon states for a deeper understanding of the humanitarian consequences of a nuclear explosion and of the implications for environmental and health conditions worldwide. Dedicated governments and nongovernmental organizations, however, pursued the quest.

Three successful open-ended conferences were held in 2013 and 2014. At the 2015 NPT Review Conference, this effort, led by Austria, blossomed into the “Humanitarian Pledge.” More than 100 states have subscribed to this pledge, committing themselves to working toward filling the so-called legal gap on the elimination of nuclear weapons.[2] These developments galvanized the majority of the NPT non-nuclear-weapon states into looking for alternatives to the current impasses. Under the terms of the 1995 document on strengthening the NPT review process, the parties could hold a substantive discussion of the Humanitarian Pledge and other substantive aspects of and procedural preparations for the 2020 review conference. This discussion could be held at the start of the next review cycle, in 2017.

Interest in a convention banning the use of nuclear weapons has grown steadily over the past decade or so. In 2008, UN Secretary-General Ban Ki-moon added his voice to those in support of a nuclear weapons convention. Many believe that the time has come for the community of nations to avail itself of this unprecedented opportunity to ban the last remaining category of weapons of mass destruction, the most indiscriminate and harmful of all, through a multilateral instrument of positive international law.

Amid widespread skepticism, a draft final document was presented at the last plenary meeting of the 2015 review conference. If it had been adopted, it would have recommended that the forthcoming session of the UN General Assembly establish an open-ended working group “to identify and elaborate effective measures for the full implementation of [NPT] Article VI.” It also would have mandated that the UN secretary-general convene, no later than March 2016, “a conference aiming at launching a continuous process of negotiating and concluding a legally binding treaty establishing a Middle East zone free of nuclear weapons and all other weapons of mass destruction.”

In the end, however, three states—Canada, the United Kingdom, and the United States—blocked consensus on the draft as a whole, citing “unrealistic and unworkable conditions included in the draft text.” Many observers considered it odd that agreement on that attempt to revive the moribund 2010 accord on a Middle Eastern WMD-free zone was prevented on behalf of a state that is not a party to the NPT and is widely believed to be the only one in the region possessing nuclear weapons. One can only hope that this failure will not be the coup de grâce to the two long-standing NPT objectives of accelerated progress on nuclear disarmament and on establishing a Middle Eastern WMD-free zone.

The NPT is the most widely subscribed multilateral nuclear disarmament treaty. Its parties include the five nuclear-weapon states, which, in joining the treaty, made a legally binding commitment to nuclear disarmament. The NPT’s credibility cannot be maintained through anodyne final documents ritually produced by review conferences. The following specific actions are required.

The long-standing efforts of the international community to forge a realistic, sensible path to achieve nuclear disarmament seem to have hit a dead end. Substantive achievements to curb the proliferation of nuclear weapons have not been met by any comparable progress in nuclear disarmament. Unless the gap between promises and effective measures is filled, the legitimacy, authority, and appeal of the NPT will inexorably wane. Developments over the next five years will be crucial for the permanence or the unraveling of this vital piece of international law.

1. The extension portion of the 1995 NPT Review and Extension Conference succeeded through the adoption of a package of three decisions and a resolution on the Middle East, but the review portion failed to adopt a final document. See Jayantha Dhanapala and Randy Rydell, “Multilateral Diplomacy and the NPT: An Insider’s Account,” UNIDIR/2005/3, 2005, pp. 47–57.

2. In this context, the term “legal gap” refers to the lack of an explicit prohibition of nuclear weapons and the need to establish of a framework for their elimination. Article 36 and Reaching Critical Will, “Filling the Legal Gap: The Prohibition of Nuclear Weapons,” April 2015, http://www.article36.org/wp-content/uploads/2015/05/A36-RCW-gaps-table-updated.pdf.