"I actually have a pretty good collection of Arms Control Today, which I have read throughout my career. It's one of the few really serious publications on arms control issues."
– Gary Samore
Former White House Coordinator for Arms Control and WMD Terrorism
STRATCOM Shifts on Nuclear Costs

U.S. Strategic Command appears to be backing away from a September 2014 estimate that maintaining and modernizing the U.S. nuclear arsenal “will require close to 10 percent” of the Defense Department budget “for a period of time.”

Adm. Cecil Haney, who has led STRATCOM since November 2013, made the estimate in a letter to Rep. Mike Rogers (R-Ala.), the chairman of the House Armed Services Strategic Forces Subcommittee. But at a Feb. 26 subcommittee hearing, Haney said the figure was likely to be in the range of “5 percent to 6 percent.” 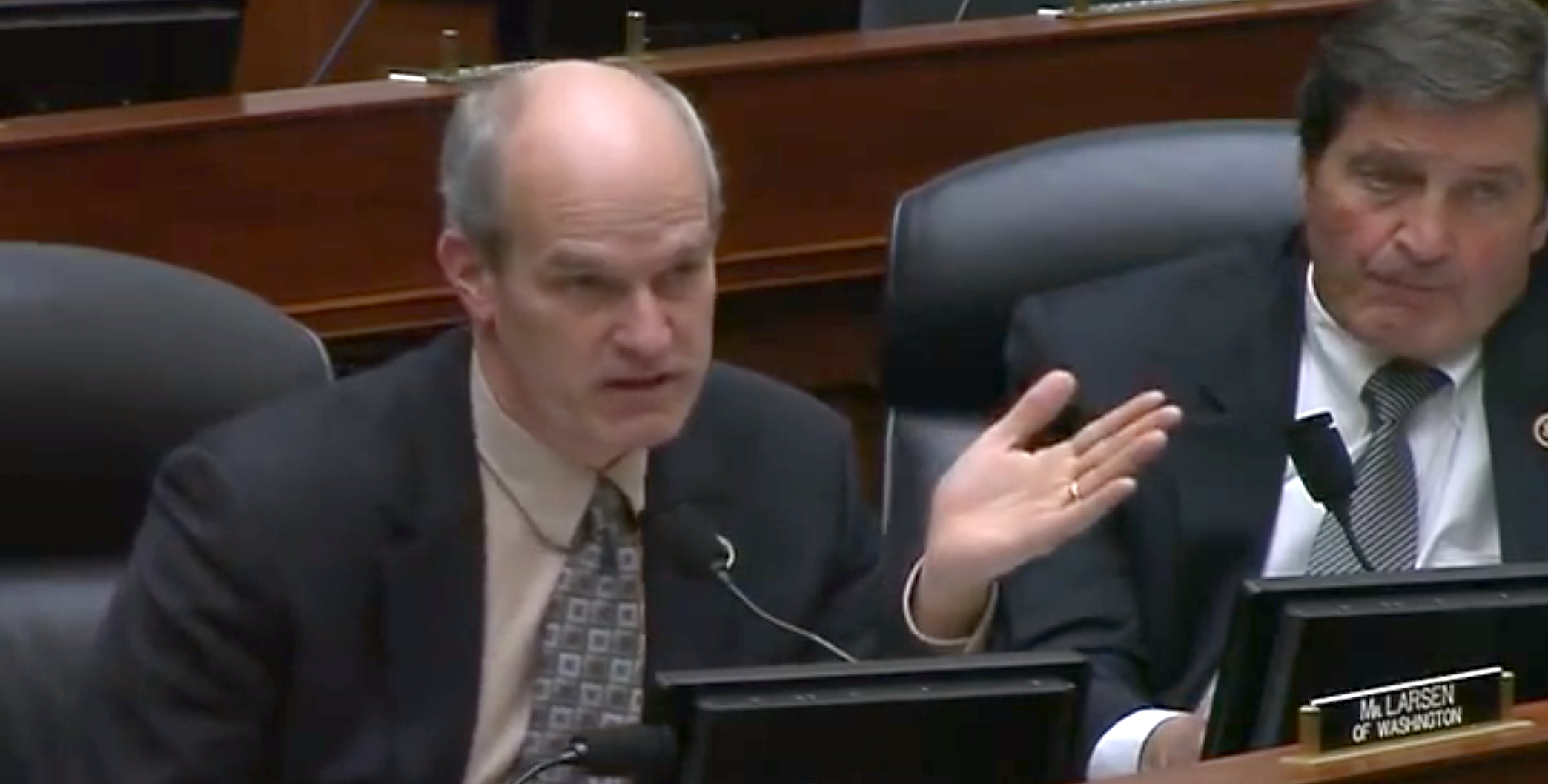 Rep. Rick Larsen (D-Wash.) first disclosed the existence of the letter at the hearing. Arms Control Today subsequently obtained a copy of the letter, which has not been publicly released.

In the letter, Haney says the Defense Department currently spends 2.5 percent of its budget on nuclear forces but that current plans to rebuild U.S. nuclear-armed missiles, submarines, and bombers and the associated nuclear warheads and supporting infrastructure for these weapons will cause this ratio to quadruple in the future. Haney defended the large anticipated surge in funding, writing that “the cost of losing a credible deterrent capability would likely be much greater not only in dollars, but potentially in terms of freedom and sovereignty.”

The letter does not detail how STRATCOM calculated total nuclear weapons costs or specify the period of time and anticipated size of the Pentagon budget during which nuclear weapons spending could peak at 10 percent of military spending.

At the hearing, Larsen asked Haney how STRATCOM is thinking about the spending trade-offs that would be required to accommodate increased spending on nuclear weapons programs within the Defense Department, noting that 10 percent of the budget “over any period of time is a lot.”

In response, Haney appeared to back away from the 10 percent estimate, stating that “as I look at some of the Congressional Budget Office [CBO] work that is ongoing, more specifically, as it looks over a period…in the 2020[s] to 2030s, when we would have to recapitalize the bulk of our strategic forces,” the cost of nuclear weapons is “really [on] the order of 5 percent to 6 percent” of the Defense Department’s budget.

A January 2015 CBO report estimated that current plans to sustain and modernize the U.S. nuclear arsenal will cost $348 billion between fiscal years 2015 and 2024, or 5 to 6 percent of the total cost of the Obama administration’s plans for national defense over that period. (See ACT, March 2015.)

In an e-mail exchange with Arms Control Today, STRATCOM declined to outline the assumptions behind the estimates contained in the September letter or clarify whether Haney has disavowed the 10 percent estimate. In a March 17 e-mail, STRATCOM spokesman Lt. Col. Martin O’Donnell said, “I would refer you back to the Admiral’s testimony” and quoted from the exchange with Larsen.

Meanwhile, high-ranking Defense Department officials continue to warn that the United States may not be able to afford the growing cost to sustain and modernize U.S. nuclear forces, especially in light of the spending limits set by Congress in the 2011 Budget Control Act. The Obama administration proposed a major funding hike in the fiscal year 2016 budget request for nuclear weapons programs.

At a March 4 hearing of the Senate Armed Services Strategic Forces Subcommittee, Frank Kendall, undersecretary of defense for acquisition, technology, and logistics, said that as the Pentagon starts to actually build new submarines, missiles, and bombers in the early 2020s, it is going to “start to have a problem finding ways to afford these systems.”