"I want to thank the Arms Control Association … for being such effective advocates for sensible policies to stem the proliferation of weapons of mass destruction, and most importantly, reduce the risk of nuclear war."
– Senator Joe Biden
January 28, 2004
Iran, P5+1 Said to Be Close to Deal 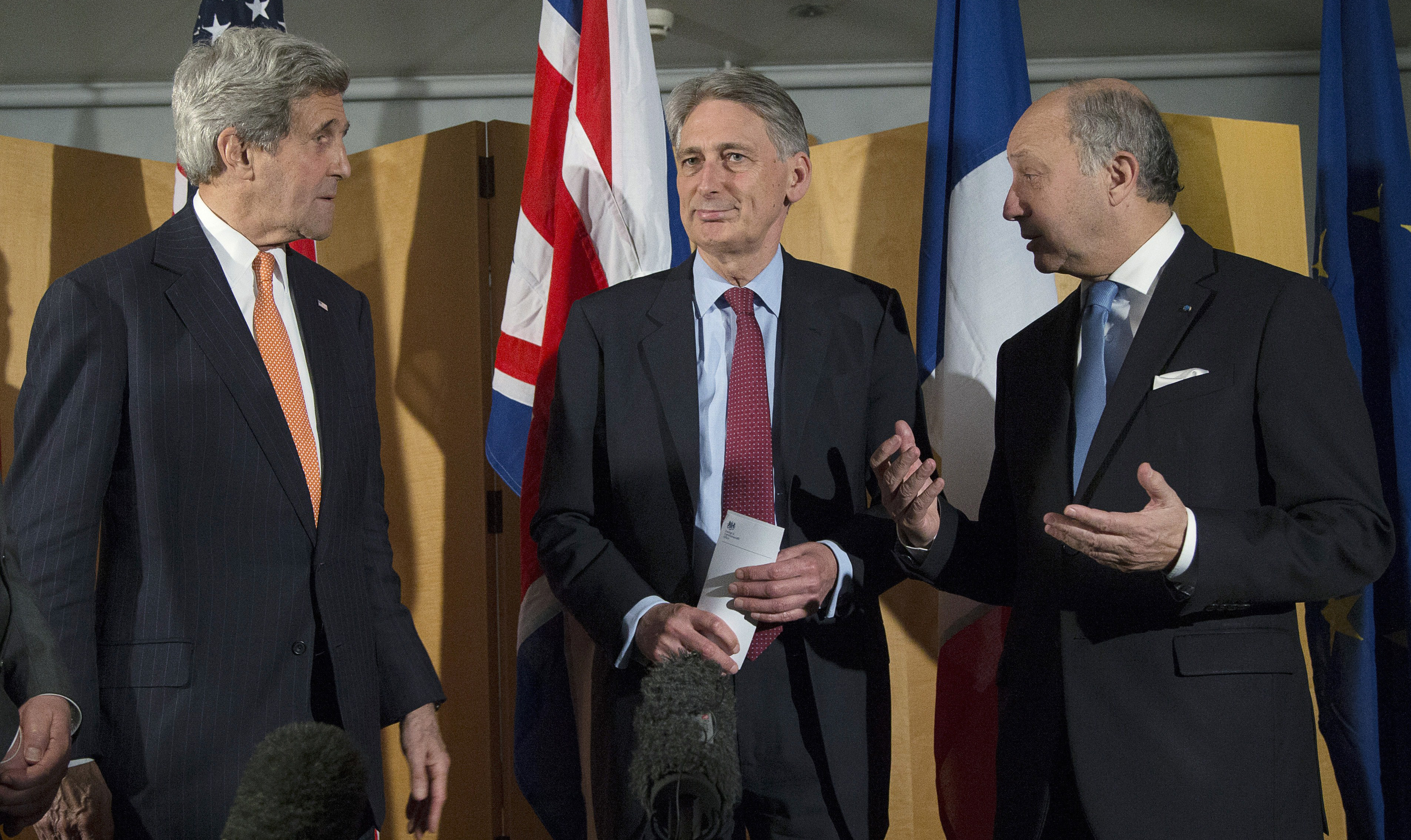 Iran and six world powers were close to reaching a framework agreement that defines Iran’s nuclear activities and lays out a path for sanctions relief, but two areas must be resolved first, an official involved with the talks said as the negotiations entered a critical stretch late last month.

Defining the parameters of Iran’s research and development program on advanced centrifuges and determining the sequence of sanctions relief remain the primary obstacles to a framework deal, the official said in a March 19 interview. He characterized the differences in approach on these issues as “serious but resolvable.”

Iran and the six countries known collectively as the P5+1 (China, France, Germany, Russia, the United Kingdom, and the United States) met March 15-20 in Lausanne, Switzerland, The talks broke for four days and resumed in Lausanne on March 25. They were continuing as Arms Control Today went to press.

Last November, when Iran and the P5+1 agreed to extend talks on a comprehensive nuclear deal, the parties announced that they would try to reach a framework agreement within four months and complete a comprehensive deal, including technical annexes, by June 30. (See ACT, December 2014.)

Iran maintains that its nuclear program is entirely peaceful, but the P5+1 is concerned that Iran could choose to develop nuclear weapons.

At a March 21 press conference, U.S. Secretary of State John Kerry, who was in Lausanne for the talks, said the two sides had made “substantial progress” toward an agreement but that “important gaps remain.”

Also on March 21, Iranian President Hassan Rouhani said that there is “nothing that cannot be resolved” and that the progress made during the week at Lausanne can be the “foundation for a final agreement.”

Kerry said he had spoken by telephone with the Russian and Chinese foreign ministers and was going to London for consultations with his counterparts from France, Germany, and the UK. He said he then would return to Lausanne to “determine whether or not an agreement is possible.” Kerry and Iranian Foreign Minister Mohammad Javad Zarif returned to the Swiss city when the talks resumed on March 25.

Consultations were necessary because the P5+1 countries have different views on sanctions relief, according to the official involved with the talks.

Kerry did not directly address that point, but said that the United States and its partners are “united in our goal, our approach, our resolve, and our determination” to reach a deal that ensures that Iran’s nuclear program is peaceful.

The disagreement among the members of the P5+1 relates primarily to when the UN Security Council sanctions are lifted, said the official involved with the talks.

Iranian officials have said they would like to see the UN Security Council sanctions, which they claim are illegal, removed early in an agreement. The P5+1 countries, however, have said they prefer to keep some of the sanctions in place and lift them later.

Various statements by officials from P5+1 countries seem to indicate that some of them favor suspension of some of the sanctions early in the agreement, while others do not. Suspension would keep the sanctions in place, but the measures would not be enforced.

In the past, officials from P5+1 countries have tied removal of sanctions to completion of the investigation by the International Atomic Energy Agency (IAEA) into Iran’s past nuclear activities, including those with possible military dimensions.

The UN Security Council first placed sanctions on Iran in 2006, after the IAEA referred Iran’s case to the council. The IAEA said Iran was not providing it with the information and access it needed to declare that Iran’s nuclear program is entirely peaceful.

Defining the limits of Iran’s research and development program is the key remaining gap on the technical side of the negotiations, said the official involved with the talks.

The P5+1 officials say they want to limit research, testing, and development of advanced centrifuge machines, which enrich uranium more efficiently. This is based on the concern that testing and development of advanced machines could allow Iran to move quickly toward enrichment of uranium to weapons-grade levels or that Iran could begin stockpiling advanced machines and quickly pursue a nuclear weapons program after the limits imposed by an agreement expire.

Iran is currently enriching uranium to reactor grade, or less than 5 percent uranium-235, using its first-generation IR-1 centrifuges. Iran currently has nearly 19,000 IR-1 machines installed, of which about 10,200 are operating. But the IR-1 model is inefficient and crash prone. 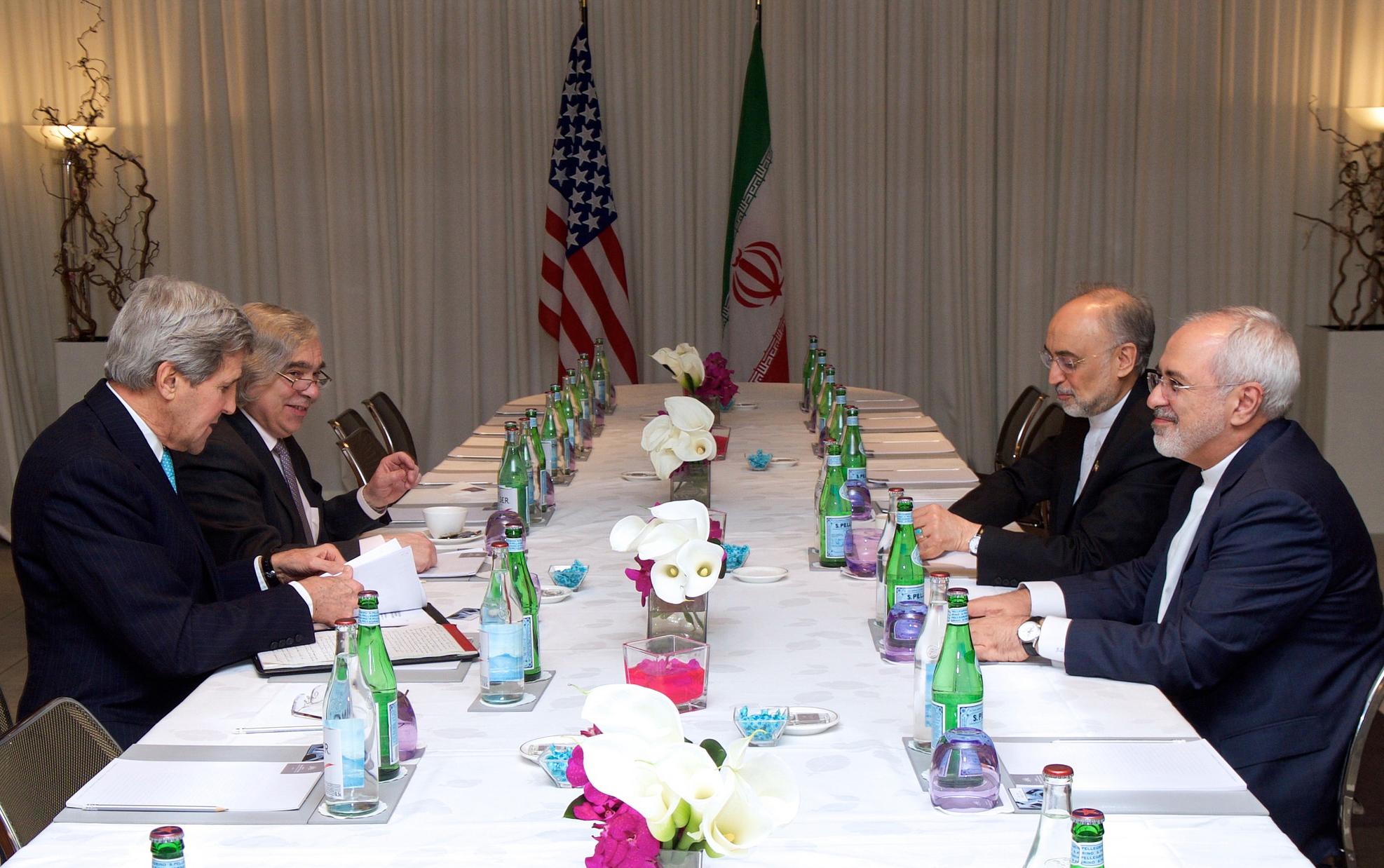 U.S. Energy Secretary Ernest Moniz and his Iranian counterpart, Ali Akhbar Salehi, head of the Atomic Energy Organization of Iran, attended both rounds of Lausanne talks. Both are involved in assessing the proposals for limiting and monitoring Iran’s nuclear program under a deal.

Moniz has joined the talks only in the past two months, but his agency has played a role in the negotiations since they began in the fall of 2013, a senior U.S. official told reporters on March 17.

The official said that the Energy Department has analyzed a variety of technical aspects of the agreement, including Iran’s breakout capabilities under different scenarios.

Breakout is the amount of time it would take for Iran to produce enough weapons-grade uranium, which would be 25 kilograms of uranium enriched to more than 90 percent U-235, for one bomb.

Currently, Iran could break out in two to three months, according to U.S. officials. Kerry and the U.S. negotiators have said that time will be extended to 12 months or more under the deal.

The U.S. official said that Energy Department laboratory experts and nongovernmental experts have been involved in reviewing the technical analyses.