The International Atomic Energy Agency (IAEA) confirmed the announcement on April 8, when Nicaragua became the 102nd state-party to the Convention on the Physical Protection of Nuclear Material (CPPNM) to deposit its instrument of ratification for the 2005 amendment to the treaty. 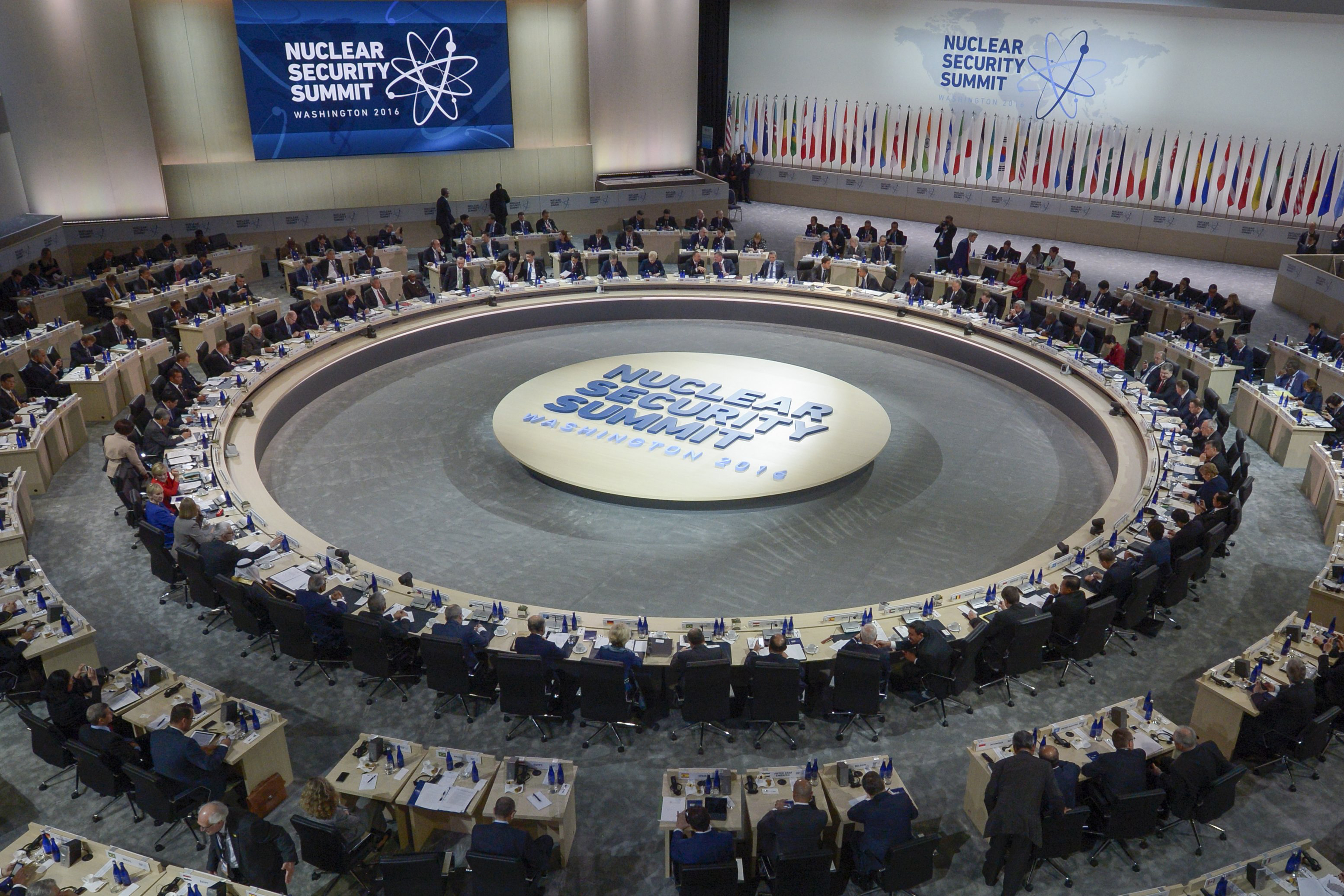 Two-thirds of the states-parties to the original CPPNM must complete the ratification process for a proposed amendment to be approved and take effect. The newly approved amendment will enter into force May 8.

In an April 1 press briefing at the end of the two-day summit, Obama said that entry into force of this treaty will provide “more tools” in the event of the theft of nuclear materials or an attack on a nuclear facility.

Since Obama hosted the first summit focused on preventing nuclear terrorism and securing nonmilitary nuclear materials in 2010, entry into force of the 2005 amendment to the CPPNM has been a key priority. After the initial call for ratification at the 2010 summit in Washington, it was reiterated at the subsequent gatherings in Seoul in 2012 and The Hague in 2014. At the 2012 summit, leaders set the goal of entry into force by the end of 2014.

Several summit participants completed ratification of the amended treaty in the weeks leading up to the meeting, including Azerbaijan, New Zealand, and Pakistan. The United States, after committing to ratify the amended treaty at the 2010 summit, completed the process last July.

Over the course of the six-year summit process, countries made more than 260 specific commitments to improve nuclear security, Obama said in his April 1 remarks.

Beginning with the 2010 summit, each country was encouraged to make specific commitments to enhance nuclear security at each subsequent summit. Beginning in 2012, countries could also make commitments in coordination with other countries in the form of joint statements (see box below).

In addition to the elimination and consolidation of weapons-usable nuclear material, Obama noted that the summit commitments included state actions to improve nuclear security by strengthening regulations and physical security of nuclear facilities and multilateral cooperation to prevent nuclear smuggling. 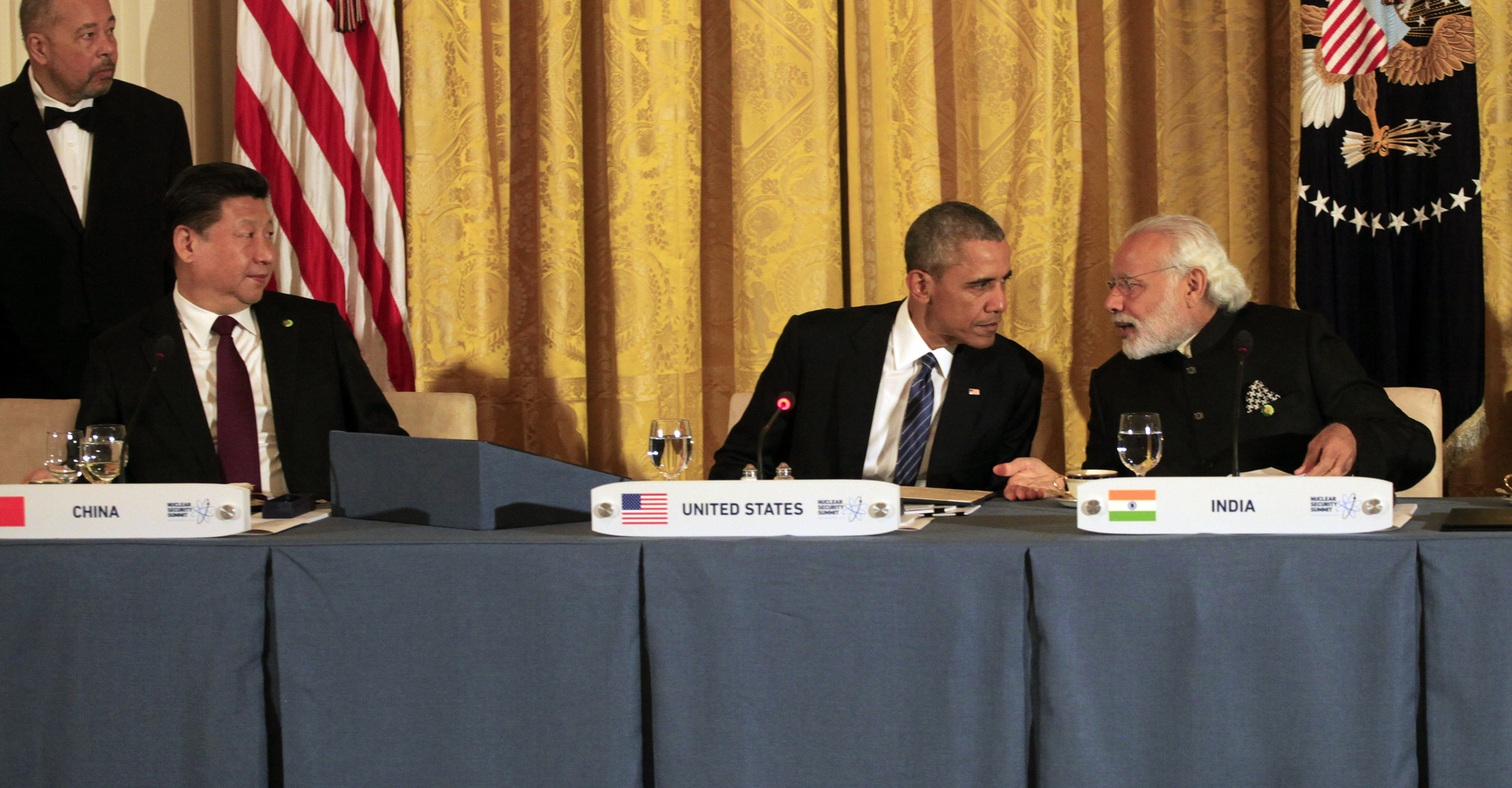 A European official at the summit said on April 14 that some of the “more notable accomplishments” at this summit came from China and India, countries that have stockpiles of weapons-usable materials for civilian uses.

The official said these countries “finally stepped up” and joined one of the major multilateral initiatives to emerge from the summit process.

A 2014 joint statement committed subscribing states to meet the intent of the IAEA’s voluntary guidelines on nuclear security in their domestic laws and regulations. China and India did not sign the joint statement in 2014, but committed to it at this year’s summit.

An official from an Asian country pointed to an increased number of peer reviews as an important accomplishment of the summit process. He said that the summit process “transformed” the IAEA International Physical Protection Advisory Service (IPPAS) from “a practice for states with security concerns to an accepted best practice.”

More than 20 countries, including China, France, Indonesia, Japan, the United Kingdom, and the United States, requested IPPAS missions over the course of the summit.

The Asian country official said that the summit process could have done more to encourage states to examine protections against cyberattacks or sabotage, which he identified as growing threats that “many countries are not prepared to combat.”

The UK did offer a joint statement on enhancing cybersecurity at nuclear facilities. It includes holding workshops to address areas at risk from cyberattacks and reporting to the IAEA on the progress made to address these threats. Twenty-eight countries signed on to the statement.

One of the initial goals for the summit process that Obama announced in April 2009 in Prague was to “lock down” weapons-usable nuclear material in the civilian sector. When the summits began in April 2010, 32 countries possessed weapons-usable materials. By April 2016, that number had dropped to 22 countries.

Obama said in his April 1 press conference that, over the course of the summit process, “more than 3.8 tons” of highly enriched uranium (HEU) and plutonium has been removed or secured. That is “more than enough to create 150 nuclear weapons,” he said.

At the recent summit, Argentina announced that it had gotten rid of its remaining HEU, joining more than a dozen countries that removed all weapons-usable material over the course of the summit process.

With the elimination of Argentina’s remaining stockpile, South America is free of weapons-usable materials.

While acknowledging that minimizing the number of countries with weapons-usable nuclear materials is significant, the European official said these efforts are “just a drop in the bucket” in comparison to the stockpiles of materials in the military sector.

According to a January report from the nongovernmental Nuclear Threat Initiative, 83 percent of weapons-usable material is in military stockpiles. Military stockpiles were not targeted as part of the summit process.

During the summit, however, the United States released information on the security of its military stockpiles. A White House summary document released at the summit provided some details on U.S. security for these materials, which includes steps such as personnel reliability programs and physical protection measures that meet or exceed IAEA recommendations for storage of nuclear materials.

In another step toward greater openness, Washington publicly released data on the size of its HEU stockpiles for the first time in 15 years. According to a White House press release on March 31, the United States had 586 metric tons of military and civilian HEU as of September 2013. The United States held 740 metric tons in 1996, according to the release.

The European official said that Washington’s announcement of its stockpile size was a “positive step toward greater transparency” that he hoped would encourage similar steps from countries such as China and Russia.

Some countries, such as France, already produce submarines that use LEU.