Governments agreed last month on a recommendation for a more formal process for discussing lethal autonomous weapons systems in meetings that would begin in 2017.

That process, if approved in December, would seek to identify options for weapons that are sometimes called “killer robots.” A growing number of governments and experts have called for a pre-emptive ban on the weapons systems. 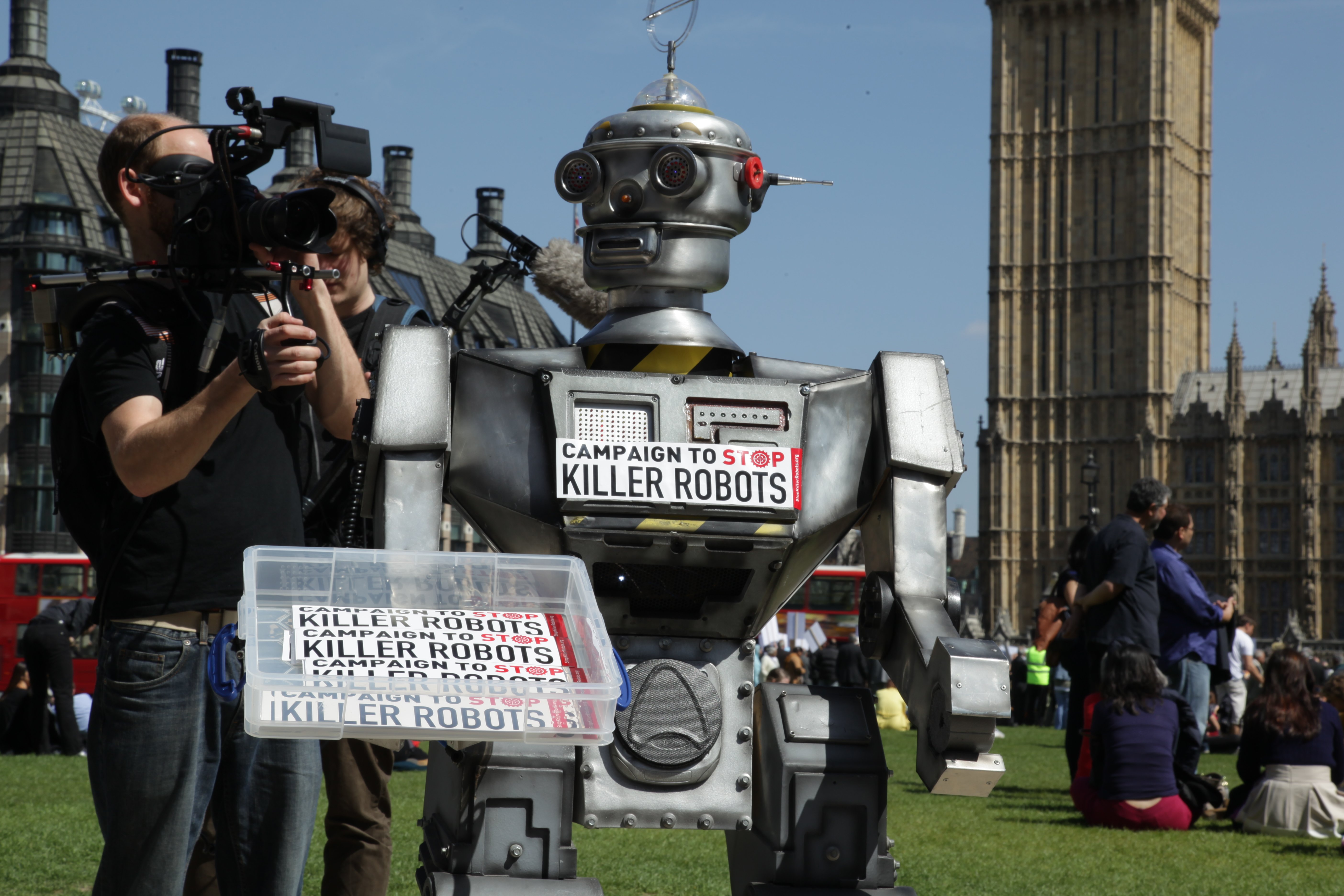 Although the exact definition of the systems remains contentious, many officials and experts have expressed concern that such weapons could use lethal force without “meaningful human control.”

For each of the past three years, experts have met in one-week informal meetings under the auspices of the Convention on Certain Conventional Weapons (CCW). At the latest gathering, held April 11-15 in Geneva, officials recommended that a more formal group of governmental experts be established to “meet for an appropriate period of time starting in 2017 to explore and agree on possible recommendations on options related to emerging technologies in the area of [lethal autonomous weapons systems].” Although CCW states-parties would make any decisions, the group’s meetings would be open to officials from other governments and to civil society experts. That has been the case for the informal meetings thus far.

The proposed approach is expected to be approved at the upcoming December 12-16 CCW review conference, where the parties would provide further clarification on the duration and timing of meetings.

Initially the group would be charged with elaborating a working definition of lethal autonomous weapons systems and applying relevant international law to them, with a report on progress related to such technical issues due at a meeting of states-parties in late 2017, according to the recommendations forwarded last month.

Although the April meeting ultimately called only for looking at “options,” Michael Biontino, the German ambassador to the Conference on Disarmament who chaired the meeting, noted in his report that a number of states supported either a ban or moratorium on the weapons. The Campaign to Stop Killer Robots, a civil society coalition calling for a ban on developing and deploying lethal autonomous weapons, has identified more than a dozen countries supportive of a pre-emptive ban.

These governments are joined by more than 3,000 robotics and artificial intelligence experts, as well as science and technology leaders such as Stephen Hawking, Elon Musk, and Steve Wozniak, who have signed an open letter calling for “a ban on offensive autonomous weapons beyond meaningful human control” that was announced in July 2015.

In one indication of the number of issues still under discussion, Michael Meier, the State Department official who headed the U.S. delegation at the April meeting, reiterated the U.S. preference for the term “appropriate levels of human judgment” instead of “meaningful human control.” While expressing support for the CCW process in his opening remarks on April 11, Meier made clear that current U.S. policy, as detailed in a Defense Department directive in November 2012, “neither encourages nor prohibits the development” of lethal autonomous weapons systems.