"I actually have a pretty good collection of Arms Control Today, which I have read throughout my career. It's one of the few really serious publications on arms control issues."
– Gary Samore
Former White House Coordinator for Arms Control and WMD Terrorism
Nuclear Weapons Budget More Than Enough to Maintain Arsenal and Modernize Complex

For months, senators such as Minority Whip Jon Kyl (R-Ariz.) have been threatening to delay consideration of the New Strategic Arms Reduction Treaty (New START) until they are assured that there is a technically sound and adequately-funded plan to maintain the U.S. nuclear arsenal.

In reality, the technical strategy for maintaining the effectiveness and reliability of the U.S. nuclear stockpile has been in place for more than a decade. Eighteen years after the last U.S. nuclear test explosion, it is clear that the arsenal can be maintained without nuclear test explosions and without pursuing new warhead designs. Over the past decade, the National Nuclear Security Administration's (NNSA) life extension programs have successfully refurbished existing types of nuclear warheads and can continue to do so indefinitely.

With the Barack Obama administration's $85 billion, 10-year plan to maintain the nuclear arsenal and modernize the nuclear weapons complex, it is now also abundantly clear that the weapons laboratories have more than enough funding to do the job.

At the request of Senators John Kerry (D-Mass.) and Richard Lugar (R-Ind.), the directors of the three U.S. nuclear weapons laboratories wrote last week that they are "very pleased" with the recently updated $85 billion budget to maintain the U.S. nuclear stockpile and modernize the weapons complex.

The lab directors' endorsement should put to rest any lingering doubts about the adequacy of U.S. plans to ensure a safe, secure and reliable nuclear stockpile under New START.

A Budget to "Kill For"

In May, the administration outlined an $80 billion, 10-year plan for NNSA nuclear weapons activities, which was almost 15% percent above current (fiscal year 2011) spending levels.

As Secretary of Defense Robert Gates wrote in his preface to the April 2010 Nuclear Posture Review (NPR), "These investments, and the NPR's strategy for warhead life extension, represent a credible modernization plan necessary to sustain the nuclear infrastructure and support our nation's deterrent." The administration's plan calls for spending an additional $100 billion over the same period to upgrade strategic nuclear delivery systems.

$85 Billion is More Than Enough

By any common-sense definition, the U.S. nuclear weapons complex will get more than enough resources to maintain the effectiveness of the enduring U.S. nuclear weapons stockpile for years to come. That stockpile has been reduced by over 80% from its peak of 30,000 active warheads in the 1960's to about 5,000 today (see figure 1 below).

Despite this long-term, high-level commitment, some senators might still be concerned that the administration and Congress will not support higher funding levels for the nuclear weapons complex in the future.

The Senate Foreign Relation Committee's Oct.1 bipartisan resolution of advice and consent anticipated this concern, stating "the United States is committed to proceeding with a robust stockpile stewardship program, and to maintaining and modernizing the nuclear weapons production capabilities and capacities." To achieve these goals, the resolution says that the United States is committed to providing the necessary resources, "at a minimum at the levels set forth in the President's 10-year plan."

The resolution also states that "if at any time more resources are required than estimated in the President's 10-year plan," the President shall submit a report detailing: 1) how he proposes to remedy the shortfall; 2) the proposed level of funding required; 3) the impact of the shortfall on the safety, reliability, and performance of U.S. nuclear forces; and 4) "whether and why, in the changed circumstances brought about by the resource shortfall, it remains in the national interest of the United States to remain a Party to the New START Treaty."

Time to Get Real

Congress passed a Continuing Resolution (CR) Sept. 30 that includes the administration's $7 billion fiscal year2011 budget request for weapons activities at NNSA. Sen. Kerry said that this funding "sends a strong signal about this administration's commitment to keeping our nuclear arsenal at a viable and suitable level" under New START.

However, if the Senate does not approve New START, the administration may not be able to protect the NNSA weapons activities program from budget cutbacks, especially as Congress seeks to reduce the federal deficit. Senators of both parties should recognize that delaying approval of New START would create uncertainty about U.S. nuclear policy and jeopardize the fragile political consensus to increase funding to maintain the U.S. nuclear stockpile in the years ahead.

As Sen. Lugar put it on Nov. 17, "we are at a point where we're unlikely to have either the treaty or modernization unless we get real." -- TOM Z. COLLINA and DARYL G. KIMBALL 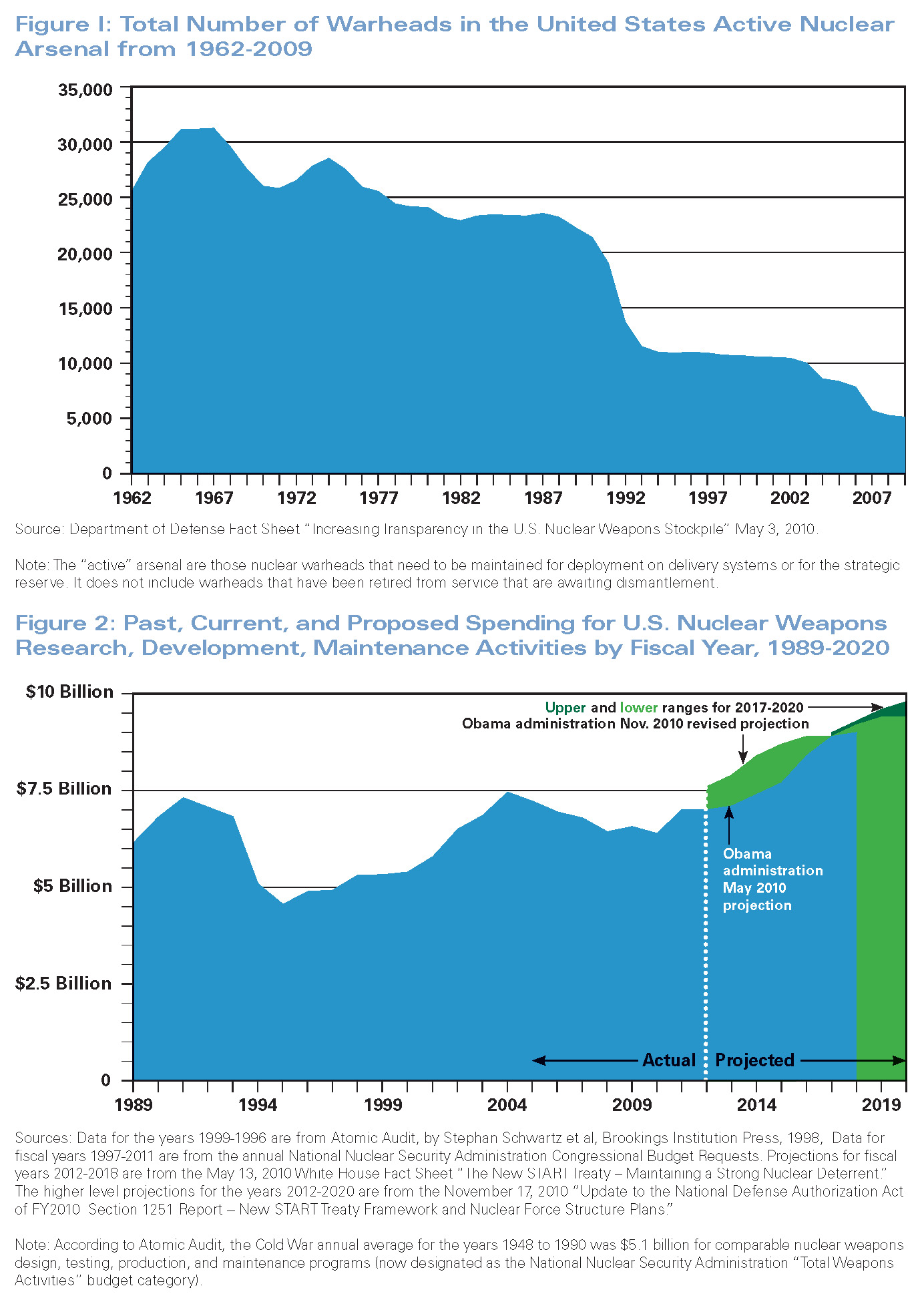