"I want to thank the Arms Control Association … for being such effective advocates for sensible policies to stem the proliferation of weapons of mass destruction, and most importantly, reduce the risk of nuclear war."
– Senator Joe Biden
January 28, 2004
May 2018
Edition Date:
Tuesday, May 1, 2018
Cover Image: 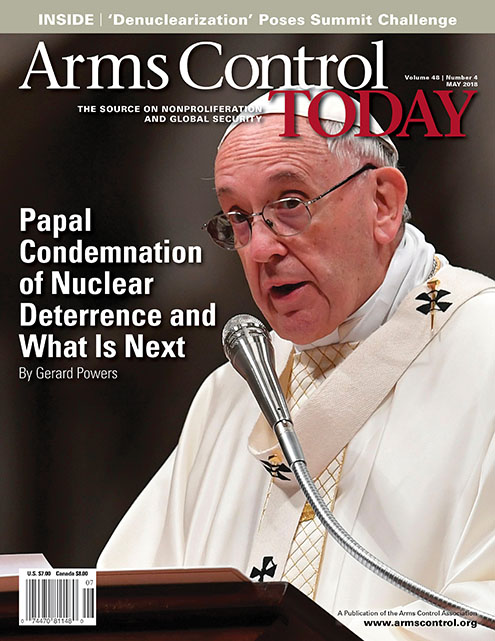 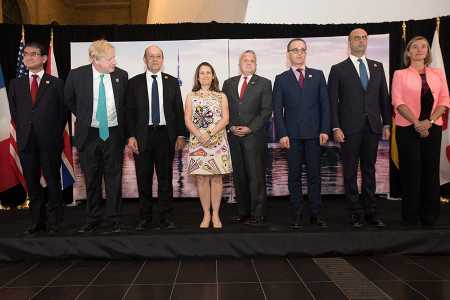 nd “a foundation for the pursuit of nuclear disarmament.” Without saying so explicitly, the language reflects their continuing rejection of the new Treaty on the Prohibition of Nuclear Weapons, even as some countries say nuclear-armed countries have not done enough under the treaty’s disarmament obligations. “While recognizing the constraints of the current international security environment, we remain strongly committed to the goal of ultimately achieving a world without nuclear weapons, to be pursued using practical and concrete steps in accordance with the NPT's emphasis on easing tension and strengthening trust among states,” according to the group statement following their April 23 meeting in Toronto.

The G-7 ministers did express support for the Comprehensive Test Ban Treaty (CTBT), which the United States signed in 1996 but has not ratified due to Republican opposition, and for “our commitments to promote the International Monitoring System” established through the CTBT to detect underground nuclear tests.—TERRY ATLAS