Authored by Kelsey Davenport on December 21, 2016

The Iran Deal Under Trump 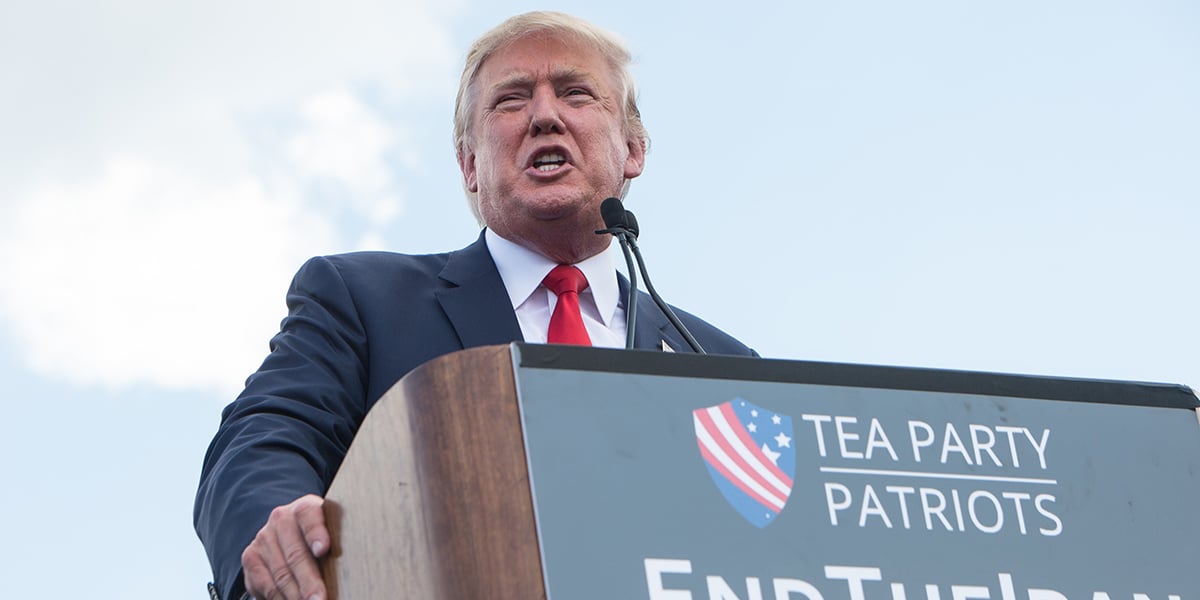 President-elect Donald Trump has yet to clarify his administration’s policy toward Iran and the July 2015 multilateral nuclear deal known as the Joint Comprehensive Plan of Action (JCPOA). But he will need to move quickly as Iranian news outlets are reporting that the spokesman for the Atomic Energy Organization of Iran said a meeting of the nuclear deal's Joint Commission will take place in early January and include members of the Trump team.

Trump’s advisors, however, have voiced conflicting views about the agreement. The presumptive National Security Advisor, former Director of the Defense Intelligence Agency Lt. Gen. Michael Flynn, and presumptive CIA Director, Congressman Mike Pompeo (R-Kan.), have opposed the deal in the past. More recently, Pompeo tweeted Nov. 17 that he looks forward to “rolling back this disastrous deal.”

But not all of Trump’s nominees favor scrapping the agreement. Former General James Mattis, Trump’s pick for Secretary of Defense said in a speech at the Center for Strategic and International Studies in April that “there is no going back” on the deal “absent a clear and present violation” by Iran. Mattis stressed that the United States would be alone if we did so and “unilateral economic sanctions from us would not have anywhere near the impact of an allied approach.”

Rex Tillerson, Trump’s nominee for Secretary of State, said in March that ExxonMobil would “take a look” at investing in Iran because of its resources. Until the nuclear deal with Iran was implemented in January 2016, U.S. sanctions prevented companies like ExxonMobil, where Tillerson is CEO, from investing in Iran’s oil fields.

European leaders, which have a major stake in the agreement, have emphasized continued commitment to the deal. EU foreign policy chief Federica Mogherini emphasized Nov. 13 that the deal is a multilateral agreement and said that it is in the “European interest” to “guarantee that the agreement is implemented in full.” French President François Hollande also voiced his support for the deal after Trump’s election, telling reporters Nov. 16 that the agreement “gives us all security” and that the “absence of the accord would be very serious.”

Before deciding on how to approach the nuclear deal with Iran, Trump would be wise to consider the nonproliferation benefits gained from the deal and the bleak prospects of renegotiation. The current agreement is working – by effectively blocking Iran’s pathways to nuclear weapons and providing intrusive monitoring. If the United States walks away from the deal, whittles away at the agreement, or provokes Iran into a violation, a new deal is extremely unlikely and the risks of a nuclear-armed Iran increase. —KELSEY DAVENPORT, director for nonproliferation policy

Note: An earlier version of this article referred to General Mattis as "brigadier general." We apologize for the error.

Congress passed a 10-year extension of the Iran Sanctions Act (ISA) Dec. 1, despite the Obama administration’s position that bill was unnecessary. Leading up to the 99-0 vote on ISA renewal in the Senate and the 419-1 vote in the House of Representatives, the Obama administration argued that it had the necessary authorities through other legislation and executive orders to reimpose sanctions if Iran is not complying with the nuclear deal.

The legislation became law Dec. 15 without President Barack Obama’s signature. Under the Constitution, if Congress is in session the president has 10 days to sign a bill or veto it. If the president does nothing, as Obama did in this case, the bill becomes law. Without the extension, ISA (originally signed into law in 1996) would have expired at the end of 2016.

Many of the provisions in the ISA are currently being waived as part of Washington’s commitments under the nuclear deal. In a statement following the bill becoming law Dec. 15, U.S. Secretary of State John Kerry announced the early renewal of sanctions waivers. Kerry said that even though the existing waivers were not impacted by the ISA extension, he wanted “to ensure maximum clarity and convey to all stakeholders that the United States will continue to uphold our commitments” under the deal.

Both Kerry and Obama reiterated that while the renewal was unnecessary, extension of the ISA is consistent with U.S. obligations under the nuclear deal. Per the text of the agreement (paragraph 26), the U.S. administration, respective of the roles of the executive branch and Congress, committed to refrain from imposing new nuclear-related sanctions and reimposing sanctions waived under the deal.

Officials in Iran are calling the decision to extend the ISA a violation of the nuclear deal. Iran’s President Hassan Rouhani called upon Obama to veto the legislation, saying if it passed it would be a “gross violation” and that Iran would “firmly respond.”

Rouhani also announced Dec. 13 that Iran would begin researching and developing naval nuclear propulsion for marine vessels. Rouhani said this was a response to the U.S. decision to renew ISA.

Specifically, he called for the Atomic Energy Organization of Iran to “plan the design and construction of a nuclear propeller to be used in marine transportation.” Rouhani said the work in this area would done in context of the agreement, and White House Spokesperson Josh Earnest said the announcement “does not run counter” to the deal.

Tehran’s rhetoric about the renewal violating the deal and decision to pursue naval nuclear propulsion, while unhelpful, is not surprising given the political sensitivities of sanctions relief in Iran. This is also not the first time that Iran has discussed forays into naval nuclear reactors. However, both sides need to avoid an escalatory spiral of reaction and counter-reaction that could eventually cause the agreement to collapse.

In a Dec. 19 statement after the trip, the IAEA said Amano also sought clarification on Iran’s announcement regarding naval nuclear reactor research and development.

Salehi said the work on naval propulsion will be conducted within the framework of the nuclear deal and IAEA safeguards. He said he spoke with Amano about how the project and “what undertakings” will fit within the IAEA’s “framework.”

The excess heavy-water, while concerning from a compliance perspective, does not pose a proliferation threat. Heavy water is used to moderate reactors that can produce plutonium for nuclear weapons. However, Iran’s only heavy-water reactor is being modified as part of the deal. When completed, the reactor will only produce negligible amounts of weapons-grade plutonium. In the future, Iran would be well-advised to keep its heavy-water stockpile under the 130 metric ton limit to prevent any escalation or provocation.

Per the Nov. 20 IAEA report, Iran was abiding by the other restrictions in the deal.

The Dangers of Dismantling the Nuclear Deal

Before taking steps that threaten the deal, Trump and the Republican-led Congress should evaluate the potential loss of nonproliferation benefits ensconced in the deal that contribute to U.S. security interests, and the likely obstacles to renegotiation.

If the deal falls apart, the international community would lose a number of significant nonproliferation benefits, including:

Additionally, by walking away from the international agreement, Trump would also be sending a dangerous message that United States cannot be trusted to honor its agreements and that the opinions of negotiating partners do not carry any weight in Washington. Under such circumstances, Iran would not be likely to enter into a new agreement with the United States.