Authored by Kelsey Davenport and Julia Masterson on April 15, 2020

The Atomic Energy Organization of Iran (AEOI) announced March 27 that it developed a new advanced centrifuge and would unveil the machine in April, but it appears that event may have been postponed due to the COVID-19 outbreak.

The AEOI may have intended to display the new centrifuge during a ceremony marking the country’s National Nuclear Technology Day, an annual event during which officials recap the country’s nuclear accomplishments of the past year. National Nuclear Technology Day was scheduled for April 8, but Behrouz Kamalvandi, a spokesman for the AEOI, said that Iranian President Hassan Rouhani decided to delay the ceremony, which included announcing 122 new nuclear accomplishments, because of the pandemic.

Iran is permitted to design new centrifuges under the 2015 multilateral nuclear deal, known as the Joint Comprehensive Plan of Action (JCPOA), but the agreement requires Iran to receive approval from the body set up to oversee implementation of the nuclear deal before producing and testing the new models. It does not appear that Iran sought or obtained approval. Tehran said in September 2019 that it would no longer be bound by the restrictions on research and development of advanced centrifuges outlined in the JCPOA. The decision to breach those limits was the third step Iran took to exceed the accord’s restrictions in response to the U.S. reimposition of sanctions in May 2018 in violation of the nuclear deal.

In his statement, Kamalvandi said that several of Iran’s advanced centrifuges “have reached a phase where we can industrialize them” and noted that the country can produce 60 advanced centrifuges a day. Kamalvandi also appeared to preview ambitious goals for the country’s uranium enrichment program, noting that “production above 250,000 [separative work units (SWU)] is definitely achievable, but our goal is to reach one million SWU.”

Under the 2015 nuclear deal with Iran, the country is limited to enriching uranium with 5,060 first-generation IR-1 centrifuges, which is less than 5,000 SWU per year (in kilograms of uranium), for ten years. Iran’s SWU capacity now exceeds the JCPOA’s limit after Tehran began enriching uranium using advanced centrifuge machines and IR-1s installed at Fordow.

Kamalvandi did not specify on what timetable Iran intends to pursue the 250,000 SWU and 1 million SWU goals, but both would require extensive expansion of Iran’s uranium enrichment capacity and are likely long-term goals. One million SWU would significantly exceed Iran’s uranium enrichment requirements, even if Tehran were to produce fuel domestically for the Bushehr nuclear reactor. The Bushehr reactor, which is fueled by the Russians, would require about 100,000 SWU per year.

Despite postponing planned National Nuclear Technology Day events, Ali Salehi, head of the AEOI, announced priorities for the nuclear program over the coming year in April 8 remarks. He said that continued construction on the two nuclear reactor units at Bushehr, modifications of the Arak reactor, and exploration of raw materials for the nuclear industry will be the AEOI’s main focus.—KELSEY DAVENPORT, director for nonproliferation policy, and JULIA MASTERSON, research assistant 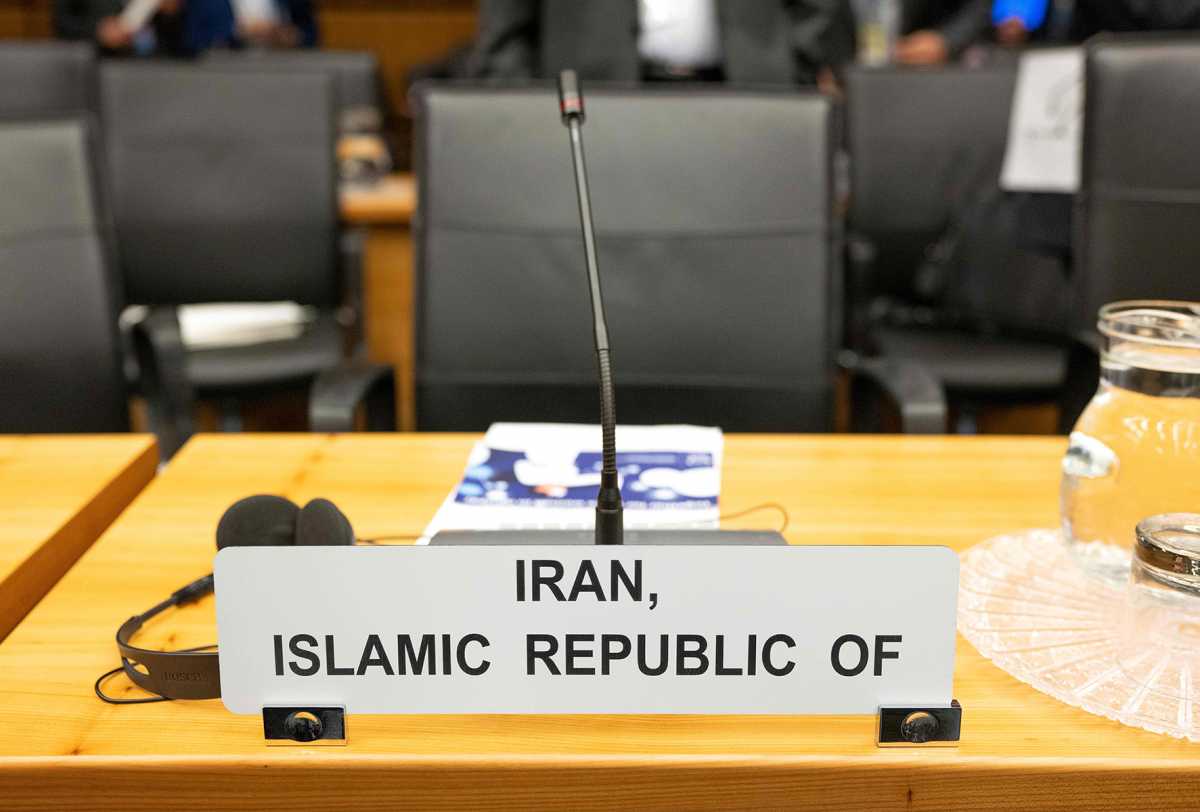 Under the 2015 nuclear deal, the IAEA has regular access to Iran’s declared nuclear sites to confirm that Iran’s nuclear activities are peaceful and that the country is abiding by the limitations detailed in the agreement.

While concerns have been duly raised regarding the agency’s ability to conduct inspections of the country’s nuclear program during the pandemic, Iranian officials provided assurance March 20 that “there are no limitations” for IAEA inspectors.

The Agency also reported in an April 7 press release that “all IAEA operations are continuing during the COVID-19 coronavirus outbreak,” but noted that safeguards inspectors do face travel disruptions. The IAEA’s statement did not specifically mention Iran.

Despite possible disruptions in on-site inspections, it is important to note, as former IAEA Head of Verification and Security Policy Tariq Rauf explained in the Bulletin of the Atomic Scientist March 25, that the IAEA also has  several preinstalled verification technologies that offer the opportunity to monitor nuclear activities remotely.

Notably, per the nuclear deal, the IAEA announced in January 2016 the installation of an online enrichment monitor to measure Iran’s uranium enrichment and to calculate the enrichment level of uranium in Iran’s gas centrifuges at the Natanz facility. According to the IAEA, the device “enables around-the-clock monitoring of the [Natanz] facility, which could previously only be verified by inspectors on-site taking samples and indirectly through the collection of environmental samples.”

As Rauf addressed in his article, the online enrichment monitor is ‘tamper-indicating’, meaning that the IAEA would be alerted of any efforts to disrupt the monitor’s activities.

The Instrument in Support of Trade Exchanges (INSTEX), Europe’s special-purpose vehicle designed to facilitate trade with Iran, made its first successful transaction March 31. The trading mechanism was created to circumvent U.S. sanctions that have prevented legitimate trading with Iran since the United States pulled out of the 2015 nuclear deal and reimposed sanctions in violation of the accord in May 2018. Through INSTEX, European-based companies can now engage with Iran without incurring economic penalties from the United States. 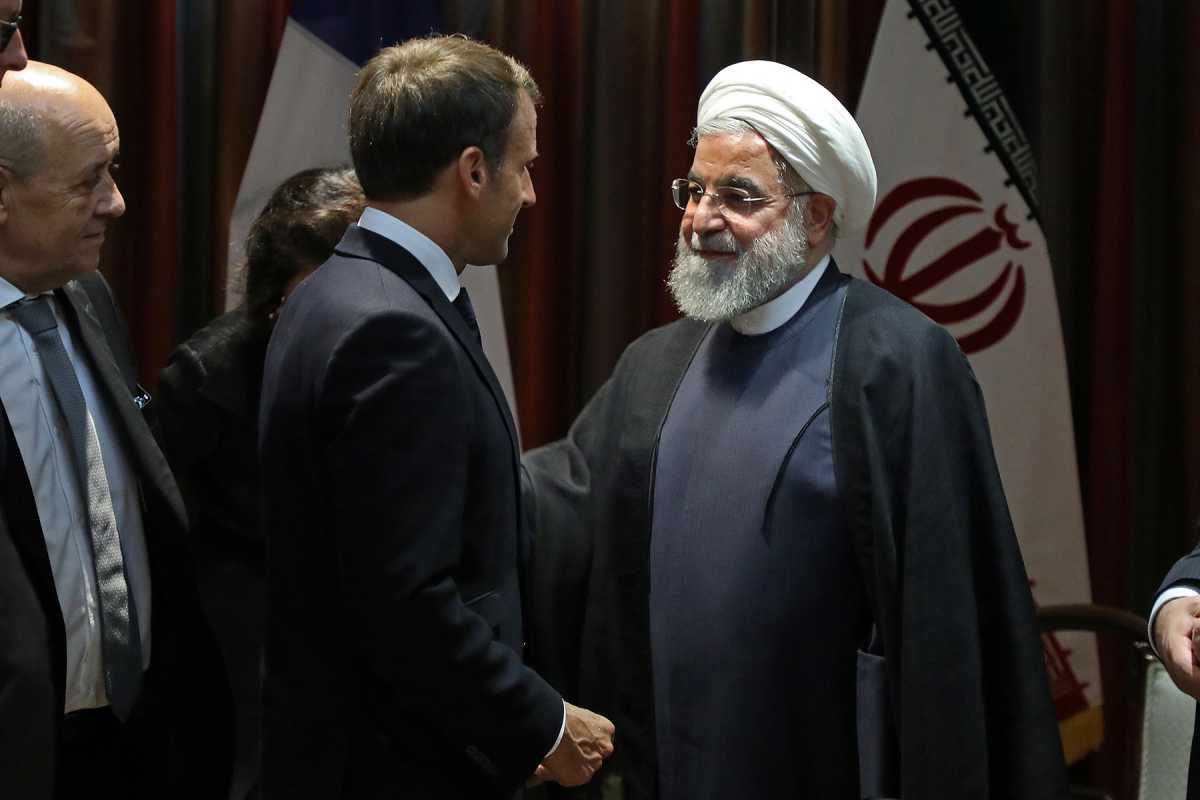 According to France, Germany, and the United Kingdom, the first INSTEX transaction facilitated Europe’s export of critically necessary medical supplies to Iran. Although exchanges of medical equipment and other humanitarian trade are not technically subject to U.S. sanctions, the economically consequential threat of U.S. sanctions penalties has served as a deterrent against all forms of trade with Iran.

INSTEX differs from Switzerland’s Swiss Humanitarian Trade Agreement (SHTA), which facilitates humanitarian trade with Iran, in that the INSTEX mechanism is not reliant on the U.S. dollar. Instead, INSTEX trades the value of Iranian goods for European goods and services in a barter-like system. Exchanges through the INSTEX mechanism are limited to humanitarian goods during the first phase but will eventually expand to include additional economic sectors.

The special-purpose vehicle was first announced in January 2019 in an effort by the European members of the Joint Comprehensive Plan of Action (JCPOA) to preserve the deal, which was founded upon the understanding that Iran would limit its nuclear activities in exchange for sanctions relief. Now active, it allows the European members of the deal to try and deliver upon some of the sanctions relief envisioned by the deal.

During a phone call with Iranian President Hassan Rouhani April 6, French President Emmanuel Macron said he “hoped that Iran would turn to the respect of its nuclear obligations, [and] refrain from taking new measures contrary to the JCPOA.” Though Tehran has responded positively to the initiative, Rouhani said it was “insufficient” and noted that “the initiative should not be limited to food and medical goods.”

Looking forward, the INSTEX mechanism may contribute to the preservation of the JCPOA as, and if, it expands its sectoral and geographical scope. Russia’s permanent representative to the IAEA Mikhail Ulyanov tweeted March 31 his support for expanding the INSTEX mechanism beyond the European Union’s borders.

The United States renewed waivers for four cooperative projects detailed in the 2015 nuclear deal. According to the March 30 State Department press release, the waivers will last for 60 days. The release noted that the United States “can adjust these restrictions at any time.” 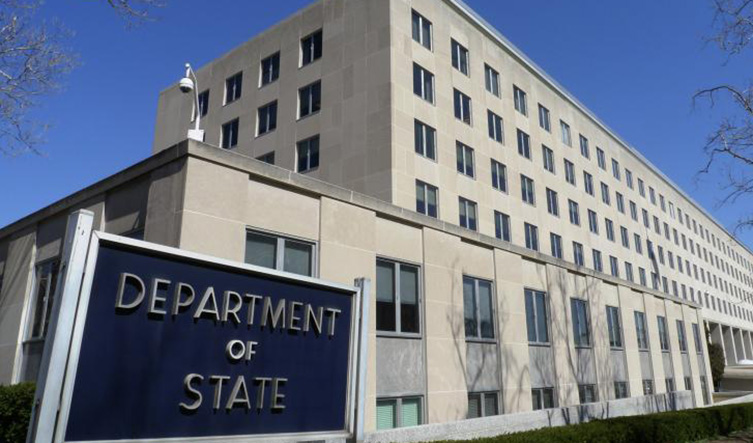 The State Department did not specify what four projects the waivers apply to, but they likely include cooperative work to modify tfhe unfinished heavy-water reactor at Arak, collaboration on fueling and maintaining the Bushehr nuclear power reactor, the transfer of fuel for the Tehran Research Reactor, and the removal of spent fuel from Iran.

Waiving sanctions for these projects serves U.S. nonproliferation interests by ensuring a reliable fuel supply for Iran’s reactors, thus removing the justification that increasing uranium enrichment is necessary to meet fueling needs, and by significantly reducing the annual output of weapons-grade plutonium that will be produced by the Arak reactor.

The waiver decision came two weeks ahead of Iran’s announcement that it would be shutting down Bushehr for inspection and refueling. Reza Banazadeh, director of the Bushehr nuclear power plant, said April 13 that the plant passed an assessment by the World Association of Nuclear Operators.

The State Department also issued a waiver March 26 allowing Iraq to continue importing energy from Iran. The statement noted that the United States is supporting “measures the reduce Iraq’s energy dependence on Iran.”

A majority of Iranians support Tehran’s decision to violate the 2015 nuclear deal but oppose developing nuclear weapons, according to a recent poll. 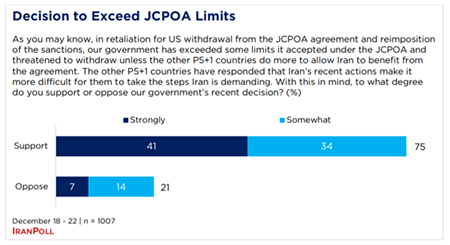 The Chicago Council on Global Affairs and Iran Poll conducted the poll in December 2019 and released the results March 31. The findings show that 75 percent of Iranians support the decision to exceed limits on uranium enrichment put in place by the JCPOA. The polling also found that 59 percent of Iranians say the government should not pursue nuclear weapons and 66 percent view nuclear weapons against the teachings of Islam. A greater majority, 90 percent, favor continued development of the country’s nuclear energy program.

Overall support in Iran for the JCPOA has also declined, with only 42 percent approving of the agreement. After the deal was finalized in July 2015, 76 percent of Iranians approved of the accord.

The data also indicates continued Iranian opposition to any future deal that would bar the country from domestic uranium enrichment: 73 percent of Iranians said they would reject a deal prohibiting enrichment in exchange for relief from most U.S. sanctions. The Trump administration has stated that any new nuclear deal with Iran should prohibit enrichment.

The report included results from a poll conducted in the United States in January 2020 asking what steps should be taken if Iran restarts development toward a nuclear weapon. Only 44 percent strongly supported or somewhat supported sending U.S. troops to destroy Iran’s nuclear facilities, whereas 66 percent supported rejoining the JCPOA and 85 percent supported continued diplomatic efforts to stop Iran from enriching uranium.