The Organization for the Prohibition of Chemical Weapons (OPCW) concluded with confidence that Syria’s Air Force was responsible for sarin and chlorine attacks on the rebel-held town of Ltamenah in March 2017. The OPCW’s findings are detailed in an inaugural April 8 report by the organization’s Investigation and Identification Team (IIT), a body established with a mandate to attribute responsibility for the use of chemical weapons in Syria. Chemical weapons attacks have continued on an irregular basis throughout the country’s ongoing civil war, despite Syria’s accession to the Chemical Weapons Convention in 2013 and the removal and destruction of its declared stockpile of some 1300 tons of chemical agent and associated equipment. 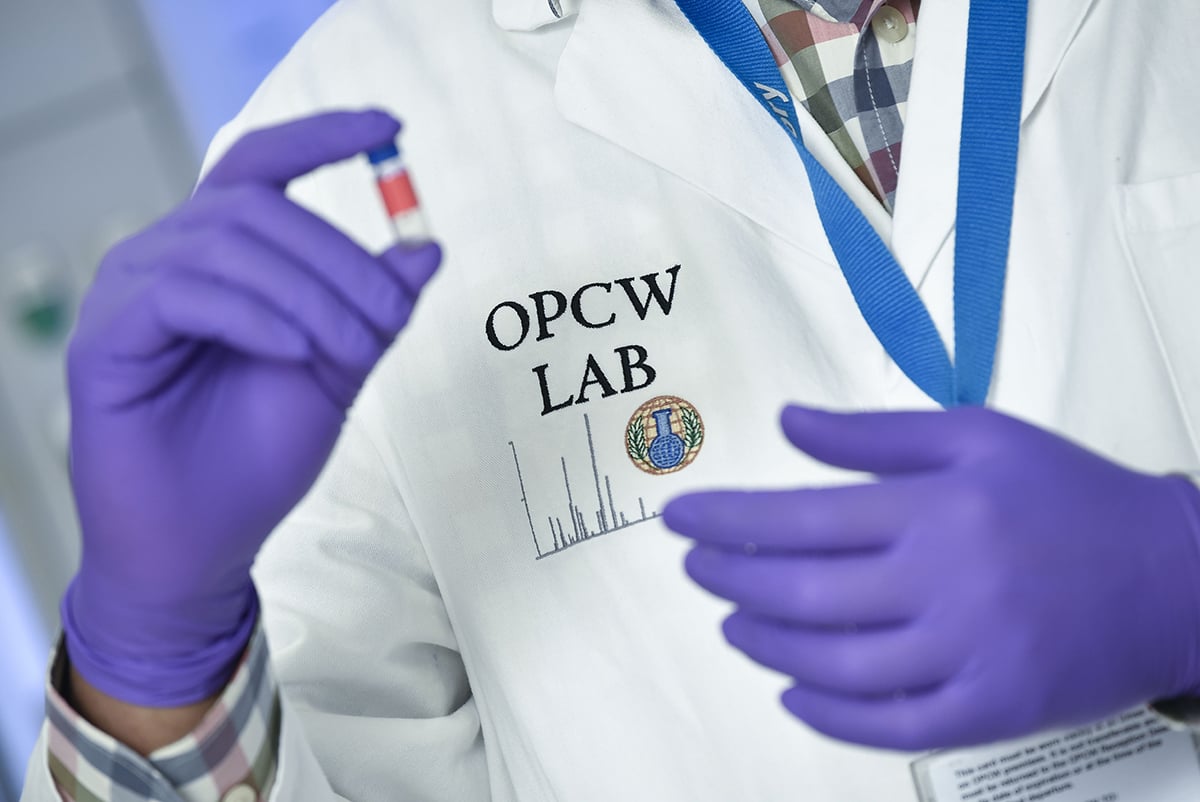 The IIT is not the first body assigned a mandate to attribute responsibility for the use of chemical weapons in Syria, but it is the only investigative body active today. The IIT is preceded by the United Nations-OPCW Joint Investigative Mechanism (JIM), established in 2015. The JIM attributed responsibility for four of the six chemical incidents it investigated to the Syrian government but was dissolved by a Russian UN Security Council veto in 2017, which brought the work of the JIM to a halt.

The majority of OPCW states parties, however, were determined to hold CWC violators accountable. To overcome Moscow’s veto power at the UN Security Council, they proposed the establishment of the IIT at the OPCW in 2018, where more than two-thirds of the Conference of States Parties’ voted in favor of the IIT. Now, the IIT continues the critical attribution work of the JIM under the sole authority of the OPCW, seeking to name the perpetrators responsible for the chemical attacks not previously investigated by the joint UN-OPCW body.

Through interviews with witnesses, analyses of flight data, and other investigative methods, the IIT built upon the conclusions of the OPCW’s impartial Fact-Finding Mission report on the attacks, released June 2018, to establish that the Syrian Air Force released sarin on March 24 and 30 and chlorine on March 25 from military airplanes and helicopters over the town of Ltamenah in 2017.

Perhaps the most incriminating evidence implicating the Syrian government came from the IIT’s chemical sampling. A 2017 JIM analysis of a sarin attack in Khan Shaykuhn revealed the use of sarin that was delivered by a "binary" munition that combined methylphosphonyl difluoride (DF) with isopropyl alcohol and hexamine in flight to create the nerve agent upon the interaction of the first and the latter two chemical components.

While the use of binary chemical weapons is not unique to the Syrian government, the JIM cross-sampled DF recovered from Khan Shaykuhn with DF samples retained in OPCW labs after Syria’s chemical weapons destruction and found that the impurity phosphorus hexafluoride was present in both samples. Because phosphorus hexafluoride is formed through Syria’s production of DF, the JIM came to regard the impurity as “a ‘marker chemical’ for DF produced by the Syrian Arab Republic.”

During its investigation into the Ltamenah attacks, the IIT compared sample remnants from a munition used in the March 30 attack to the DF in Syria’s stockpile and found strong correlation. “Indeed, the analytical results from these three incidents are consistent with sarin resulting from a binary process using the DF from the Syrian Arab Republic stockpile,” the April 8 report concluded.

According to the IIT report, “military operations of such a strategic nature as these three attacks only occur pursuant to orders from the highest levels of the Syrian Arab Armed Forces.” Without naming Syrian President Bashar al-Assad outright, the report notes that “the authority of Commander in Chief of the Armed Forces as lead decision maker fully exercising these powers of command over the armed forces has been repeatedly confirmed to the IIT.”

A statement by Syria’s Foreign and Expatriates Ministry, relayed through the state media agency SANA, called the April 8 report “misleading” and said “the Syrian Arab Republic condemns, in the strongest terms, what has come in the report of the illegitimate so-called Investigation and Identification Team, and rejects what has been included in it, in form and content.”

Yet the IIT took steps in the report to dispel any competing hypotheses, including by proving the events were not staged. While the report notes the IIT was alerted by the Syrian government that “it is in the interests of the armed terrorist groups to marshal international public opinion against the Syrian Government by accusing it of using [chemical] weapons and fabricating numerous incidents,” the investigative body was unable to find evidence supporting this narrative. The IIT also refuted claims that the Syrian government may have lost control over its chemical weapons stockpile and reminded that Syrian officials have “repeatedly asserted that its chemical stockpile was at all times under its full control.”

In fact, according to the report, the IIT learned during its investigation that senior Syrian officials involved in the military branch charged with the “storage, mixing, and filling of chemical weapons, including sarin,” were ordered to “prepare items for use in the defence of Hama,” the governate that Ltamenah is located within, on March 21, 2017.

With the chemical signature to confirm the sarin dropped over Ltamenah on March 24 and March 30 was produced in a Syrian lab, and with the flight data to prove Syrian military aircraft released the sarin as well as chlorine in a March 25 attack, the IIT’s April 8 report leaves little room for doubt about the role of the Syrian government in the March 2017 chemical attacks.

The IIT began its work in June 2019, and this first report, based on nine months of investigation, is one of several that it is due to produce attributing blame for some 33 chemical weapons attacks identified in prior FFM investigations where perpetrators have not yet been identified by the JIM. The IIT’s work to hold perpetrators accountable for past chemical attacks can help deter future use and represents an important step toward restoring the global taboo against chemical weapons.

Ten Years of Chemical Weapons Use in Syria: A Look Back and A Look Ahead