The last decade has been a trying period, by any stretch of the imagination, for multilateralism and international peace. Recent years have seen some agreements rejected by signatories and others lapse, the Intermediate-Range Nuclear Forces (INF) Treaty being only the latest example.

However, as the United Nations system staggers under increasing levels of debt, a small group of other multilateral treaties, many of which focus on disarmament topics, are threatened for another reason: lack of money. As these treaties find their meetings cut or canceled, and their organizations face losing the ability to carry out prescribed mandates, the international community risks undercutting crucial progress in preventing human suffering caused by some of the most terrible weapons of war. 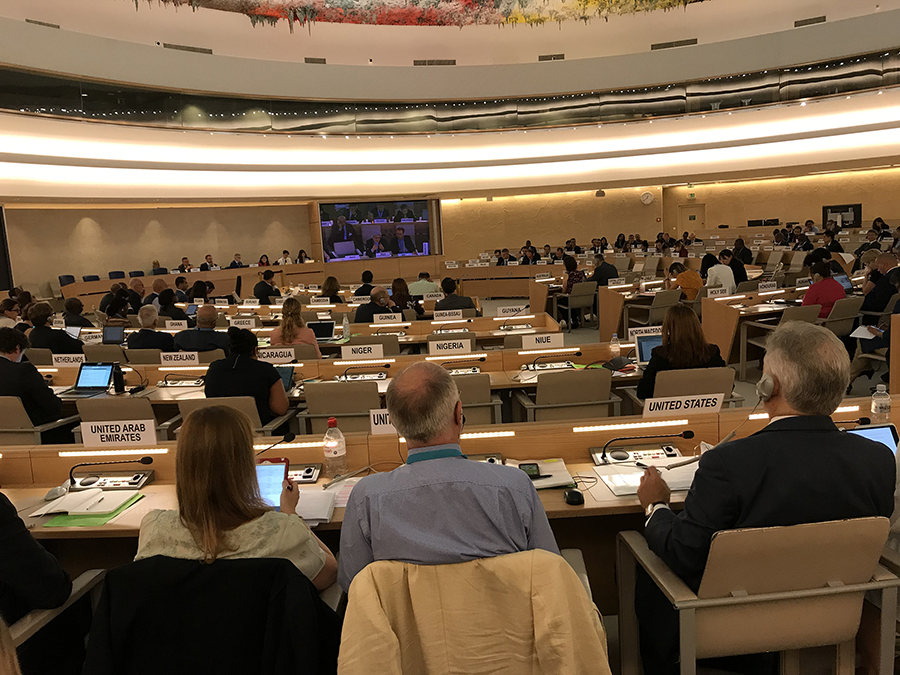 On Oct. 30, 2019, the chair of the Biological Weapons Convention’s (BWC) annual conference, Ambassador Yann Hwang, made clear the gravity of the situation in a statement to the UN First Committee on Disarmament. On behalf of his and three other treaties, the Mine Ban Treaty, Convention on Cluster Munitions (CCM), and Convention on Certain Conventional Weapons (CCW), he described “unacceptable cost-cutting measures, including the sacrifice of the interpretation of our meetings and the translation of the official documents.” More crucially, he warned, the financial situation threatened “the very existence of certain support units for implementation, which are essential for the implementation and strengthening of the conventions it serves.”

The treaties Hwang speaks for, as well as others like the Arms Trade Treaty (ATT) that are more independent of the UN system, were created at different times and cover diverse topics. However, they do have certain commonalities. With the exception of the BWC, all share a place in “humanitarian disarmament” discussions. They frame the international control of arms in a way that is primarily human-centric, promoting abolition or control of certain weapons on moral grounds, rather than for national security - as most arms control agreements do.

Large states that possess the arms they prohibit often decline to join them. For instance, of the five agreements previously mentioned, Russia, China, and the U.S. are full parties to only two. These treaties also have comparatively low budgets for their meetings and the organizations—termed secretariats or Implementation Support Units (ISUs)—that bear the crucial responsibility of coordinating implementation efforts – roughly $700,000 for the CCM’s annual conference and ISU combined, and around $1,100,000 for the ATT’s. Although funding sources for local treaty implementation vary, the organizations themselves rely heavily on assessed contributions from member states that are often not forthcoming.

Financial difficulties for international institutions are nothing new. However, the situation has worsened during the past decade due to a combination of unpaid mandatory contributions and regulatory changes.

For years, many treaty organizations faced accumulating deficits but were able to transfer or reallocate funds internally to cover their operational costs. In late 2015, the UN instituted a new enterprise management system that limited this ability to cross budget lines. The consequences were serious and immediate. The Mine Ban Treaty shortened its annual meetings from five to four days starting in 2016. The BWC’s 2018 annual meeting was cut from a planned four days to three, and the CCM’s 2019 conference was reduced from three formal days to two. Treaty members have increasingly little time to conduct diplomatic business and discuss needed reforms. Meanwhile, challenges in supporting the treaty organizations were made evident when the functions of the CCW’s ISU were temporarily suspended in 2018 due to a lack of funds to pay staff. States parties considered dismantling it completely.

The members of each treaty have addressed the crisis in different ways. However, their approaches cover three main areas: reducing nonpayment, halting deficit accumulation, and ensuring liquidity. All now incorporate calls for timely payment of dues in their annual meeting documents, and those directly affiliated with the UN release regularly updated information on the status of each member. The Mine Ban Treaty hosts a yearly one-day "pledging conference," the fifth of which takes place next month. The CCW, CCM, BWC, and Mine Ban Treaty allow delinquent parties to arrange individualized payment plans with the treaty chair. The ATT includes provisions that punish members that are over two consecutive years in arrears with reduced consideration for treaty implementation projects (although this was recently put on hold), while the CCM has prepared options that include withdrawing their voting rights. The BWC and CCW have instituted provisions requiring annual budgets to be set at the average of the previous three years’ actual income rather than assessed income. Invoicing procedures have been changed to encourage states to pay earlier.

The treaty organizations have also turned to new sources of liquidity. One approach is a general reserve fund to cover unexpected shortfalls. The Mine Ban Treaty has instituted a 15% “contingency line” for this purpose, and the CCM is considering such an option. However, more common have been tailored voluntary funds. These circumvent the issue of non-payment, albeit with diminished predictability and reliability. In 2018, the BWC established a Working Capital Fund to support its Implementation Support Unit, and the CCW followed suit in 2019. The ATT has created a Voluntary Trust Fund (VTF) for “international implementation assistance,” although this supports implementation at a national rather than organizational level.

The changes have shown some promising results.

After the BWC instituted sweeping reforms in 2018, it was able to return to a four-day meeting schedule the next year. However, administrative fixes do not address the root of the problem. As France stated at the United Nations in 2019, “States must pay their contributions, and pay them on time, in order to put an end to this alarming crisis that the disarmament conventions are currently going through.”

Such an easy solution seems unlikely in the near term.

As a new decade begins, the only certainty is that many disarmament treaties will have to carefully shepherd their finances to avert even more serious repercussions.