Over the course of 2019, the international arms control and nonproliferation system took some serious hits, and the coming year looks to be just as challenging, if not more so.

Foundational arms control and disarmament treaties are in jeopardy, the world’s nuclear-armed states are pursuing new weapons capabilities, and rising tensions between major powers are increasing the risk of conflict.

These are serious challenges.

But in 2020 you can rely on the Arms Control Association to steer the course toward safety. Our dedicated professional staff and high-powered Board members will work to seize upon key opportunities to advance progress.

Our work depends on your continued support. You have been there for us in the past, and for that we say: “thank you.”

As we continue to take on unprecedented challenges, and press forward for effective solutions, we ask you again to please help us meet our end-of-the-year fundraising goals.

Thank you and happy holidays to you and yours,

Arms Control Association Board Chair Tom Countryman joined several high-level speakers November 26 at a day-long conference sponsored by the Netherlands Ministry of Foreign Affairs and the International Physicians to Prevent Nuclear War Netherlands to evaluate today's nuclear threats and to provide concrete ideas and suggestions on how the Netherlands, together with other countries, can take meaningful steps towards a nuclear-weapon-free world.

Countryman’s speech is available on the Arms Control Association’s website. 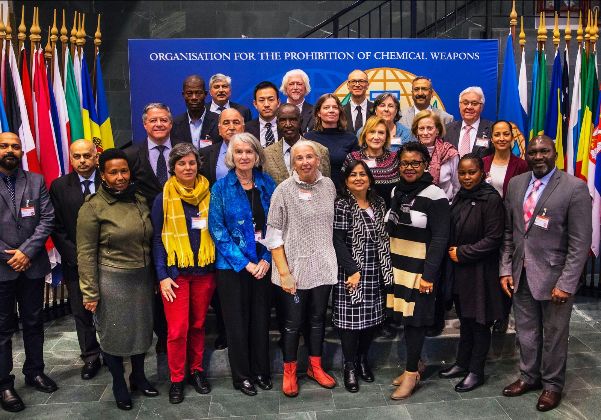 This year, the CWC Coalition organized 20 statements from NGO leaders during plenary sessions, organized six side events, and distributed daily reports to attendees. Paul Walker, director of the Coalition and board member of the Arms Control Association, delivered a statement on behalf of the CWC Coalition to the states-parties in attendance. Dr. Walker's statement is available online on the Arms Control Association's website.