Authored by Kelsey Davenport on November 30, 2018

The International Atomic Energy Agency (IAEA) reported, yet again, that Iran is fully implementing its nuclear commitments under the 2015 multilateral deal, known as the Joint Comprehensive Plan of Action (JCPOA).

Despite biting U.S. sanctions targeting Iran’s oil and banking sector coming into effect Nov. 5, the agency’s most recent quarterly report, made public Nov. 22, demonstrates that Iran remains below the limits set on key nuclear activities and continues to cooperate with IAEA monitoring and verification activities. As with prior reports, the IAEA noted that inspectors have had access to all sites and locations in Iran they needed to visit.

According to the report:

This was the first report issued since Israeli Prime Minister Benjamin Netanyahu charged in a Sept. 27 UN speech that the IAEA is not doing enough to follow up on information on Iran’s past nuclear weapons work that Israel removed from Iran and shared with the agency. Israel, not a party to the Nuclear Nonproliferation Treaty, only allows limited IAEA safeguards activities at select civilian nuclear facilities and does not publicly admit to possessing the estimated 80 warheads that constitute its nuclear arsenal. 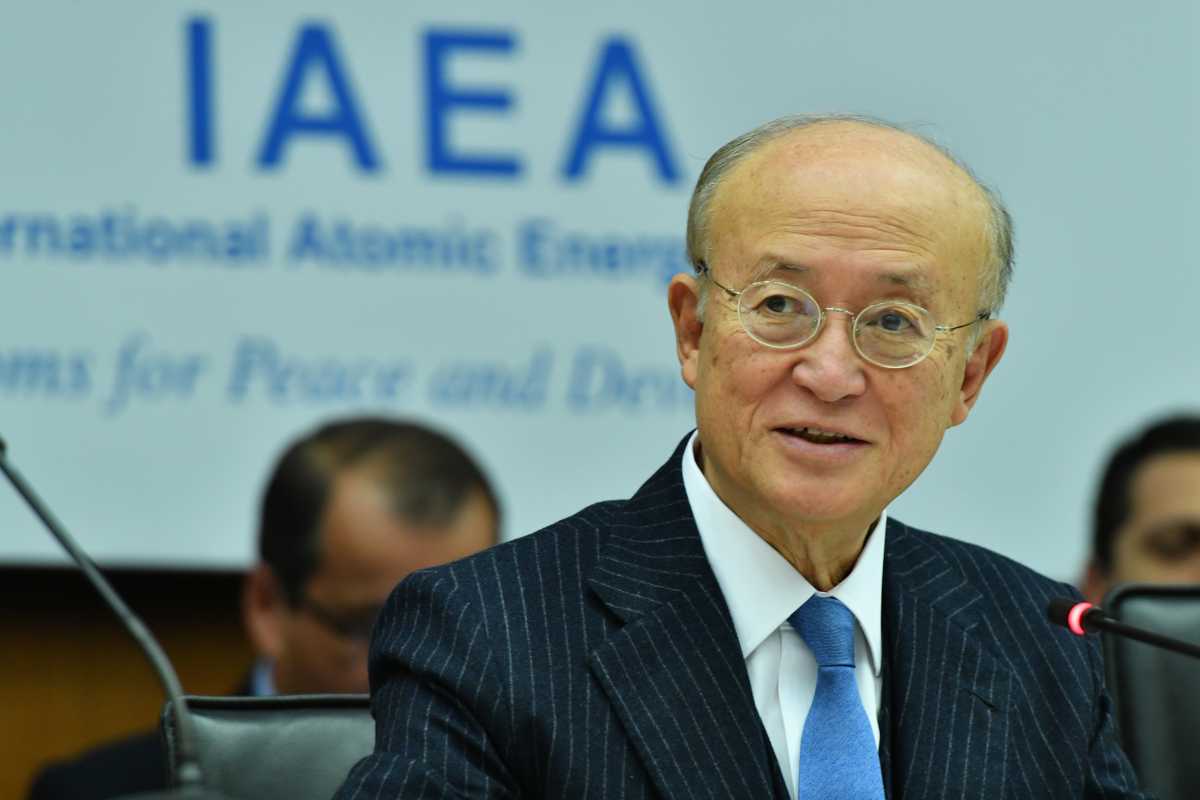 Netanyahu also said Amano must “do the right thing” and “go inspect” what he described as a secret atomic warehouse “immediately,” a move that risks compromising the agency’s independence or giving the appearance that the IAEA is acting at the behest of certain states.

IAEA Director General Yukiya Amano pushed back, saying that the agency does not take any information at “face value” and that third-party information is subject to a rigorous and independent assessment, but neither the IAEA’s report or Amano’s statement to the Board of Governors Nov. 22 referenced the archival material.

While Wolcott’s statement struck a more hawkish note on Iran, she said the United States supports the IAEA’s “continued careful assessment of the nuclear archive materials from Iran’s past nuclear weapons program” and has the “highest confidence that the Agency will independently and professionally review” them in “combination with all other available information to appropriately inform its monitoring and verification activities in Iran.” She also said the “IAEA must continue to review and act upon credible, safeguards-relevant information that raises a safeguards-relevant question or inconsistency.”

It is positive that the Trump administration voiced support for the IAEA’s independent processes for evaluating the archival materials and the importance of acting on credible information in Wolcott’s statement, but it is troubling that some news sources are reporting that the United States told Israel it would “work aggressively” and pressure the IAEA to ensure that the agency addresses the archival material.

While it remains in Iran’s interest to abide by the deal, U.S. and Israeli efforts to pressure the IAEA could disincentivize Tehran from complying with the agency’s monitoring and verification. And the ramifications of compromising the agency’s credibility extend far beyond Iran. The IAEA’s ability to carry out its critical safeguards mission in all countries rests on states parties’ belief in its impartiality, and it is in the best interest of all states to preserve the IAEA’s independence.—KELSEY DAVENPORT