Authored by Kelsey Davenport on September 13, 2018

Unsurprisingly, Iran continues to abide by its commitments under the multilateral nuclear deal known as the Joint Comprehensive Plan of Action (JCPOA), according to the most recent report by the International Atomic Energy Agency (IAEA). The report is the first since a tranche of U.S. sanctions reimposed by U.S. President Donald Trump in violation of the JCPOA entered into full effect Aug. 7. 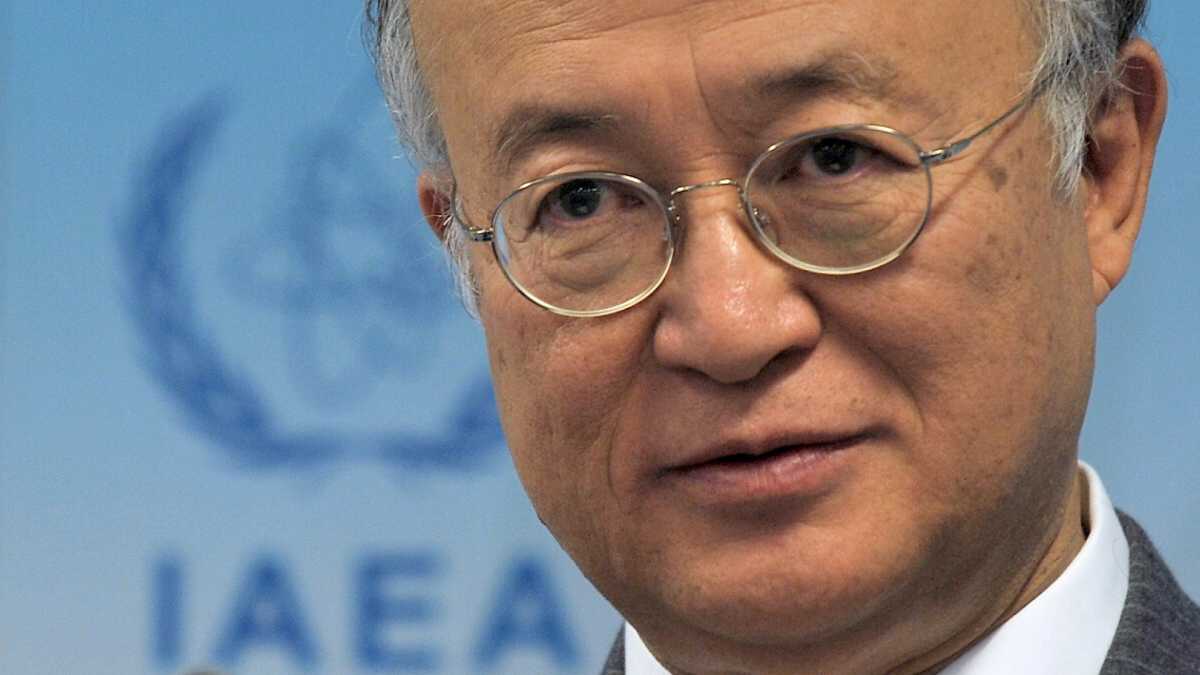 IAEA Director-General Yukiya Amano told the agency’s Board of Governors Sept. 10 that “Iran is implementing its nuclear-related commitments” and urged Tehran to continue to fully abide by the deal.

The report, which was finalized Aug. 30 and released publicly Sept. 12, noted that:

The report does not mention the new centrifuge production facility that Ali Akbar Salehi, head of the Atomic Energy Organization of Iran, said was “inaugurated” Sept. 10. The construction of a new facility to produce centrifuges does not violate the JCPOA, but if Tehran were to actually manufacture centrifuges outside of the narrow scope of production permitted by the nuclear deal, it would be a violation.

The IAEA report also confirms that Iran is abiding by the more intrusive monitoring and verification mechanisms set up by the deal and that the IAEA has had access under the additional protocol to “all the sites and locations in Iran which it needed to visit.”

In the last quarterly report issued by the IAEA in May, the agency said that although inspectors received all the access requested, “timely and proactive cooperation by Iran in providing such access would facilitate implementation of the Additional Protocol and enhance confidence.” Amano repeated that request in his June 4 remarks to the IAEA Board.

The Aug. 30 report includes a similar line with a subtle difference, namely that the word “would” is struck from the sentence, so that it reads “timely and proactive cooperation by Iran in providing such access facilitates implementation of the Additional Protocol and enhances confidence,” perhaps reflecting that Iran’s cooperation with IAEA inspections has improved. Amano also did not reference the request for timely cooperation in his opening remarks to the board Sept. 10, like he did in June.

While the IAEA reports do not contain any details on what sites the agency visits outside of Iran’s declared nuclear program, there are some indications that inspections took place at two universities in Iran in July. According to several news outlets, protests broke out over the IAEA presence. It is positive that the IAEA is conducting complementary access inspections and Tehran is complying, despite the protests.

The Aug. 30 report said that Iran has provided additional information to the IAEA over its naval nuclear propulsion plans. The IAEA requested earlier this year that Iran update its additional protocol accordingly to reflect the plans. Salehi said Sept. 10 it would be 10-15 years before the propulsion project would be completed and that all current activities related are JCPOA-compliant.

The IAEA report does not mention the documents Israel took from Iran relating to the country’s past nuclear weapons activities. But Nicole Shampaine, U.S. Charge d’Affaires at the U.S. Mission in Vienna, told the IAEA board Sept. 12 that the United States supports the “IAEA’s careful assessment of the newly acquired archive materials from Iran’s past nuclear weapons program.” She said the existence of the archived material demonstrates that Iran “sought to preserve the information and expertise from that past program.”

Shampaine also commended the IAEA for its thorough and professional work in Iran and said the United States has “full confidence” that the IAEA will appropriately pursue any “new concern of undeclared nuclear material or safeguards-relevant activities.”

While Tehran’s compliance with the limits set by the JCPOA is positive news, continued adherence should not be taken for granted. With U.S. sanctions targeting Iran’s oil sector coming into effect Nov. 5, relief envisioned by the JCPOA is further threatened. Iranian officials have said Iran will resume nuclear activities limited by the JCPOA if the remaining P4+1 parties to the deal (China, France, Germany, Russia, and the United Kingdom) and the European Union do not do more to counteract U.S. sanctions.

While Tehran’s anger and frustration with Trump’s blatant violation of the JCPOA is understandable, it remains in Iran’s best interests to continue to implement the accord and continue to work with the P4+1 on options to mitigate the effect of U.S. sanctions. Iran has no practical need to ramp up its nuclear program and doing so would be highly destabilizing.

Video Short: U.S. Policy Toward Iran and the Nuclear Deal