On the morning of June 12, 1982, as the sun shined down on the green grass in Central Park, people began to gather carrying signs for nuclear disarmament. Throughout the morning, buses arrived from around the country. By the afternoon, nearly every blade of grass was covered. Citizens filled second, third, fifth, sixth, seventh, and Madison avenues. By mid-afternoon, the police estimated that over 750,000 people were in Central Park demanding an end to nuclear weapons. By the end of the day, that number had swelled to 1 million. 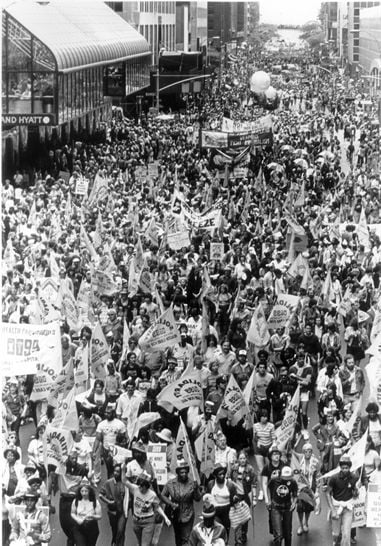 The rally and subsequent march were organized around the United Nations Second Special Session on Disarmament. While nuclear disarmament was the main focus of the rally, many in attendance expressed the belief that nuclear weapons were indeed linked to other social justice issues. For many black participants, there was a direct link between the money President Reagan was spending on nuclear weapons and poverty in their communities. From the larger issue of militarism to Reagan’s support for death squads in El Salvador, the rally was intersectional.

Thirty-five years later I sat on the Great Lawn with Leslie Cagan to reflect on June 12th rally. While it is clear that it took many to make this event happen, if there was one person who was looked at as the main organizer, it was Leslie. Born in 1947, Cagan grew up in the nuclear age and became a life-long activist organizing on issues ranging from nuclear disarmament to Vietnam.

I asked Cagan when she realized the rally was going to be unlike anything she had ever witnessed. She responded: “We knew from demands for materials, responses, and with talking to police that it was going to be big. None of us knew it would be that big. But that morning I was out there by 7:30 and I could already feel the energy in the air and see people gathering.”

While there remains some question as to how the first meeting came about or who exactly thought of the idea, most signs point to Cora Weiss. At the time, Weiss was running the disarmament program at Riverside Church. However, like many I have interviewed about the rally, Weiss was quick to point out that it was a collaborative effort. Weiss was asked in October 1982 if nuclear disarmament should be a single issue. “Impossible is the answer,” she said. “Life is not a single issue. Survival is not a single issue. And it must be jobs with peace. Not just peace alone.” I recently asked the same question to Leslie Cagan. She responded: “My politics were always then and I still believe, that whenever there was an opportunity to see the connections between issues and to bring people from different struggles together that was a good thing…Nuclear weapons are part of the military arsenal, so for me, it was a no-brainer that we should be connecting these issues.” 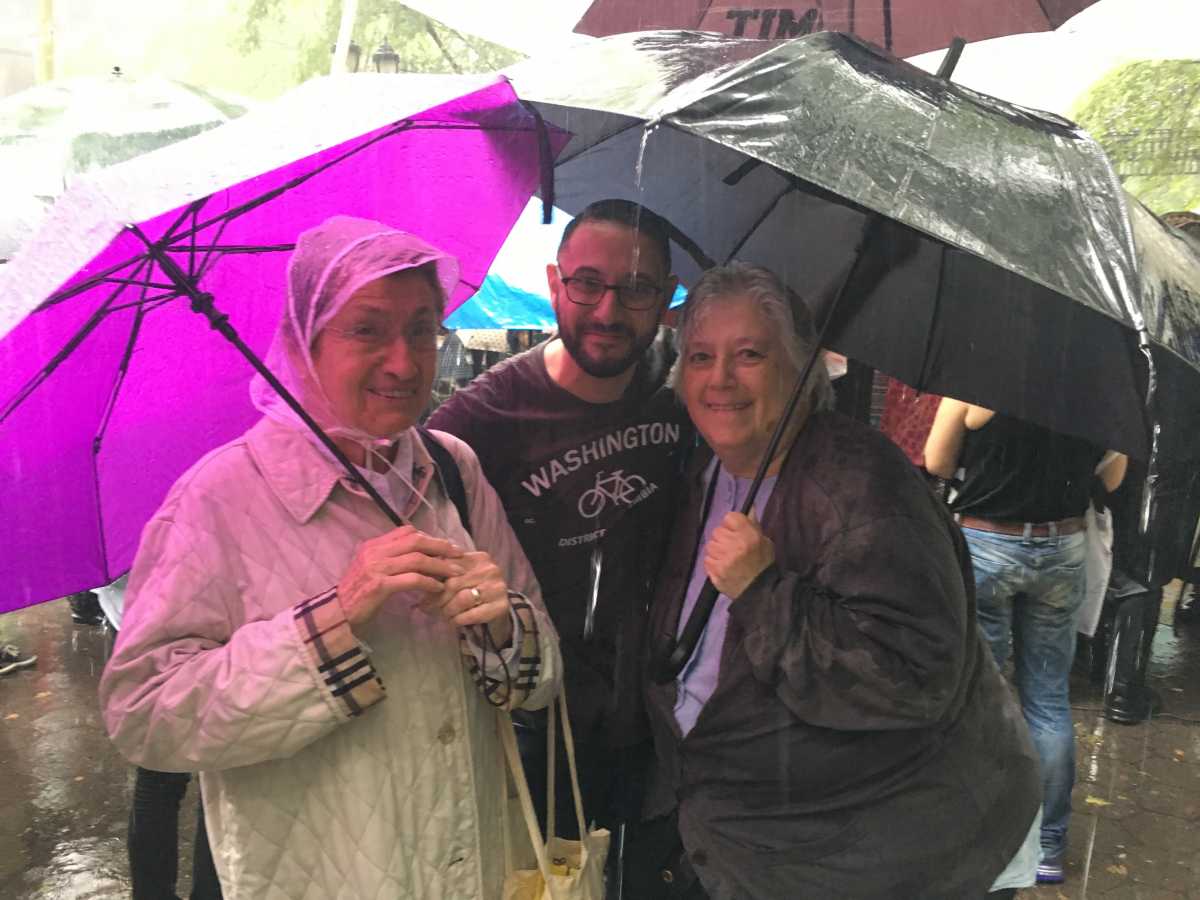 As Cagan and I sat in Central Park all these years later, I asked if she thought the June 12th rally was a success. Without hesitation, she responded, “I think it was a tremendous success.” She explained that it was more than just getting a response from the Reagan administration. For Cagan, the most important outcome of the rally was “that running up to it many groups formed around the country that had never worked on this issue and groups that worked on related issues now started working on nuclear weapons. And many of those groups for years existed beyond the demonstration … it expanded the ongoing work of the movement and that is the biggest and most important measure of success.”

Perhaps the true legacy of the June 12th rally is the recent success of ICAN and the passage of the Nuclear Weapons Ban Treaty at the United Nations. Just like Cora Weiss and Leslie Cagan in the 1980s, we again are witness to strong and influential women like Meredith Horowski, Beatrice Fihn, and Ray Acheson who are leading the fight to eliminate nuclear weapons. And like the 1980s, there is a conscious effort today to connect nuclear weapons to race, gender, and economics. This all came full circle for me when I attended the Women’s March to Ban the Bomb in New York City June 17, 2017. Hearing Leslie and Cora speak side by side with a new generation of women fighting for nuclear disarmament was truly inspiring.

Looking back on this event and talking with organizers, I have wondered if we could ever duplicate what was done thirty-six years ago. To that end, I recently spoke with poet and professor, Kathy Engel. Engel was one of the lead organizers recruiting celebrities, artists, Broadway performers, and groups like Dancers for Disarmament for June 12th. I asked her if with today’s momentum we should organize another June 12th rally? She responded, “No, we shouldn’t do it again. We should do something different. Not sure what, but we should take from it the best and evolve … learn from it. We can be much more imaginative. Where we are now, I want to believe we are forced into and we are primed.”

Vincent Intondi is an Associate Professor of History at Montgomery College. He is the author of African-Americans Against the Bomb: Nuclear Weapons, Colonialism, and the Black Freedom Movement and is currently writing a book on the June 12th, 1982 rally for nuclear disarmament.