Authored by Ryan Fedasiuk and Kingston Reif on May 14, 2018

For years the disheveled YAL-1 Airborne Laser baked in the Air Force Boneyard in Tucson, Arizona. Stripped of its chemical laser and turbofan engines, its airframe became a skeletal albatross—a monument to the futility of laser-based missile defense. But in 2014, it was unceremoniously destroyed, and the Defense Department wiped the failure from its memory. 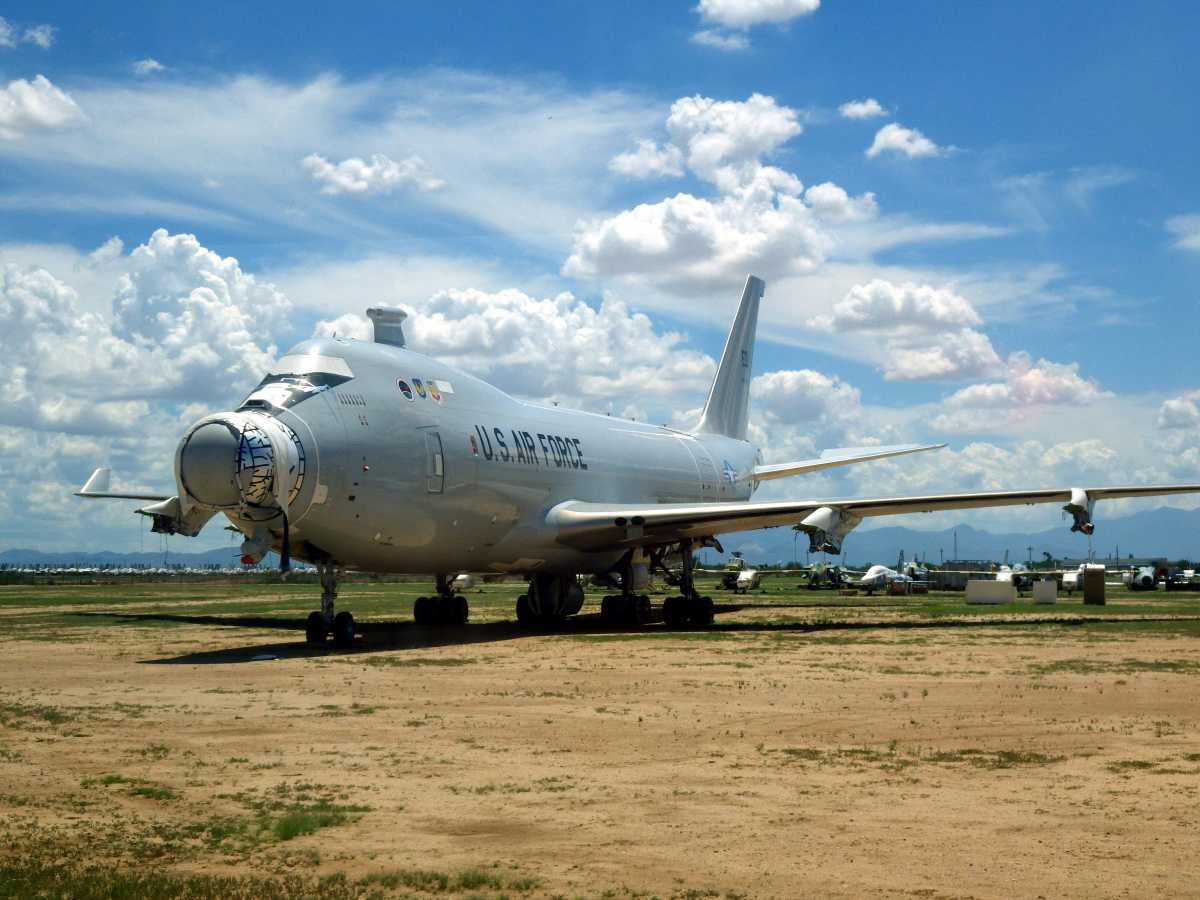 The system was meant to fly above hostile territory to track and destroy intercontinental ballistic missiles in flight. But after 16 years and $5 billion, the program was canceled simply because it did not work. Four years later, however, laser-based missile defenses are back in vogue.

In his keynote speech to the 2017 Booz Allen Hamilton Directed Energy Summit, Deputy Director of the Missile Defense Agency Jon Hill identified three key barriers the agency is facing in its rejuvenated quest to develop a directed energy weapon for defense against incoming missiles: tracking targets at long ranges, controlling the beam, and scaling up the power.

The Missile Defense Agency’s (MDA) goal is to field a laser weapon on a high-altitude, long-endurance (HALE) drone by 2023. The laser-armed drone would circle potential launch sites and shoot down ballistic missiles while they are in their most vulnerable “boost phase.” Toward this goal, the Defense Department plans to spend $563.5 million on directed energy research across five research programs:

Data are from the FY2019 budget request for RTD&E (R-1) and MDA budget justification.

Yet significant questions remain about the technical challenges facing such a system and whether they can be overcome.

Precision Tracking: First, a directed-energy weapon would need to precisely track targets the size of a quarter from hundreds of kilometers away. To achieve this, MDA’s plan calls for using passive tracking at longer ranges to detect the target, then switching to active tracking when the target is closer.

The laser designators on MDA’s active tracking systems, which belong to the Multispectral Targeting System (MTS) family of sensors, have not demonstrated anything close to an extended-range laser range-finding capability. Cloud cover, rain, or smoke can also prevent signal detection, which is why laser rangefinders fell out of favor in the 1980s.

Moreover, many basic countermeasures can exploit the fragility of these kinds of sensors. To disarm a laser rangefinder, an adversary could simply coat the surface of its missile in reflective or absorbent material, or just as easily deploy dust or shrapnel to disrupt the electrooptical sensors on a system like AN/DAS-4, the most advanced laser tracker used in prototype weapons.

Beam Control: Another major problem with laser technology is jitter—"the degree to which the spot of laser light jumps around on the surface of the target due to vibration or other movement.” To be effective, a laser must bore into a single spot for several seconds until the target is destroyed.

And ultimately, the work MDA puts into reducing jitter may be for nothing. Adversaries can easily exploit a laser’s reliance on one target point by designing their missiles to roll in flight, ensuring the laser does not have a static target, even in boost phase.

Power Scaling: At the heart of MDA’s directed energy weapon problem is lowering the ratio of size, weight, and power (SWaP) in a laser system. In his justification for terminating the Airborne Laser program, which mounted six SUV-sized lasers on a Boeing 737, Defense Secretary Robert Gates said the Air Force “would need a laser something like 20 to 30 times more powerful” to be able to hit a missile at a sufficient range. Today the Missile Defense Agency wants to scale up the power for such a system, but field it on a drone.

To remedy this technological gap, MDA is pursuing two technologies: the diode-pumped alkali laser system (DPALS), which focuses on building a more powerful singular laser, and Fiber Combining Lasers (FCL), which combine the beam outputs of smaller lasers. Unfortunately, both technologies require approximately 35-40 kilograms of weight per kilowatt of energy emitted. “To have any chance of fielding it on a high altitude platform," said former MDA Director James Syring, "where we need to be is below the 5 kilograms-per-kilowatt window." Neither the agency nor federally funded research and development centers have indicated how they plan to achieve this.

However, if the technology proves successful, the agency will run into problems with beam quality. As a laser travels to its target, “it encounters atmospheric effects that distort the beam and cause it to lose its focus.” Particles in the atmosphere such as water vapor, sand, dust, salt, and pollution can all absorb or refract a laser’s energy, and thermal blooming is of particular concern in high-power laser weapons.

Tactical Considerations: Even if every technological barrier was successfully conquered, though, it’s far from clear that laser weapons would be an effective form of missile defense. This is because lasers, unlike kinetic interceptors, face limitations that are tactically insurmountable no matter how advanced technology becomes:

There are also platform-specific limitations unique to lasers:

Despite the many pitfalls of directed energy weapons, it is unlikely that the Missile Defense Agency will soon relinquish the chase for laser defense. But one thing is certain: the road ahead will be difficult and costly.