Now is the time to put responsible checks on the use of nuclear weapons and to consider changes in outdated, Cold War-era U.S. policy that reduce the risk of nuclear use and ensure that the sole purpose of nuclear weapons is deterrence. We strongly support the bill introduced by Rep. Adam Smith, the ranking Democrat on the House Armed Services Committee, to establish that it is the policy of the United States not to use nuclear weapons first.

Widespread, bipartisan concerns about cavalier and reckless statements from President Donald Trump on the possible use of nuclear weapons only reinforce the need for Congress to reconsider U.S. nuclear doctrine and decisionmaking. 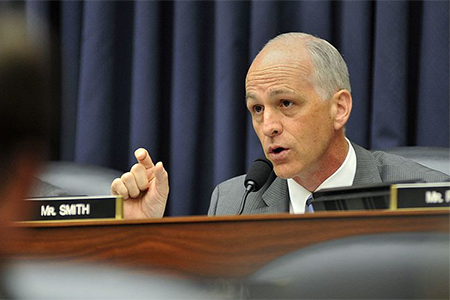 For decades, Washington has retained the option to use nuclear weapons first in extreme circumstances, even if the United States or an ally has not suffered a nuclear attack. This policy is unwarranted and imprudent.

Given the overwhelming conventional military edge of the United States and its allies, there is no plausible circumstance that could justify—legally, morally, or militarily—the use of nuclear weapons to deal with a non-nuclear threat. U.S. nuclear weapons are not necessary to deter or respond to nuclear terrorism or to a potential chemical, biological, or cyberattack by state or nonstate actors. There are more effective and credible ways to deter and defend against these threats.

As then-vice president Joseph Biden said in January 2017, “[President Obama] and I strongly believe we have made enough progress that deterring—and if necessary, retaliating against—a nuclear attack should be the sole purpose of the U.S. nuclear arsenal.”

Moreover, even if there were to be a conventional military conflict with a nuclear-armed state such as Russia or North Korea, the first use of nuclear weapons by the United States would be counterproductive because it would run an extremely high risk of triggering an uncontrollable and potentially suicidal escalation of nuclear weapons use.

Shifting to a no-first-use policy would not, in any way, undermine the U.S. ability to deter nuclear attack by another state because U.S. nuclear forces and command-and-control systems could withstand even a massive attack, and given the size, accuracy, and diversity of U.S. forces, the remaining nuclear force would be more than sufficient to deliver a devastating blow to any nuclear aggressor.

Meanwhile, recent polling indicates that a significant majority of the American public is strongly opposed to the first use of nuclear weapons.

Today, the United States and its allies have the means to counter any realistic nonnuclear military threat with superior conventional military, economic, and alliance capabilities. The threat of first use also lacks credibility, since the costs of such use would greatly outweigh the benefits.