– Lisa Beyer
Bloomberg News
August 27, 2018
Understanding the U.S. Compliance Certification and Why It Matters to the Iran Nuclear Deal

Authored by Kelsey Davenport on August 29, 2017

Under the 2015 Iran Nuclear Agreement Review Act (INARA), the president must issue a certification to Congress every 90 days that is tied to Iran’s performance under the multilateral nuclear deal known as the Joint Comprehensive Plan of Action (JCPOA). Failure to issue the certification gives Congress the option to introduce legislation reimposing U.S. sanctions waived or suspended under the JCPOA on an expedited schedule.

Since taking office, U.S. President Donald Trump issued certifications, albeit reluctantly, as required by INARA on April 18 and July 17. However, it appears increasingly likely that Trump may not issue the next certification, despite Iran’s compliance with the deal. In a July 25 interview, Trump told the Wall Street Journal he would be “surprised” if Iran is found compliant in 90 days.

With the next certification due Oct. 15, it is critical to understand the INARA’s certification requirements and the congressional process for reimposing sanctions.

There are two actions that trigger a 60-day window during which Congress can introduce legislation to reimpose sanctions waived or suspended under the JCPOA: the president can withhold a certification of compliance to Congress or issue a material breach report.

The legislation defines “material breach” and “noncompliance” as the following:

Material breach is defined in the legislation as a breach, or failure to perform commitments that:

Noncompliance is defined in the legislation as:

An allegation of noncompliance could result in the president withholding certification, whereas material breach requires a report to Congress.

a. Iran is fully implementing the JCPOA,

b. Iran has not committed a material breach,

c. Iran has not taken any action that could significantly advance a nuclear weapons program, and

d. Suspension of sanctions is appropriate and proportionate to the measures taken by Iran and vital to U.S. national security interests.

The scope of the certification under INARA is broader than Iran’s commitments under the JCPOA, so the failure to certify does not necessarily mean that Iran is in noncompliance with the nuclear deal. For instance, condition (d), proportionality between sanctions relief and Iran's nuclear restrictions, is a subjective judgment that has no basis in the JCPOA.

Additionally, it is not clear in the legislation if the president is required to submit any evidence or information to Congress if certification is withheld.

Within 10 calendar days of receiving information about a potential material breach, the president must notify appropriate congressional committees and leadership of the concern. Within 30 calendar days of notifying Congress, the president must submit a report on whether the compliance issue constitutes a material breach, if the breach has been resolved, the status of resolution, and any Iranian actions that led to the breach. The breach report, not the initial notification, triggers the 60-day window for expedited consideration of legislation reimposing sanctions.

Congress is not required to introduce legislation reimposing sanctions in the event of either scenario, but if a bill is introduced, it will be considered under an expedited process.

If the president withholds the compliance certification, or reports that Iran has committed a material breach, Congress has 60 calendar days to introduce legislation reimposing nuclear sanctions under the expedited process.

The legislation must specify which sanctions are being reimposed. The legislation does not have to reimpose all measures waived under the JCPOA and it cannot contain new sanctions.

The committees of referral in the House and Senate have 10 legislative days to report out qualifying legislation, after which the committee is discharged from considering the bill. A failed vote to report out the legislation in committee will not stop the process. The Senate specifically designates the Foreign Relations Committee for referral; the House does not mention a specific committee.

In the Senate, there is no cloture vote or filibuster option.  Additional motions to slow down or block the legislation from moving forward are listed in INARA and deemed out of order.

Failure to issue the next certification Oct. 15 looks increasingly likely given Trump’s comments in July. His statement prejudging Iran’s compliance ahead of the certification raises serious concerns about the legitimacy of any accusation of Iranian noncompliance as grounds to withhold certification, particularly given that evidence indicates Iran is meeting its commitments.

The most recent report of the International Atomic Energy Agency (IAEA) demonstrates that Iran is abiding by the limits of the nuclear deal. At the July 21 quarterly meeting of the Joint Commission, the body set up to oversee the JCPOA, the chair’s statement welcomed Iran’s “continued adherence to its nuclear-related commitments” as verified by the IAEA. 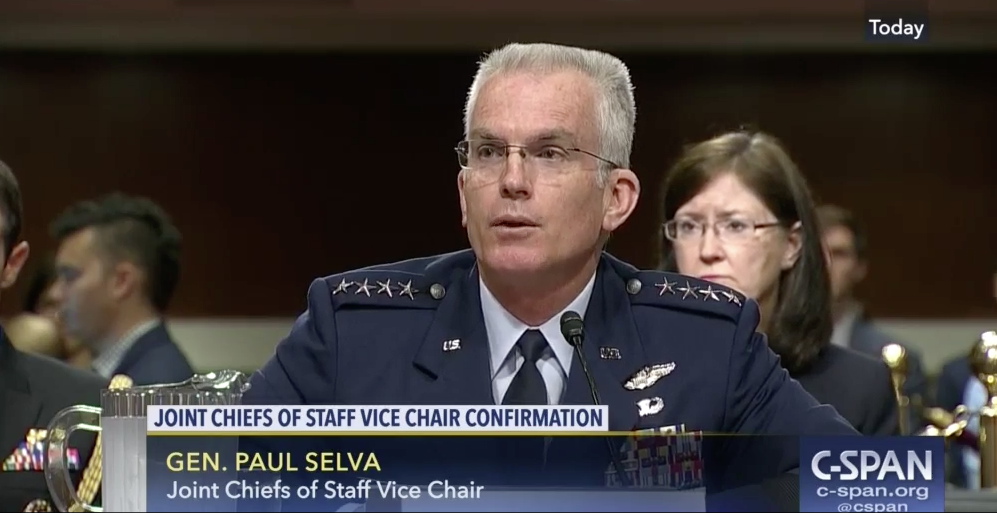 General Paul Selva, vice chairman of the Joint Chiefs of Staff, testified to Congress July 18 that “based on the evidence that's been presented to the intelligence community, it appears that Iran is in compliance with the rules that were laid out in the JCPOA.”

Trump’s remarks and Iran’s record of compliance underscore that it will be critical for members of Congress to proceed carefully if certification is withheld. Ahead of the Oct. 15 deadline, members of Congress should signal to Trump that he will have to provide information and answer tough questions about any allegation that Iran is not complying with its JCPOA commitments.

Members could consider a bipartisan letter to the administration that lays out expectations for the provision of information in the event of noncompliance or a material breach, including access to intelligence and officials. Another option for members of Congress is to issue a colloquy to define the intention behind the provision of information in INARA to ensure that the administration provides adequate information in the event of withholding the certification. Members of Congress could also commit to hold a hearing if the president does not issue the 90-day compliance report to hear testimony and examine the evidence.

Before pulling the trigger to reimpose sanctions, Congress needs to carefully consider the implications. Currently, the nuclear deal is working—Iran’s nuclear program remains restricted and highly monitored. If Washington reimposes sanctions while Iran is complying with its obligations, the United States will be in clear violation of the nuclear deal. The EU and Iran pledged to continue implementing the JCPOA, which could force Washington to sanction European and Asian entities. Given that, it is dangerous to assume that the deal will continue without Washington's support. If the deal collapses, the United States will bear the blame and an unconstrained Iranian nuclear program could be the result.

Without question, the JCPOA resolved the longstanding nuclear crisis with Iran. Its continued success, however, is not guaranteed. Congress must refrain from actions, such as reimposing sanctions, that endanger the deal without cause. The United States is already facing one urgent nuclear crisis—North Korea. Washington cannot afford to create another.