This week, U.S. Ambassador to the United Nations Nikki Haley is traveling to Vienna to discuss Iran’s nuclear activities with officials from the International Atomic Energy Agency (IAEA). The ambassador’s visit precedes the Oct. 15 quarterly deadline for the Trump administration to certify whether Iran is complying with the 2015 nuclear deal known as the Joint Comprehensive Plan of Action (JCPOA). Troublingly, while the IAEA has demonstrated Iran’s compliance in its reports seven times since the deal took effect, President Donald Trump reportedly tasked his aides with providing a justification for finding Iran in violation of the deal. Given the disconcerting rhetoric emanating from the White House, it is important to take stock of the benefits derived from the nuclear deal’s intrusive verification measures, which could be lost if the JCPOA falls apart. 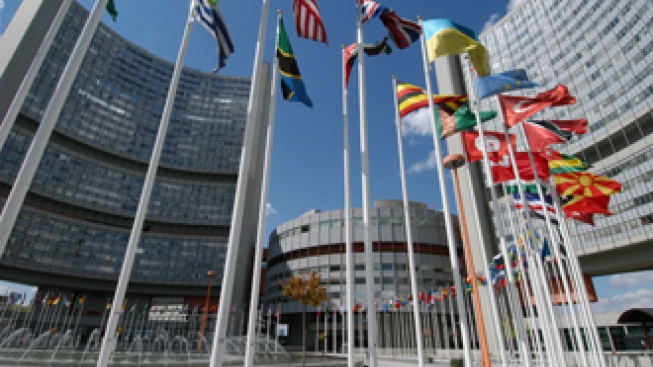 Thanks to the JCPOA, Iran is subject to the most comprehensive inspection and verification regime ever negotiated. From the time of implementation (January 2016), the deal provides 20 years of continuous IAEA monitoring of Iran’s centrifuge production facilities, and 25 years of continuous monitoring of Iran’s uranium mines and mills. Enrichment levels (capped at 3.67 percent uranium-235 for 15 years) at Iran’s declared facilities are also under real-time monitoring by the IAEA and inspectors have daily access to Natanz, Iran’s enrichment site.

Importantly, the nuclear deal’s provisions also address the potential for nefarious nuclear activity at undeclared sites, a mechanism unique to the JCPOA. Under the agreement, Iran must grant the IAEA access to a location, including military sites, if the agency wants to investigate concerns of illicit nuclear activity. While the process to define the conditions of access could take up to 24 days, the timeline is short enough to prevent Iran from covering up activities using fissile material.

Furthermore, as a component of the nuclear deal, Iran has agreed to implement and seek ratification of its Additional Protocol. While certain aspects of the deal sunset over time, the additional monitoring provided by a ratified Additional Protocol will remain in place indefinitely, an underappreciated component of the deal that often goes overlooked. With the Additional Protocol in place, international inspectors will retain access to Iran’s facilities, receive more information about Iran’s nuclear activities, and maintain the ability to monitor Iran’s nuclear program in perpetuity.

This multilayered monitoring and inspections regime stands the best chance of ensuring that Iran’s nuclear program remains peaceful. If Trump scuttles the JCPOA, these key verification elements that provide greater transparency could be lost.

The nuclear deal also retains strong support from Washington’s closest allies, and the Trump administration must refrain from any unilateral efforts to abrogate the agreement. Doing so would isolate the United States, not Iran, and create tensions in transatlantic partnerships. Further, it would likely rule out the possibility of reassembling global support for sanctions, without which it will be improbable for the United States to push Iran back to negotiations. Tearing up the agreement could also lead Iran to expand its program to produce a nuclear weapon, posing a serious challenge to stability in the region and around the world.

Since taking office, the Trump administration has repeatedly complained that Iran has violated the “spirit” of the nuclear deal. While Iran’s continued ballistic missile tests and support for regional proxies are cause for concern, ripping up the nuclear deal will not solve these issues. In fact, removing the JCPOA’s limits on Iranian nuclear activity will only further destabilize the region as Iran could take steps to resume troublesome nuclear activites, such as enriching uranium to higher levels.

In a recent progress report, UN Secretary-General António Guterres lauded Iran’s “full and effective” compliance with the deal, which includes implementation of the JCPOA’s monitoring provisions. The verification regime effectively contributes to blocking Iran’s various pathways to a nuclear weapon by providing greater assurance that any illicit activity is quickly detected. As long as Iran continues to comply with the agreement, the United States should give the JCPOA its steadfast support. Retaining the deal, and its additional transparency measures, is in the national security interest of the United States.