Authored by Kelsey Davenport on August 7, 2017

While the additional Security Council sanctions in Resolution 2371 send a strong signal to North Korea that there are consequences for flouting international prohibitions, sanctions alone are not a strategy for addressing the North Korean nuclear threat. It is past time the Trump administration focused on the diplomatic side of its “maximum pressure and engagement” policy. To leverage the pressure generated by sanctions, the Trump administration should take steps to signal to North Korea that it is willing to talk without onerous preconditions. 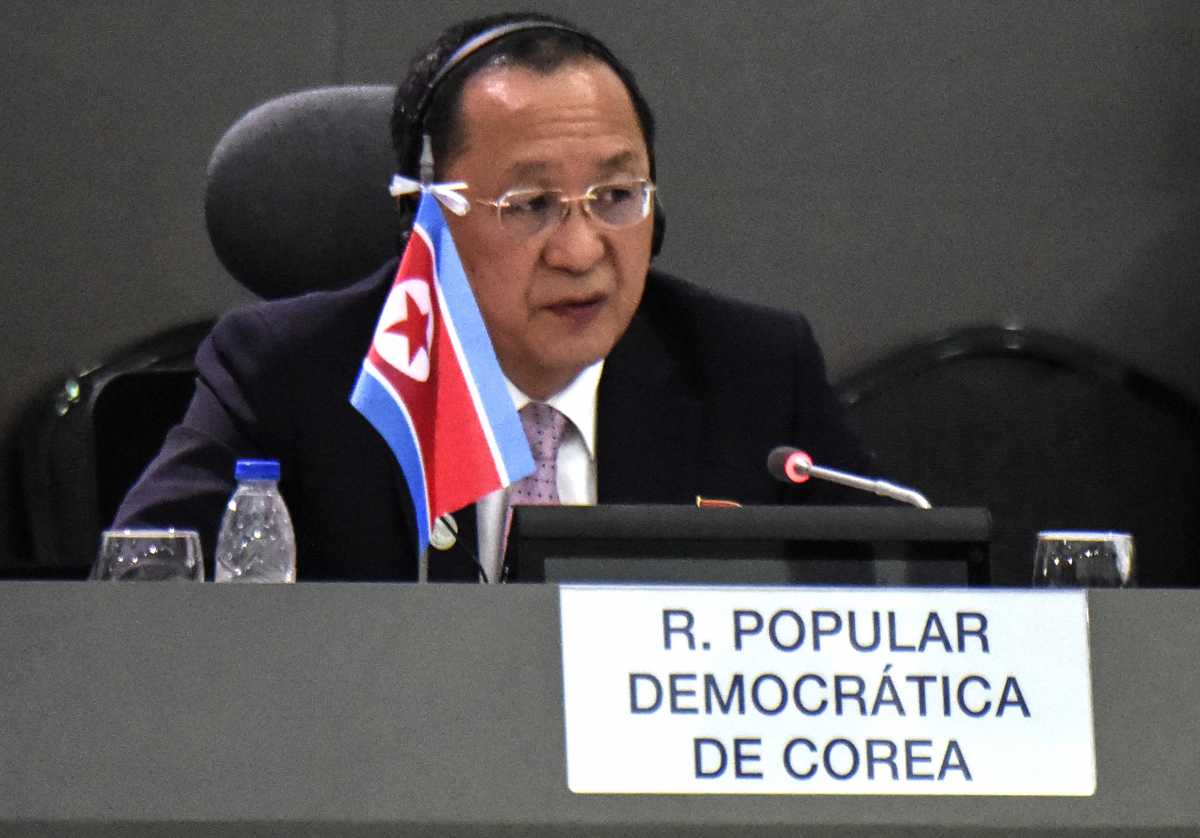 First, the Trump administration needs to stop sending mixed signals to North Korea about its willingness to engage in negotiations and the conditions for talks. Pyongyang follows the statements of U.S. officials very carefully, and it is counterproductive for U.S. Secretary of State Rex Tillerson to say the U.S. is willing to negotiate under the right circumstances while Vice President Mike Pence dismissed any option for direct talks with North Korea at this time. It is even worse that CIA Director Mike Pompeo has hinted that the goal of U.S. policy is regime change. To clarify what the actual policy is, the Trump administration should consider sending a high-level envoy to convey Washington’s position on talks directly to the North Koreans and, ideally, to begin talks-about-talks.

Second, the United States should consider the advantages of pursuing an interim agreement. National Security Advisor H.R. McMaster prematurely dismissed the “freeze for freeze” proposal floated by China and others (including Pyongyang in January 2015) in which North Korea would refrain from nuclear and missile testing in return for the U.S. and South Korea rolling back joint military exercises.

In an Aug. 5 interview with Hugh Hewitt on MSNBC, McMaster said that the goal must be denuclearization and a “freeze for freeze” is “intolerable.” Negotiating a “freeze for freeze” does not mean that denuclearization is off the table as an end goal. Rather, freezing North Korea’s nuclear and missile tests prevents Pyongyang from advancing its missiles and nuclear warheads, buying time for negotiating a more comprehensive approach.

If the Trump administration, like the Obama administration before it, continues to wait for North Korea to commit to giving up its nuclear weapons prior to commencing talks, Pyongyang will likely use the time to continue to improve its ICBM capabilities and expand its stockpile of fissile material. The United States can also quickly ratchet its military exercises back up if Pyongyang does not abide by the terms of a freeze.

Third, loose talk about preventative military strikes and comments like those of Senator Lindsay Graham (R-S.C.) minimizing the consequences of war with North Korea because it would take place “over there” only escalates tensions between Washington and Pyongyang and increases the risk of conflict. In addition to the illegality of preventive war, any strike on North Korea risks escalation that could result in thousands of lives lost on the Korean peninsula and, if the North Korean regime does not collapse, reaffirm Kim Jong Un’s belief that retaining nuclear weapons are necessary for the security of the country.

North Korea said Aug. 6, in response to the new UN sanctions that Pyongyang will not put its nuclear deterrent on the table while facing threats from the United States. This does not mean that Washington should abandon military options. The U.S. can and should affirm its commitment to come to the defense of its allies in the region, but it is essential that U.S. government officials refrain from bellicose military threats that only increase tensions and harden North Korea’s resolve.

And finally, if the Trump administration is serious about solving the North Korea nuclear problem, key regional and nonproliferation positions at the State Department need to be filled. Washington needs a full bench at the State Department to develop and pursue a more consistent, sustained, and effective diplomatic approach. Prioritizing nominations to fill these positions will put the United States in a better position for engagement with North Korea.

North Korea’s is rapidly extending the range of its ballistic missiles and is producing more fissile material for nuclear weapons. A sixth nuclear weapons test explosion may be on the way. The threats posed by these activities is growing.

Now is the time for more aggressive, direct and effective efforts to “engage” with North Korea with aim of halting, and later, rolling back its nuclear and missile pursuits, in exchange for measures that address the Kim Jong Un regime’s fears about U.S. military strikes and interest in talks that could lead to a formal end to the Korean War.