As many policy experts know, the true dividing line between fact and fiction in international security is drawn in the budget. 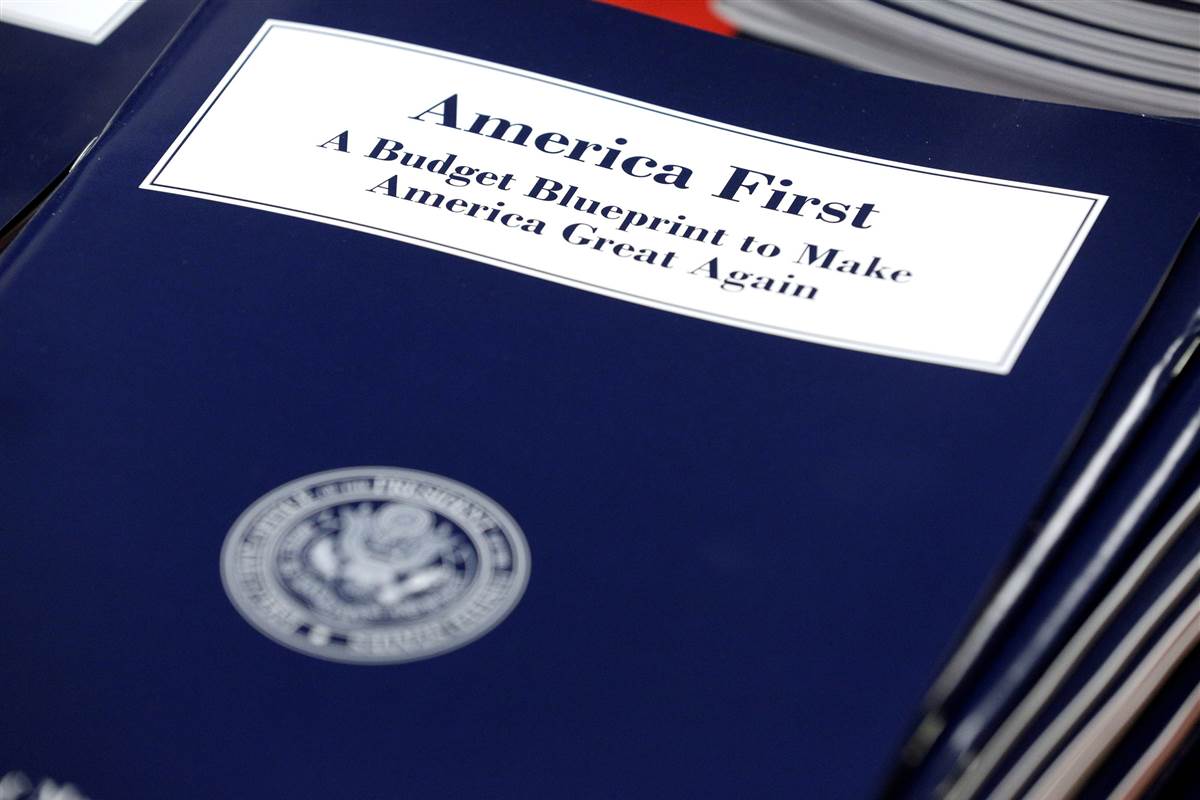 And that is exactly what policy experts are doing now in the United States, as the Trump administration unveils its FY2018 budget to Congress this month.

This not-so-subtle threat to slash annual U.S. contributions to the United Nations and all other international regimes would be a very dangerous step backwards in global security and sustainability.

Most Americans would agree that promoting global health, regulating arms sales, banning nuclear weapons tests, safeguarding nuclear bomb-making materials, abolishing chemical weapons, and promoting surveillance of deadly diseases, among many other worthy goals, are all important efforts vital to national and global security, and therefore advance U.S. foreign policy interests. And yet the FY18 State Department budget documents show contributions to International Organizations dropping 44%, to Nonproliferation and Disarmament 83%, and to Anti-terrorism and Demining 33%.

Take, for example, the International Atomic Energy Agency or IAEA. Located in Vienna, Austria, the IAEA was established in 1957 to safeguard against the proliferation of dangerous fissile materials for nuclear weapons, and to promote peaceful uses of nuclear energy. Today the IAEA inspects over 400 nuclear power reactors, research facilities, and laboratories around the globe. It is the on-site inspection and verification agency for the 2015 “Iran Deal.” Its 168 Member States contribute about $400 million annually, of which the U.S. pays about 22% or $88 million. It has been living on a “zero real growth” budget for decades, so states also voluntarily give the IAEA another $158 million to conduct important programs in nuclear security, technical cooperation, and other areas. A reduction in U.S. funding for the IAEA could have a devastating effect for these nuclear nonproliferation, safety, and security programs.

Another vital international organization is the Organization for the Prohibition of Chemical Weapons (OPCW) in The Hague, The Netherlands, which implements the 1993 Chemical Weapons Convention (CWC) banning chemical weapons. The chemical weapons ban has 192 States Parties, and the OPCW has overseen the safe and verified elimination of over 66,000 metric tons of deadly chemical agents in Albania, India, Iraq, Libya, South Korea, Syria, US, and Russia since 1997. Recently, the OPCW helped destroy both Syria’s and Libya’s declared chemical weapons stockpiles. Like the IAEA, the OPCW has been on a budgetary diet for over five years. It receives about $75 million annually from member states but roughly a third of those (64 countries) fail to pay their dues. For example, Brazil has a cumulative standing debt of over $5 million and Venezuela owes $1.8 million. The U.S. hasn’t paid $8 million of its 2017 assessment, while China and Japan also owe money (respectively, $5.8 million and $4.3 million). It’s no wonder that the OPCW continues to project large annual deficits in spite of staff reductions and belt-tightening. The U.S. representative at the OPCW’s 21st Conference of States Parties last November stated that the “growing income deficit threatens the ability of the OPCW to fulfil its core functions.”

Those worried about biological weapons are unlikely to be comforted by the near-bankruptcy of the organization that supports the 1972 Biological and Toxin Weapons Convention (BWC). Three individuals comprise the staff of the “Implementation Support Unit (ISU),” located in Geneva, Switzerland, which has an annual budget of $1.4 million. The BWC is the first multilateral disarmament agreement to ban a whole class of weapons and today has 178 States Parties. It is a critical piece, along with the World Health Organization (WHO), in global efforts to prevent disease being used as a weapon, and has been important in building capacity to respond to emergency outbreaks of Ebola, Zika, Avian Flu, and other communicable diseases. But it’s on the verge of bankruptcy, primarily because 152 of its States Parties (85% of members) still have outstanding debt; while most debts are small, Brazil tops the list with a debt of $298,000.

Three other regimes also face large financial deficits–the Convention on Cluster Munitions (CCM), the Convention on Certain Conventional Weapons (CCW), and the Anti-Personnel Landmine Convention (OTW). Although their deficits are smaller, it’s hard to work without funds. In fact, the CCW conference scheduled for last month was cancelled by the chairperson, UK Ambassador Matthew Rowland. Isn’t ending the scourge of landmines, cluster bombs, and other inhumane weapons worth a few million dollars?

Although the Comprhensive Nuclear-Test Ban Treaty (CTBT) has not yet entered into force, the global monitoring and verification system to detect and deter nuclear explosions is nearly completed and operating 24/7. To ensure its continued operation, the Comprensive Test Ban Treaty Organization (CTBTO), which is based in Vienna, Austria, requires continued funding from the United States and other signatories to maintain and operate the monitoring system.

Signed in 1996, the treaty bans all nuclear testing underground, underwater, and in the atmosphere. The CTBTO currently operates 286 certified seismic, hydroacoustic, infrasound, and radionuclide stations to listen for any measurable signs of nuclear explosions. The CTBTO has helped verify the recent North Korean underground nuclear tests as well as the radioactivity released from the 2011 Fukushima nuclear meltdown. Reductions in its annual budget of $130 million would threaten these very critical functions for global security and safety.

More broadly, the United Nations itself remains vital to global security. The U.S. contributes over $10 billion annually to UN programs, and the next nine major national contributors account for another $16 billion. Yet recently only 35 of 196 UN member countries were up-to-date on assessment payments, endangering many of these international programs.

As the U.S. Congress considers the budget request in front of it, particularly the authorization and appropriations of the State Department, Senators and Representatives need to weigh the costs and benefits of U.S. support for international organizations. It is reasonable for the US, and other states in the global community to require the best quality and efficiency from international organizations, but it is counterproductive to freeze, or even to reduce contributions or, in the extreme, to suspend them. In the case of the US, it needs to retain its global leadership in international peace and justice; if the U.S. reneges on timely annual assessments and voluntary contributions, so will many other nations.

Short-changing multilateral and diplomatic initiatives, including nonproliferation and verification regimes, will only lead to organizational breakdown, proliferation of dangerous weapons and fissile materials, and a rising risk that terrorists will find it easier to acquire weapons of mass destruction. Support for international organizations that are doing vital work is a small price to pay for global security.

Irma Arguello is founder and chair, NPSGlobal Foundation, Argentina and Head of Secretariat of the Latin American and Caribbean Leadership Network; Sharon Squassoni is director and senior fellow, Proliferation Prevention Program, Center for Strategic and International Studies, Washington DC; and Paul Walker is international director, Environmental Security and Sustainability, Green Cross International, Washington DC, and vice chair of the Arms Control Association board of directors. They are all steering committee members of the Fissile Material Working Group (FMWG).