– Joseph Biden, Jr.
Senator
January 28, 2004
In the age of Trump, the global nuclear threat is too high

This article originally appeared on the website Left Foot Forward.

Today, US and Russian nuclear stockpiles are down from their Cold War peaks, but the global nuclear threat remains far too high.

The US and Russia are estimated to have 4,018 and 4,500 warheads stockpiled and assigned for military use. Under the 2010 New Strategic Arms Reduction Treaty (START), each is limited to 1,550 deployed strategic nuclear weapons on as many as 700 nuclear delivery vehicles until 2021. If these weapons were used even in a ‘limited’ way, the result would be catastrophic. 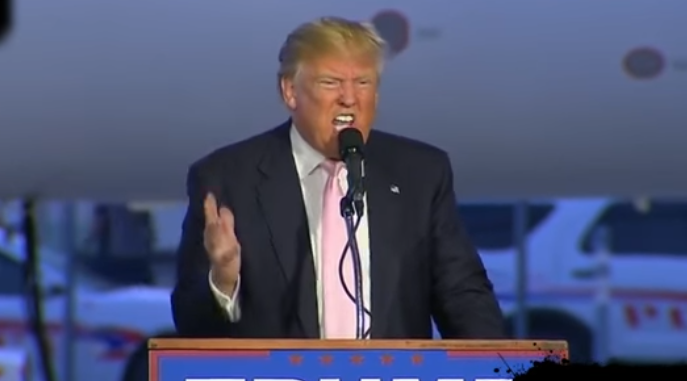 Even before the arrival of Donald Trump at the White House in Washington, tensions between the world’s nuclear-armed states were on the rise and the nuclear geometry in Asia was becoming more complex and dangerous. With Trump’s election, the situation is even more precarious.

With hundreds of long-range thermonuclear weapons on each side poised for action within minutes of any sign of a nuclear attack, the fate of the world still depends on the good judgment and restraint of the US and Russian presidents in a crisis.

Trump has not yet, in any formal way, outlined his thinking on nuclear weapons.

If translated into formal US policy, however, some of his less formal pronouncements on nuclear weapons would represent a radical break from long-standing US policies and increase tensions with other nuclear-armed states.

In a 23 February interview with Reuters, Trump vowed: “if countries are going to have nukes, we’re going to be at the top of the pack” and called New START “one-sided.”

Before the end of his term Trump, along with Putin, will need to decide whether to extend the 2010 New START and its monitoring regime past its February 2021 expiration date for another five years, and whether to negotiate a follow-on agreement, or go forward without legally binding, verifiable limits on the world’s two largest nuclear arsenals.

For decades, US presidents from both parties have sought to reduce the risk of a nuclear confrontation, cut bloated nuclear stockpiles, and prevent proliferation. Some have been more successful than others, but all have tried. Maintaining progress on US and Russian nuclear disarmament helps to lower tensions and maintain strategic stability.

Key US allies in Europe and Asia have an important role to play in encouraging the Trump administration to respect and uphold past US nuclear risk reduction commitments and to seek ways to further maintain progress in several key areas:

Reduce nuclear tensions. When Trump and Putin meet later this year, the two leaders could reduce worries about nuclear missteps by reaffirming the statement by Reagan and Gorbachev from 1985 that “a nuclear war cannot be won and must never be fought.” They should reaffirm their commitment to the quarter-century-long US and Russian moratoria on nuclear weapons test explosions.

Extend New START and seek deeper cuts. Trump and Putin should agree exercise the option to extend New START to 2026 and, in the meantime, explore options for mutual cuts in their excessive nuclear arsenals. As President Barack Obama noted in his final press conference, “[T]here remains a lot of room for both countries to reduce our nuclear stockpiles.”

Address INF Treaty violations. Russia’s deployment of ground-based cruise missiles prohibited by the landmark 1987 INF Treaty is a serious matter. Trump said on 23 February 2017 he would take up the issue with Putin when they meet. He should, but he should remember that Russia’s missile deployments do not significantly alter the military balance. The two sides should agree to discuss the United States evidence of the violation at another meeting of the treaty’s Special Verification Commission and to work to resolve all outstanding compliance issues.

Adjust US missile defence plans. The United States has followed through on its phased adaptive approach for limited missile defences in Europe to counter Iran’s medium-range missile arsenal. With the successful implementation of the 2015 Iran nuclear deal, Washington can suspend the deployment of more advanced Aegis missile interceptors in Poland, as well as a possible ground-based, strategic interceptor site on the US East Coast. Failing to adapt missile defences will only deepen Russian suspicion the system is also directed at them and increase the likelihood of dangerous Russian countermoves.

Further reducing the salience of nuclear weapons. In the seven decades since the attacks on Hiroshima and Nagasaki, nuclear weapons have become less and less relevant to the security of possessor states and their allies and more harmful to international security and human survival. Today, the world’s nuclear-armed states still face significant security threats, but none can be effectively resolved with nuclear weapons or the buildup of nuclear capabilities.

This year, multilateral negotiations on a “legally-binding instrument to prohibit nuclear weapons, leading towards their total elimination” were launched.

Although most of the world’s nuclear-armed states will likely boycott the negotiations, the process and the final product could help strengthen the legal and political norm against their use.

The most serious test of any president is whether and how they reduce global nuclear dangers and avoid miscalculation in a nuclear crisis. There is ample reason to be concerned that Donald Trump and his team may not pass the test. To succeed or at least avoid major mistakes, the Trump administration must discard reckless rhetoric and learn how to build on previous presidents’ substantial efforts to reduce nuclear dangers and move toward a world without nuclear weapons.