Authored by Vincent Intondi on February 26, 2017

On April 1, 1961, the prominent black writer James Baldwin addressed a large group of peace activists at Judiciary Square in Washington, DC. Baldwin, who had recently become a member of the advisory group of SANE, was one of the headlining speakers for the rally, which focused on “Security Through World Disarmament.” 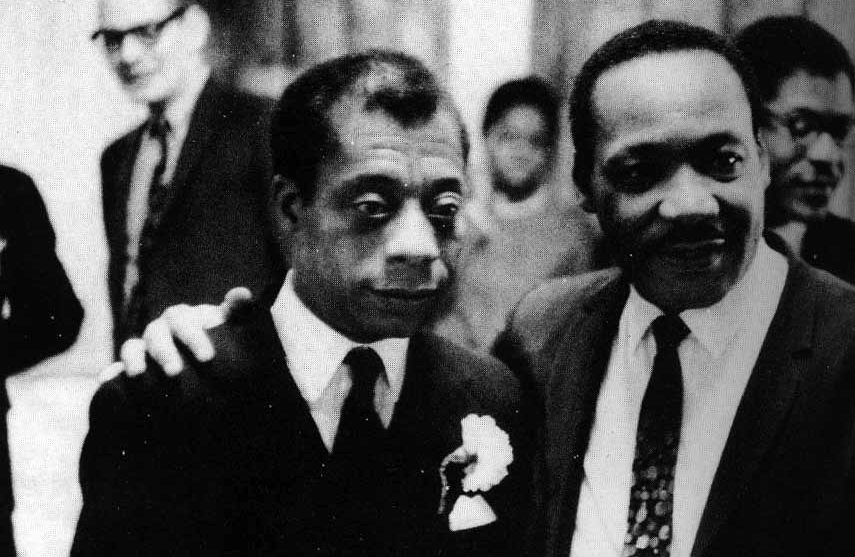 When asked why he chose to speak at such an event, Baldwin responded: “What am I doing here? Only those who would fail to see the relationship between the fight for civil rights and the struggle for world peace would be surprised to see me. Both fights are the same. It is just as difficult for the white American to think of peace as it is of no color... Confrontation of both dilemmas demands inner courage.”

Baldwin considered both problems in the same breath because “racial hatred and the atom bomb both threaten the destruction of man as created free by God.” The rally was part of a larger antinuclear campaign organized by Witness for Peace, which began with Easter weekend.

Baldwin’s comments were strikingly similar to those of Dr. Martin Luther King, Jr., just four years earlier. Many scholars who have examined King’s later years argue that in the mid-1960s King began to shift his focus from civil rights to issues relating to peace and economic justice. However, King began protesting the use of nuclear weapons a decade before 1967 and made the case much earlier than has previously been written, that civil rights was inextricably linked to peace.

When asked in December 1957 about the use of nuclear weapons, King replied:

I definitely feel that the development and use of nuclear weapons should be banned. It cannot be disputed that a full-scale nuclear war would be utterly catastrophic. Hundreds and millions of people would be killed outright by the blast and heat, and by the ionizing radiation produced at the instant of the explosion... Even countries not directly hit by bombs would suffer through global fall-outs. All of this leads me to say that the principal objective of all nations must be the total abolition of war. War must be finally eliminated or the whole of mankind will be plunged into the abyss of annihilation.

King remained committed to the antinuclear cause throughout the Civil Rights Movement. In 1959, five months after being stabbed in Harlem, King addressed the War Resisters League’s thirty-sixth annual dinner, where he praised its work and linked the domestic struggle for racial justice with the campaign for global disarmament: “Not only in the South, but throughout the nation and the world, we live in an age of conflicts, an age of biological weapons, chemical warfare, atomic fallout and nuclear bombs... Every man, woman, and child lives, not knowing if they shall see tomorrow’s sunrise.” He asked, “What will be the ultimate value of having established social justice in a context where all people, Negro and White, are merely free to face destruction by strontium 90 or atomic war?” A month later, King visited India to study nonviolence as a guest of Prime Minister Jawaharlal Nehru. Giving his farewell statement for All India Radio, he declared:

The peace-loving peoples of the world have not yet succeeded in persuading my own country, America, and Soviet Russia to eliminate fear and disarm themselves... It may be that just as India had to take the lead and show the world that national independence could be achieved nonviolently, so India may have to take the lead and call for universal disarmament. And if no other nation will join her immediately, India may declare itself for disarmament unilaterally.

Later that year, King ended up publicly defending his position on nuclear weapons to Robert F. Williams. Williams, an ex-marine and black radical, had become the NAACP branch leader in North Carolina. After a series of confrontations with white racists, Williams declared African Americans had no choice but to “meet violence with violence,” and organized an armed self-defense group in Monroe. The NAACP’s national office suspended Williams soon after. Williams appealed his case to delegates attending the group’s national convention in July. Roy Wilkins persuaded delegates to uphold Williams’s suspension, and King, who was scheduled to speak at the convention, focused his talk on the importance of remaining nonviolent.

King felt compelled three months later to respond when Williams wrote in Liberation that nonviolence was an unrealistic strategy for African Americans. While he praised King as “a great and successful leader,” Williams insisted that nonviolence was “made to order” for the Montgomery Bus Boycott. Conceding some ground to Williams, King admitted that even Gandhi had not condemned the principle of self-defense, even involving weapons and bloodshed. Indeed, Gandhi sanctioned armed self-defense for those “unable to master pure nonviolence.” 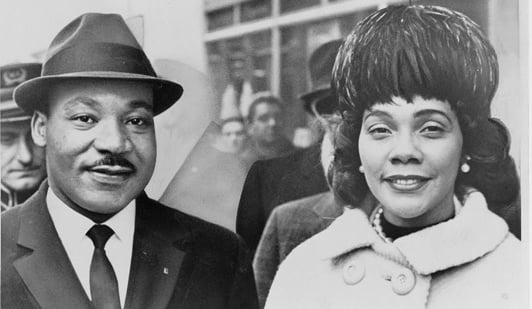 However, King was convinced that armed self-defense would “mislead Negroes into the belief that this is the only path and place them as a minority in a position where they confront a far larger adversary than it is possible to defeat in the form of combat.” King especially took umbrage with Williams’s assertion that he did not speak out nearly enough against nuclear war.

Williams argued that those like King who preached nonviolence were weak when it came to protesting “the warmongering of the atom-crazed politicians in Washington.” For Williams, black-nationalism was synonymous with antiwar. King fired back saying, “I have unequivocally declared my hatred for this most colossal of all evils and I have condemned any organizer of war; regardless of rank or nationality.”

Whether addressing church parishioners or college students, King often demanded an end to the nuclear arms race. In “Pilgrimage to Nonviolence,” King explained that “the church cannot remain silent while mankind faces the threat of being plunged into the abyss of nuclear annihilation. If the church is true to its mission it must call for an end to the arms race.” Speaking at Spelman College, King pleaded that together they must work to end the arms race and bring about universal disarmament. He called it “a matter of survival.”

Editors' Note: This article is an excerpt from Vincent Intondi's African Americans Against the Bomb. Copyright 2015 Stanford University Press, and was recently published in Boston Review. Copied with permission of the author.