Authored by Alicia Sanders-Zakre on October 6, 2016

Oct. 9 marks both Hillary Clinton and Donald Trump’s second presidential debate and the 10th anniversary of North Korea’s first nuclear test. This serendipitous timing should push each candidate to present a clear plan of action to confront North Korea’s rapid nuclear development. To date, Clinton has avoided making policy recommendations about North Korea and Trump has provided a handful of troubling remarks. 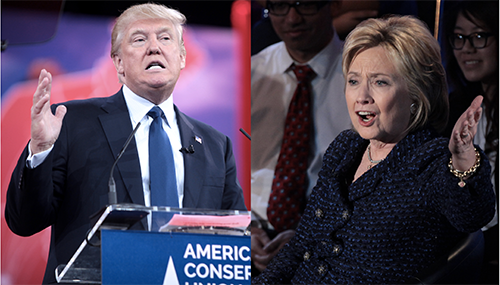 North Korea’s most recent nuclear test Sept. 9, its fifth thus far, took place only eight months after its last Jan. 6. The explosive yield from the September test was greater than 10 kilotons of TNT, nearing the explosive yield of the bomb dropped on Hiroshima and a substantial increase from the estimated six to nine kiloton yield of the January test. In between, North Korea launched no less than 21 land- and submarine- launched ballistic missiles. Both the increased yield and the decreased time between tests, as well as the accelerated pace of missile testing, signifies that North Korea is continuing to develop its nuclear and missile capabilities. Given this trajectory and Pyongyang’s goal of developing the capacity to launch a nuclear strike on the continental United States, North Korea’s nuclear advancement demands decisive action from the next U.S. administration.

Strong rhetoric on its own will do little to deter North Korean nuclear development, which both the American public and several senators have flagged as a critical concern in the past month.

A question about how to deter North Korea from furthering its nuclear program is one of 15 that The New York Times editorial board is considering asking presidential candidates based on readers’ responses to a questionnaire posted Sept. 20.

This question actually came up Tuesday at the vice presidential debate, but neither candidate articulated a clear plan for dealing with the North Korean nuclear threat. Moderator Elaine Quijano asked Democratic Senator Tim Kaine and Republican Governor Mike Pence what steps they would take to prevent North Korea from gaining the ability to launch a nuclear missile that could strike the United States. Pence called for the modernization of U.S. nuclear forces, cooperation with regional allies and a commitment to the denuclearization of the Korean peninsula, a more coherent plan than any that his running mate has espoused, but one that still lacks specificity. Kaine chose to discuss the Trump Foundation instead of North Korea in his response, prompting Moderator Quijano to remind the senator of the topic of the question. When pressed, Kaine voiced support for U.S. and UN sanctions and diplomatic cooperation with China to pressure North Korea. The fact that neither vice presidential candidate was able to voice a detailed plan to successfully curtail North Korean nuclear development is a further indication that the presidential candidates need to explain their proposals at the next debate.

Congress also recently expressed frustration that the Obama administration, despite its condemnation, has not taken more forceful action to counter North Korean aggression.

The Obama administration's policy of “strategic patience” with North Korea has failed, argued Sen. Gardner (R-CO) at a Sept. 28 Senate Committee on Foreign Relations hearing. Sens. Gardner (R-CO), Rubio (R-Fla.) and Menendez (D-N.J.) called for stronger sanctions on both North Korea and China. China, North Korea’s largest trading partner, accounts for over 70 percent of North Korea’s total trade volume, according to a January Congressional Research Service report. The toll of sanctions on the North Korean economy is compromised by its strong trade partnership with China, claimed Sen. Cardin (D-Md.) at the hearing. The ideal solution would be for China to decide on its own, without sanctions from the United States, to put more pressure on North Korea, asserted Daniel Fried, the coordinator for sanctions policy at the U.S. Department of State, who provided testimony for the hearing.

Unfortunately, neither presidential candidate has outlined a viable strategy to address these concerns. Trump’s offhand attitude toward nuclear weapons in general, and North Korea in particular, is disconcerting. During the first presidential debate Sept. 26, Trump called on China to “go into North Korea,” a comment which sounds dubiously like an endorsement of a Chinese invasion of North Korea. He did not provide further explanation of this proposed course of action. Trump has also suggested that South Korea and Japan develop their own nuclear weapons to defend themselves from North Korea. Encouraging the further proliferation of nuclear weapons would jeopardize both regional and global security.

Clinton provides only fleeting commentary on the key issue. Of the many issue briefs Clinton posted on her website, only three mention nuclear weapons and none mention North Korea. Clinton didn’t comment on North Korea during the first presidential debate.

Looking ahead, the next administration must translate the consistent alarm expressed internationally and domestically to clear and judicious action to control and eliminate North Korea’s nuclear program. Sanctions alone have not proven to be effective. Trying to use sanctions to coerce China into pressuring North Korea is a poor substitute for genuine cooperative efforts. International coordination is essential to engage North Korea in a productive dialogue to counter its nuclear development. In the short term, the United States and other countries in the region should consider pursuing a freeze in nuclear and missile testing, thereby preventing North Korea’s programs from advancing.

Presidential candidates must be prepared to address the threat of North Korean nuclear development immediately upon taking office and to discuss their plan with the American people. The second debate Oct. 9, on the 10th anniversary of North Korea’s first nuclear test, would be a fitting time to begin that conversation.