Squadrons of fact-checking journalists have been deployed by news organizations over the past several months trying to provide some perspective on claims about key campaign issues, including the 2015 nuclear deal between six world powers and Iran that the Barack Obama administration and former Sec. of State Hillary Clinton have claimed credit for and that the Trump-Pence campaign has criticized. 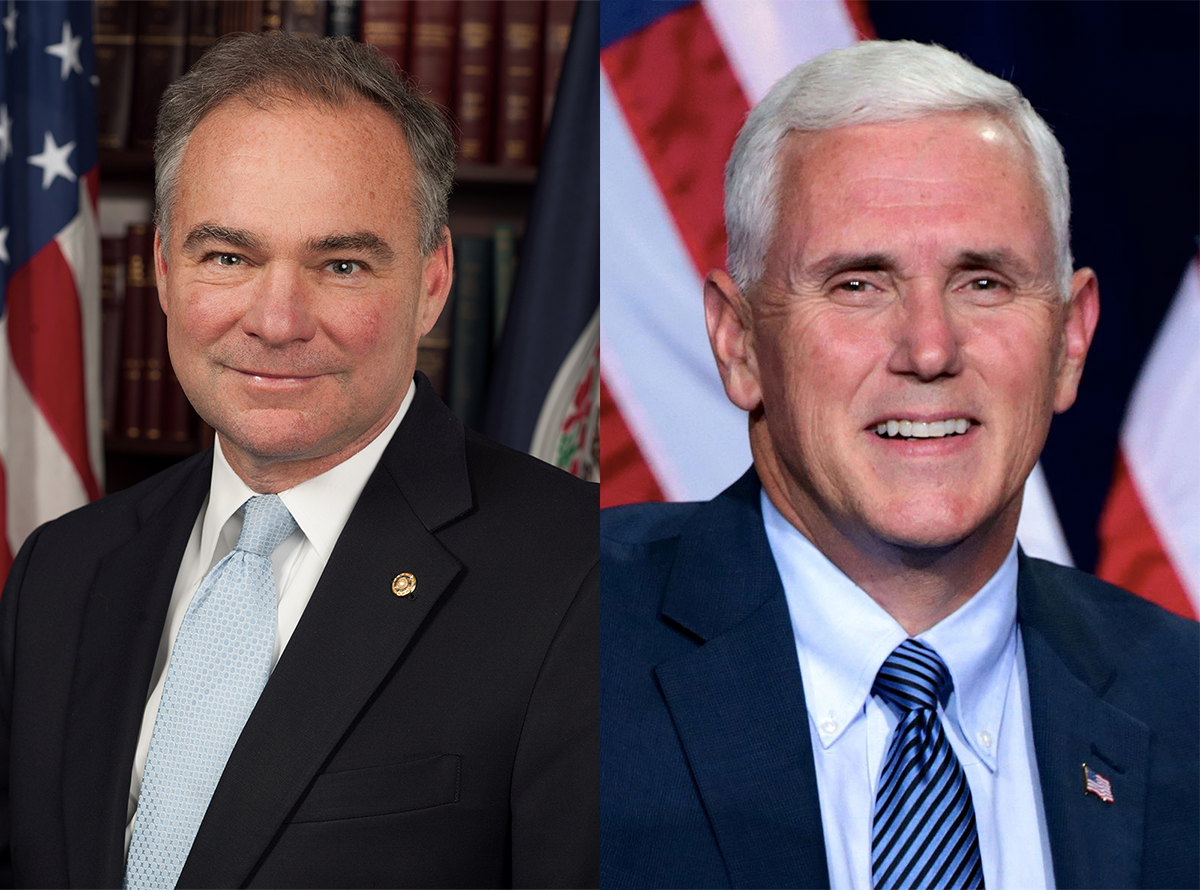 Their effort to clarify the facts about these and other issues is vital to ensuring we have a more informed electorate. But sometimes the fact-checkers themselves – perhaps in their rush to provide information in near-real time on the candidates’ statements – garble complex technical issues or leave out key facts.

Last night during the course of the first and only debate between Democratic vice-presidential candidate Tim Kaine and Republican Mike Pence, veteran diplomatic reporter Mark Landler from The New York Times, unnamed reporter(s) from ABC News, and veteran journalist Glenn Kessler from The Washington Post separately tried to fact check a Tim Kaine statement on the impact of the Iran deal, which Hillary Clinton when she was Sec. of State helped advance:

Kaine: "She [Clinton] worked a tough negotiation with nations around the world to eliminate the Iranian nuclear weapons program without firing a shot."

The following is an analysis of the fact-checking efforts of each of these news outlets:

ABC News graded Kaine’s statement “False” which is just not fair or accurate.

Kaine would have been more accurate if he had said: “The Iran deal verifiably blocks all of Iran’s pathways to nuclear weapons for at least a decade, and probably more.”

It should also be noted that the U.S. intelligence community assessed in 2007 that Iran had halted an organized program for building nuclear weapons in 2003 but that some elements of the program continued but not in an organized manner. The 2015 Iran nuclear deal has certainly disrupted and probably has halted any remaining nuclear weapons development effort.

Furthermore, while the ABC News explanation of the Iran deal (quoted below) is partially correct, it omits key elements and also contains factual inaccuracies.

“The nuclear agreement reached between six world powers and Iran last year does not completely eliminate the Iranian nuclear program. Its major achievement, as told by the Obama administration, was getting Iran to commit to reduce its stockpile of nuclear material and cease further enrichment, effectively extending the time it would take Iran to build a bomb.”

ABC News and the other fact-checkers also omit mention of several of the other restrictions on Iran’s program that effectively block Iran’s pathways to nuclear weapons for at least a decade or possibly more, including:

ABC News also incorrectly suggests the nuclear deal got Iran to “cease further [uranium] enrichment.” It did not. Rather the 2015 nuclear deal:

Landler at The New York Times dubbed Kaine’s statement an “exaggeration,” and we would agree that Kaine did somewhat overstate the impact of the deal.

“Kaine’s assessment gives Hillary Clinton more credit than she or the Obama administration deserves. It is true that the nuclear agreement sharply cuts back the number of centrifuges and nuclear material Iran can have, prolonging the period of time Iran would need to manufacture a weapon."

But Landler does not help to clarify matters when he says:

"But it does not eliminate Iran's nuclear infrastructure, and the deal has a sunset clause, meaning Iran will be able to resume its work after the deal expires in 15 years.” 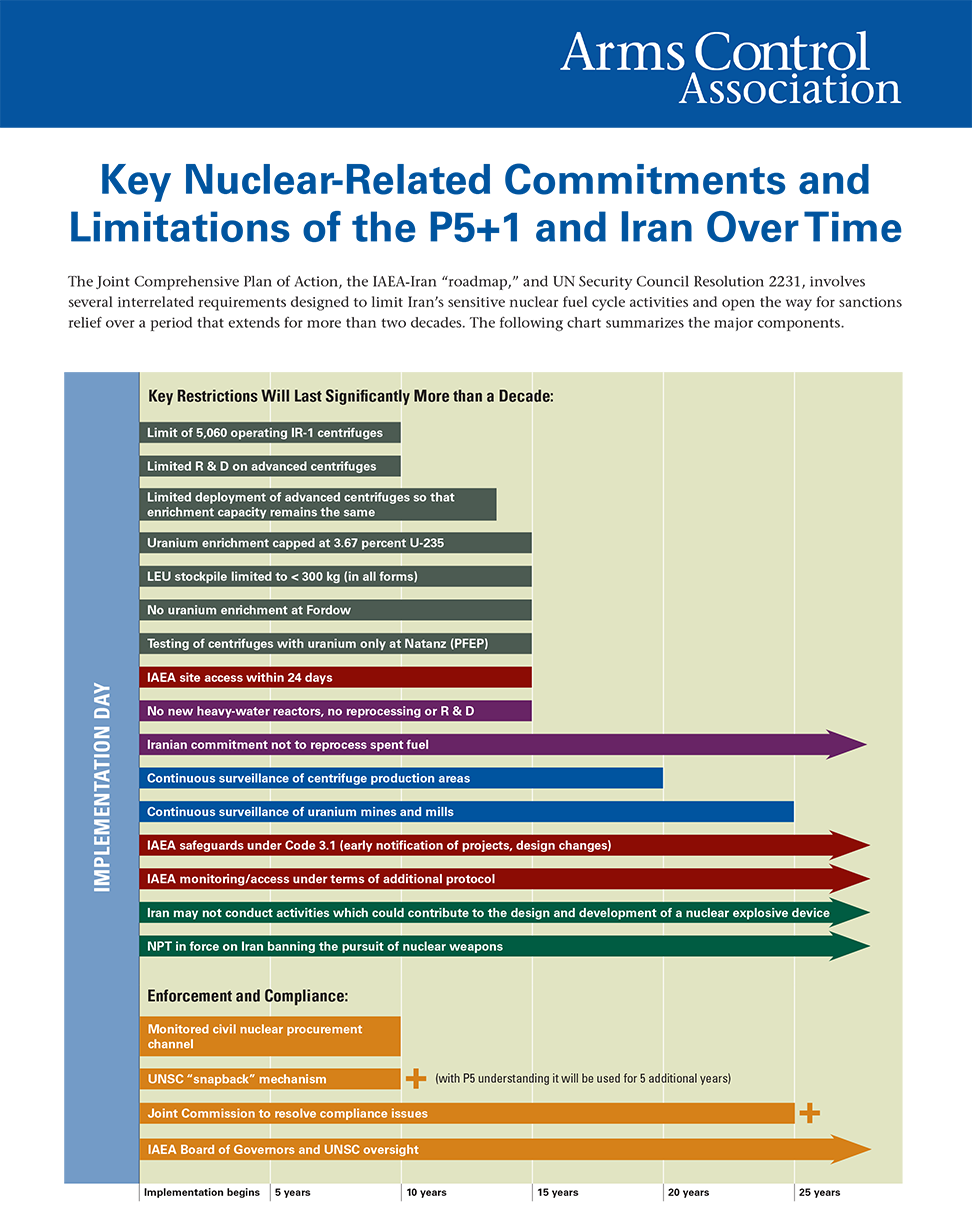 Furthermore, Landler is vague about what kind of “work” Iran could resume after the key uranium enrichment limits phase-out. He should be clear that it could possibly be the accumulation of more enriched uranium and uranium enrichment on a faster timeline and/or at higher levels using more advanced centrifuge machines, which could mean the time it could take Iran to amass enough material for one nuclear weapon could shrink from more than 12 months to just a few weeks, if such work were not detected first.

But it is also important to recognize that the other restrictions would not allow Iran to develop nuclear weapons and all of its key activities would remain under rigorous IAEA safeguards that would very likely detect, within weeks, any effort to “break out” of the nuclear Nonproliferation Treaty and try to build nuclear weapons.

Glenn Kessler’s take in The Post repeats the same simplistic, short-hand claim the Iran nuclear deal “expires in 15 years.” (*UPDATE: Since publication of this blog post, Mr. Kessler has adjusted The Washington Post article.) But Kessler does provide what I would consider to be a more accurate summation of the overall impact of the nuclear deal than the other fact-checkers. He writes:

“The deal … did increase the amount of time that Iran would need to build a nuclear weapon by reducing its centrifuges for uranium enrichment and its stockpile of enriched uranium. [Among other restrictions and additional monitoring provisions.]

“… While Iran has insisted it has no interest in building nuclear weapons, the deal does not eliminate the risk that it will obtain nuclear bombs.”

No one has an absolute lock on the facts and there are certainly different ways to characterize the impact of the 2015 nuclear deal with Iran, which is a complex, multi-year agreement. And it can certainly be difficult to accurately summarize the nonproliferation impacts of the 2015 Iran nuclear deal in a few short words.

But it is essential that the fact-checkers pay closer attention to the details of the 2015 Iran deal so they are not themselves misinforming or misleading their readers about this pivotal international security issue.