Authored by Rachel Stohl and Shannon Dick on May 3, 2016

Two young terrorist recruits are being fitted with suicide bombs in a home in the outskirts of Nairobi. High-value targets on the United States and United Kingdom kill lists share tea with them before they are suited up to make videos. The opportunity to strike these targets and potentially prevent a devastating attack is fleeting. This is the story central to the new film Eye in the Sky. 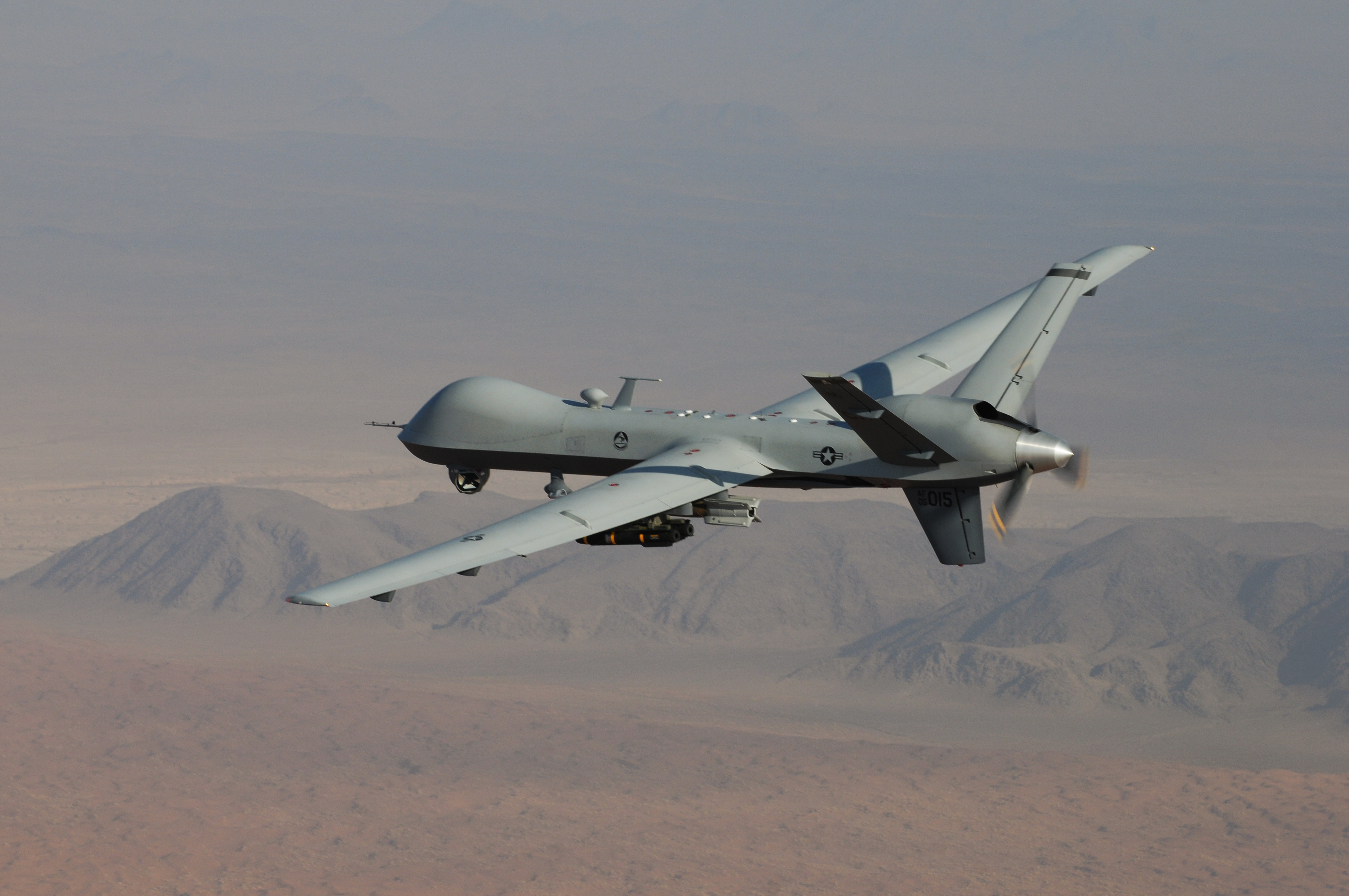 Drone warfare has captured the attention of the media, national security experts, and policymakers alike. Eye in the Sky brings the issue to a wider audience and unpacks much of the current policy debates about the use of armed drones in counterterrorism operations in a sleek, emotional, and tense story. In what seems like real time, the minutes to make a decision to strike tick away as the characters in the film are forced to make a decision with deadly consequences.

Written by Guy Hibbert and directed by Gavin Hood, the film grapples with the ethical and political consequences of targeted killings. The film stars Helen Mirren as the dogged Colonel Katherine Powell singularly focused on pursuing al Shabaab terrorists in Kenya, including a UK citizen named Susan Danford. Powell is overseeing a mission to capture these targets, but when the terrorists enter a militant-controlled area and fit two new recruits with suicide vests, Colonel Powell quickly secures permission from her superior, Lt. Gen. Frank Benson—played by the incomparable Alan Rickman, in his last movie role—to upgrade the mission from one of capture to kill. The mission is complicated, however, by the presence of a young Kenyan girl who unknowingly positions herself within the casualty radius of a potential drone strike.

What follows is a tense portrayal of the legal, political, and moral discussions behind a kill decision as military personnel, lawyers, and politicians in the United Kingdom and the United States debate the merits of striking a seemingly imminent terrorist threat in “a friendly country that is not at war.”

The film portrays personal discomfort primarily on the part of UK officials with making the strike decision, particularly as both military and diplomatic personnel repeatedly recommend “referring up” for official approval. This contrasts sharply to the U.S. response where officials continue to be baffled by the protracted discussion and make clear that the strike is legally sound and desired. When the U.S. Secretary of State, played by Michael O’Keefe, is interrupted from his ping-pong tournament in Beijing to confirm the legality and permissibility of the strike, his irritation and annoyance are unmistakable.

Through its up-close look at the processes and mechanisms behind targeted killing decisions, the film undercuts many of the common misconceptions about drone warfare. For example, in its portrayal of the numerous and geographically disparate actors, Eye in the Sky underscores the misnomer of “unmanned” warfare. Indeed, in the film, many people are involved in the operation and decision-making processes, with characters located all over the world – from Hawaii, Nevada, and Washington DC, to London, Nairobi, Beijing, and Singapore.

The film also challenges the conception that drone warfare creates an impersonal “video-game” mentality among the pilots, in which the human cost is overlooked in pursuit of a successful strike. Rather, the movie gives considerable attention to the plight and emotions of the drone pilots, Steve Watts (played by Aaron Paul) and Carrie Gershon (played by Phoebe Fox), emphasizing their moral concerns arising from the change in mission from one of surveillance to a lethal operation with the likely potential of civilian casualties.

The movie shines light on larger issue of flaws in intelligence and the efficacy of targeted killing as an effective counterterrorism tool. Indeed, the film pays very little attention to drone technology itself (aside from perhaps emphasizing the “cool” factor with micro-bird and bug drones) and instead focuses more on the political and strategic decision-making architecture contained within targeted killing decisions. In one tense exchange, characters debate the political costs of a drone strike, even if it is legally acceptable. In other words, just because you can take the strike, doesn’t mean you should.

The film also provides a glimpse into the way technology can influence political decisions, as the elected officials remain concerned about postings of the strike on YouTube and the ways in which they can “win the propaganda war.” In one telling scene, a politician says he’d rather blame al Shabaab for killing 80 innocent civilians rather than defend the UK government’s killing of one innocent civilian, even if that death meant preventing a terrorist attack.

Overall, Eye in the Sky puts the ethics of drone strikes on full display. It offers viewers an intimate look at capture vs. kill decisions and explores a number of legal issues, including the proportionality of response to the perceived threat. It emphasizes the unintended consequences of lethal drone operations and the adverse impact of civilian casualties. In this way, the movie serves as a larger critique of the longer-term impact of targeted killing program.

In short, those involved in writing, directing, and producing Eye in the Sky did their homework. Although they took some obvious artistic license to tell a good story in an hour and 40 minutes, the Eye in the Sky filmmakers realistically portray the broader debate about the government use of drones and the targeted killings for a much-wider audience.