– Frank von Hippel
Co-Director of Program on Science and Global Security, Princeton University
Why My Generation Should Care About Nuclear Disarmament

Jack Wood is a senior from Carbondale Community High School in Carbondale, Illinois. He spent the week of March 14 interning at the Arms Control Association as part of his AP Government class. 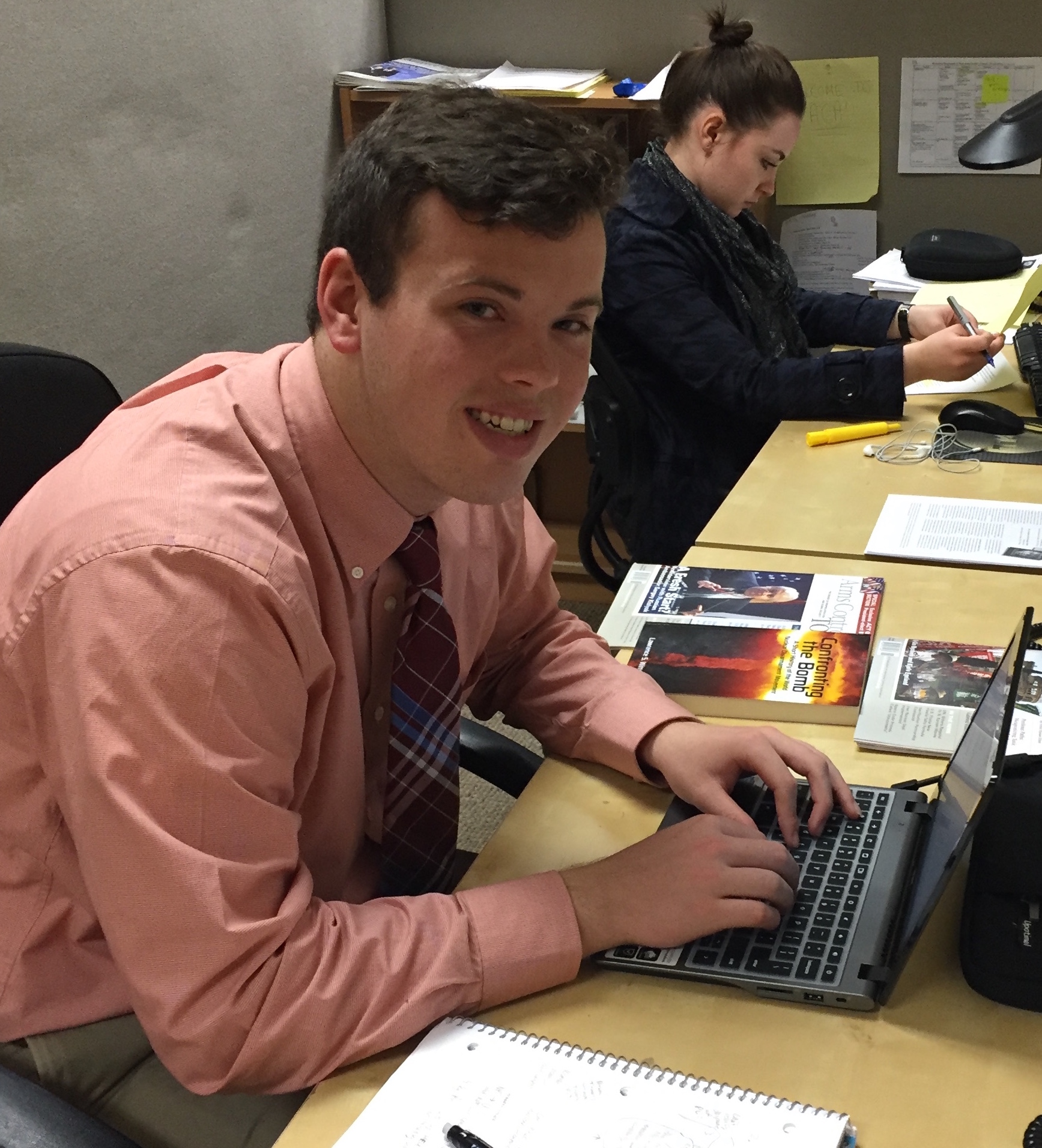 Over the week that I worked here, I have learned vast amounts of what the Arms Control Association does and about nuclear issues in general. This kind of knowledge is not easy for a young adult or millennial to obtain, as the opportunities are just not that abundant. Because of this, we do not really think about arms control and nuclear security. Sometimes those issues do present themselves in our lives, but we merely shrug them off and continue to live our lives. But the fact is, these matters do affect my life and the lives of the rest of my generation even if the direct effect is not always easily seen.

The world is a different place than it was in the time of the Cold War, but issues that were happening then are still relevant to the present. People’s way of life was changed during those times. Everyone constantly lived in fear of what could happen if someone gave the “go-ahead” to use nuclear weapons, and not only were the effects felt at home, the entire world was changed as a result of this standoff.

A similar nuclear confrontation could happen today; the only issue is that not very many people believe that the nuclear weapons around the world will actually cause anything similar to the Cold War to occur. It seems that in my generation, many people know about the threats of countries having, or looking into, nuclear capabilities. For example, countries like North Korea and Iran that have been researching nuclear arms or developing small nuclear arsenals, could turn out to be extremely dangerous in the future. The only problem is, while we recognize that those countries do yield the power to obtain nuclear weapons, we do not truly fear that anything will come from it. So, it is obvious that we should be more aware of what could happen, not only to our nation but to the world.

Many issues come from the view that a country can protect itself from the nuclear weapons of other countries by retaining its own number of warheads. The risk of such a tactic greatly outweighs the benefit. This strategy can have more issues in a nation than just security risks. Raising a stockpile of nuclear warheads can be an expensive venture for a country, where those millions or billions of dollars could be better used somewhere else.

Human error is another dangerous possibility that could come from retaining the current amount of warheads. There have been many instances in the past where accidents have happened or a nuclear confrontation has loomed very close. If a nuclear conflict were to happen and escalate, more countries could potentially become involved and lead to a large scale nuclear war. As millennials think about the future of the world, we have to think about these possibilities that could not only affect our own lives, but the lives of those around us.

If every stockpile was reduced instead of increased or retained, this threat would be much less dangerous, would not present as much of a threat to the entire world, and could still keep countries safe. Recently those stockpiles have been decreasing as the current warheads have started to be dismantled and the global amount is nowhere near the peak from the Cold War. But more needs to be done to accelerate the pace of disarmament.

Finally, to help end the nuclear threat, more awareness needs to be raised. At this moment, people know that the weapons exist, but do not truly understand or care what they could be used for. Educating the youth is an important step in achieving a knowledgeable society that will be able to work towards disarmament and nonproliferation for the future.