Nuclear weapons are expensive. That much has been known for some time.

The Congressional Budget Office (CBO) released reports in December 2013 and January 2015 showing that current plans to maintain and eventually rebuild all three legs of the U.S. nuclear triad and its associated warheads will cost American taxpayers roughly $35 billion per year over the next decade, or five to six percent of the plans for national defense spending.

Over the next 30 years, the bill could add up to $1 trillion, according to recent report of the National Defense Panel Review of the 2014 Quadrennial Defense Review.

However, could the nuclear budget burden be even larger than these estimates have suggested?

At a February 26 House Armed Services Subcommittee on Strategic Forces hearing. Rep. Rick Larsen (D-Wash.) referred to a September 2014 letter from Adm. Cecil Haney, the head of U.S. Strategic Command (STRATCOM), stating that nuclear weapons "will require close to 10% of the DoD budget for a period of time.” The letter states that the Defense Department currently spends two and a half percent of overall military spending on America’s strategic nuclear arsenal.

It is common knowledge that the administration’s nuclear spending plans are going to impose significant fiscal challenges for the Pentagon, particularly ten years from now when the planned procurement of new nuclear submarines, missiles, and bombers will be at its peak. But, 10% of the budget during the period of the mid-2020s would translate to over $60 billion annually based on current projections of overall military spending at that time, just on nuclear weapons. 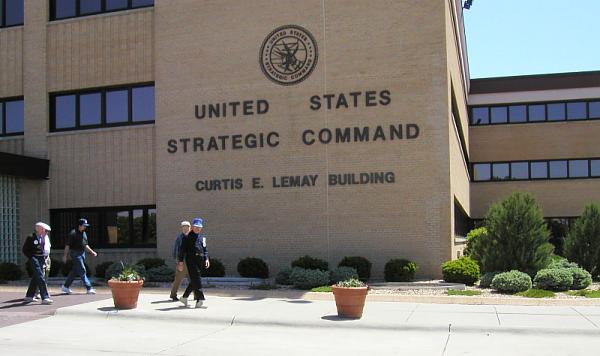 It is not clear how or what assumptions STRATCOM made to arrive at the 10% figure.

When confronted with the letter by Larsen, Haney backtracked and cited CBO's recent estimate—nuclear weapons will account for five to six percent of the plans for national defense spending. However, Haney did not note that CBO’s projection covers the decade between fiscal years 2015 and 2024, not, for example, the years 2021 and 2030, when nuclear weapons spending is slated to surge.

Regardless of the percentage of defense spending that will be consumed by nuclear weapons, U.S. military leaders continue to warn that the United States is facing an affordability problem in the near future when its comes to sustaining and modernizing nuclear forces, especially in light of current resource constraints.

At a March 4 Senate Armed Services Subcommittee on Strategic Forces hearing, Under Secretary of Defense for Acquisition, Technology, and Logistics Frank Kendall stated that as the Pentagon starts to actually build new submarines, missiles, and bombers in the early 2020s, “we're gonna start to have a problem finding ways to afford these systems.”

The Senate and House Budget Committees are scheduled to unveil budget resolutions next week, and the expectation is that they will stick to the Budget Control Act caps. Meanwhile, key leaders of the Senate and House Appropriations Committees have been warning Defense and Energy Department officials that they should expect to receive far fewer dollars than they requested, including for nuclear weapons programs, and begin to plan accordingly.

What all this amounts to for the nuclear weapons budget is that the current trajectory the administration is on is unsustainable.

Fortunately, this trajectory can be altered without undermining U.S. national security.

Given current budget constraints, higher priority defense needs, and the fact that the current arsenal of approximately 4,800 nuclear weapons is largely irrelevant to America’s most pressing national security challenges, spending one in every ten dollars on nuclear would be a gross misproritization of resources.

As the Arms Control Association detailed in a report last October, tens of billions can be saved over the next decade alone by trimming portions of the arsenal and scaling back current modernization plans. It’s high time that military leaders and Members of Congress begin to explore ways to chart a new course, lest the current one result in a budgetary train wreck that harms U.S. national security.