"...the Arms Control Association [does] so much to keep the focus on the issues so important to everyone here, to hold our leaders accountable to inspire creative thinking and to press for change. So we are grateful for your leadership and for the unyielding dedication to global nuclear security."
– Lord Des Browne
Vice Chairman, Nuclear Threat Initiative
Signs of Progress on North Korean Nuclear Problem 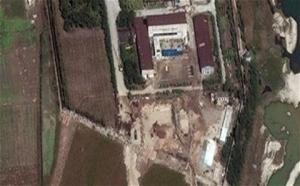 Today, the U.S. State Department announced that the Democratic Peoples Republic of Korea (DPRK) has agreed to implement a moratorium on nuclear weapon test explosions, long-range missile launches and other nuclear activities, including enrichment at its Yongbyon nuclear complex and to allow U.N. nuclear watchdog inspectors in to ensure compliance.

"The United States still has profound concerns regarding North Korean behavior across a wide range of areas, but today's announcement reflects important, if limited, progress in addressing some of these," said the Department's spokesperson Victoria Nuland in the Feb. 29 statement.

Concerns still remain, but the news, which follows a Feb. 23-24 round of exploratory U.S.-DPRK bilateral talks in Beijing, is clearly a very welcome and important development.

As I wrote in my column "Next Moves on North Korea" in Arms Control Today last month, "... it is vital that President Barack Obama re-engage the North Korean regime and re-establish a verifiable freeze of North Korea's nuclear and missile programs before they take yet another turn for the worse."

Republicans and Democrats interested in protecting U.S. and international security have an obligation to put election-year politics aside and support the steps announced by the State Department today.

For Washington and its allies in Asia, it is essential that North Korea's nuclear program remain as limited as possible. As I noted in Arms Control Today:

As South Korean President Lee Myung-bak said Jan. 2, the Korean peninsula is "at a turning point." Doing nothing in the face of the risk of new and more dangerous North Korean nuclear and missile capabilities is not an option.

Today's announcement is an important step toward a verifiable freeze of the most worrisome North Korean nuclear activities. President Barack Obama and Amb. Glyn Davies--the U.S. point-man on the DPRK--need to maintain the momentum in the weeks and months ahead.