Chairman of the Joint Chiefs of Staff Gen. Mark Milley was telling it like it is when it comes to the potential launching or firing of a nuclear weapon by the United States in a conflict. He definitely would be involved. (See ACT, June 2021.) 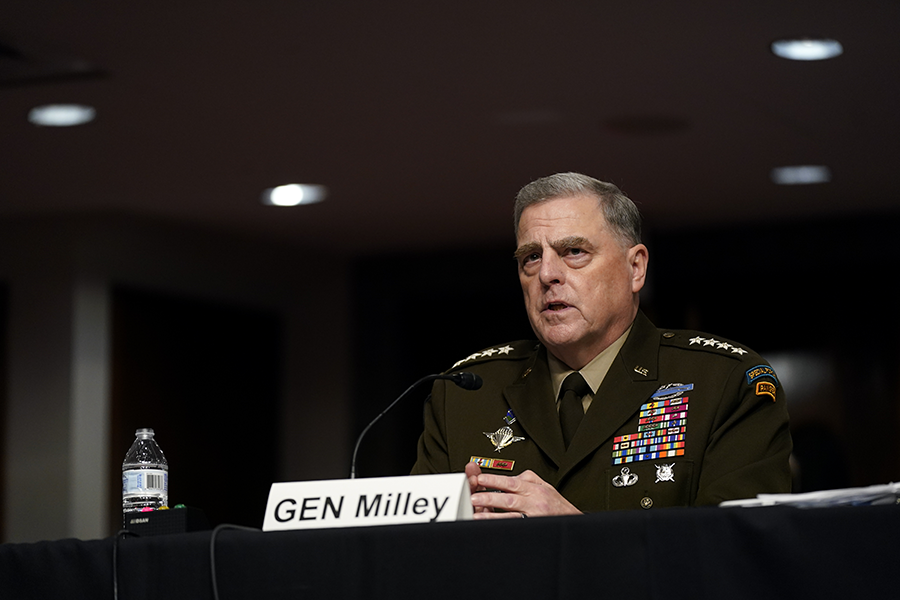 Former Defense Secretary William J. Perry has alarmed the public by warning that there is no check on the raw power of the president to unilaterally order a nuclear strike—alternately termed “nuclear launch authority”—and that the commander-in-chief might “go rogue.” (See his 2020 book: The Button.)

In many fora, Perry has posed this question: “Almost every governmental process is subject to institutional checks and balances. Why is potential nuclear annihilation the exception to the rule?”

But is it an exception? With respect, the experienced Perry could not have overlooked an intervening military check and balance as part of the safeguards built into the process of executing the launch of the weapon.

Michael Schmidt, writing in The New York Times on Sept. 15, laid bare a code-word secret from the book Peril by Bob Woodward and Robert Costa. He quoted Milley from the transcript of a telephone conversation with House Speaker Nancy Pelosi as saying:

“The one thing I can guarantee is that as the chairman of the Joint Chiefs of Staff, I want you to know…in your heart of hearts, I can guarantee you 110 percent that the…use of military power, whether it’s nuclear or a strike in a foreign country of any kind, we’re not going to do anything illegal or crazy.”

Afterward, Milley summoned senior commanders to the Pentagon war room to review long-standing procedures for launching nuclear weapons, and affirmed, as reported by Isaac Stanley-Becker in The Washington Post, that “the president alone could give the order—but, crucially, that he, Milley, also had to be involved.”

In his testimony before the Senate Armed Services Committee on September 28, Milley elaborated on his January conversation with Pelosi: “I explained to her that the president is the sole nuclear launch authority, and he doesn’t launch them alone, and that I am not qualified to determine the mental health of the president of the United States.”

Milley is not in the chain of command—he is the principal military adviser--but he has now declared, publicly, that he must be kept “in the loop” on the decision to launch nuclear weapons, once ordered by the commander-in-chief.

Moreover, he is in the chain of communications when it comes to deploying troops or ordering strikes.

The events of the last year have presented the United States with an existential question: What is the military’s duty in curbing the unilateral power of a reckless commander in chief?

William E. Jackson Jr. was executive director of President Jimmy Carter’s General Advisory Committee on Arms Control & Disarmament (1978–1980) and conducted a study of the command and control of nuclear weapons in the Executive Branch.