With the United States and North Korea at odds over how negotiations should proceed, the next steps will be critical to the diplomatic process. 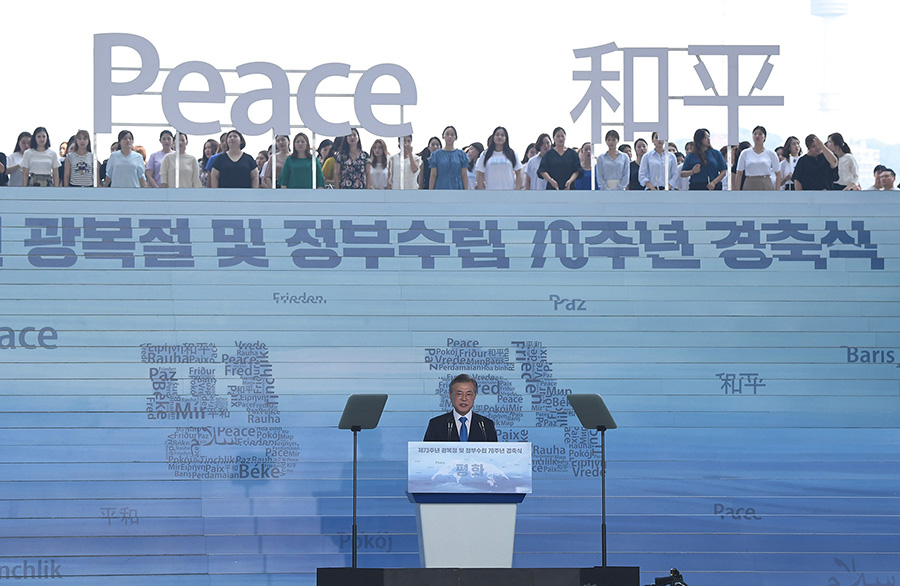 U.S. President Donald Trump and North Korean leader Kim Jong Un, at their Singapore summit, called for the “complete denuclearization of the Korean peninsula” and for “efforts to build a lasting and stable peace regime” on the peninsula.

Yet, in failing to set out detailed steps or sequencing, the two leaders set the stage for misread signals and faulty expectations, as now seems to be the case. Both sides are showing some impatience with their diplomatic engagement, although it is unclear whether that is a bid for negotiating advantage or a danger sign from the two nuclear-armed adversaries.

Washington is seeking concrete action toward denuclearization by Pyongyang. North Korea complains that the United States is demanding unilateral disarmament while dragging its feet on steps to end the Korean War and build a peace regime on the peninsula. Trump told Reuters on Aug. 20 that he anticipates holding another meeting with Kim, but did not say when.

Before the June 12 summit, North Korea voluntarily announced a moratorium on nuclear and long-range ballistic missile tests and destroyed tunnels at a site used for nuclear testing. Since the summit, Pyongyang has begun dismantling a test stand used for satellite launches at a missile test site.

Pyongyang describes these actions as “practical denuclearization steps” that demonstrate North Korea’s goodwill and commitment to the process. But these actions have a limited impact, are quickly reversible, and have not been verified by on-site inspectors.

U.S. officials, including White House national security adviser John Bolton, have called on North Korea to do more. Bolton said the United States is still looking for “performance on denuclearization,” not rhetoric. In another interview, he said North Korea has not taken “effective steps” toward denuclearization.

Reporting on the negotiations, including U.S. Secretary of State Mike Pompeo’s July visit to Pyongyang, suggests U.S. proposals may be asking for too much, too soon. Vox reported on Aug. 8 that Pompeo has repeatedly proposed that North Korea give up 60 to 70 percent of its nuclear arsenal within six to eight months.

Given the uncertainty about the size of North Korea’s nuclear arsenal, it is unclear how the United States would verify that North Korea met such a target, even in the case that Pyongyang were to agree.

A North Korea Foreign Ministry statement Aug. 9, while not specifically mentioning the Pompeo proposal, denounced the “unilateral demand of denuclearization first” made by U.S. officials during a July visit to Pyongyang. The statement also asserted that North Korea had taken “practical denuclearization steps” but the United States had failed to deliver on other elements of the Singapore statement.

The Trump administration appears to prioritize getting a nuclear declaration from North Korea that provides information about the scope of North Korea’s nuclear program and activities. Such a disclosure is needed for verification although, given the loose talk of preventive strikes by members of the Trump administration, Pyongyang may fear that providing such a declaration so early in the process would amount to handing over a targeting list to the United States.

An Aug. 18 statement from the state-run Korean Central News Agency (KCNA) called for “bold action” by Trump to break the “current deadlock.” KCNA said the lack of progress is “clearly attributable to the political scramble” in the United States, as “those opposed to dialogue” are trying to derail it with “a fiction” about secret North Korean nuclear facilities.

Some sites are well known, such as the Yongbyon facility where North Korea’s five-megawatt plutonium-production reactor is located, but evidence points toward additional uranium-enrichment facilities at undisclosed locations. Using open sources, the Middlebury Institute of International Studies and The Diplomat publicly located in August what the United States suspects is a covert uranium-enrichment facility at Kangson.

Securing a verifiable halt in fissile material production would be a logical next step for the Trump administration. Not only would that prevent Pyongyang from further expanding its stockpile of weapons-usable materials, it would also test whether Kim will abandon his Jan. 1 call for North Korea to ramp up mass production of nuclear weapons and missiles.

While the Trump administration is pushing for additional steps on denuclearization, North Korea wants to see progress on formally ending the Korean War.

A KCNA statement on July 25 said that “adoption of the declaration on the termination of war is the first and foremost process in the light of ending the extreme hostility and establishing new relations” between North Korea and the United States. The agency said that the issue “should have been settled long before,” given the Singapore summit and inter-Korean dialogue.

There are some indications that South Korean President Moon Jae-in intends to proceed toward ending the war, regardless of progress in U.S.-North Korean negotiations.

In an Aug. 15 speech, Moon said that, at the next inter-Korean summit, scheduled for September, the two sides will “take an audacious step to proceed toward the declaration of an end to the Korean War and the signing of a peace treaty, as well as the complete denuclearization” of the Korean peninsula. Moon said advances in inter-Korean relations will drive denuclearization.

North Korea also has lashed out against continued implementation of sanctions as poisoning the prospects for further talks. North Korea accused the United States of responding to its “practical steps” on denuclearization with “highly despicable actions,” including increased sanctions and hindering the activities of international aid organizations working in North Korea.

A KCNA statement on Aug. 10 called out enforcement of U.S. sanctions on North Korea as “beyond common sense and so outrageous” when Pyongyang has showed “sincere goodwill” by repatriating the remains of U.S. troops July 27 and shutting down its nuclear test site. The statement argued that sanctions are illegal and unlawful because Pyongyang has suspended the nuclear tests and missile launches that prompted UN Security Council sanctions.

The Security Council passed additional sanctions in response to North Korean nuclear and missile tests, but the resolutions clearly require North Korea to abandon its nuclear program in a “complete, verifiable, and irreversible” manner. The resolutions also demand that North Korea return to the nuclear Nonproliferation Treaty.

China has supported North Korea’s bid to reduce sanctions pressure, and there are signs that other states are backing off enforcement of sanctions on North Korea.

South Korea may need to request waivers on certain sanctions to go forward with inter-Korean projects referenced in the Panmunjom Declaration reached by Kim and Moon at their first meeting in April. Moon said on Aug. 15 that he wants to reconnect the railroads between the two countries by the end of 2018.

Although Trump declared an end to the U.S. “maximum pressure” approach after the Singapore summit, U.S. officials have consistently maintained that sanctions will remain in place and be fully implemented pending denuclearization.