The first tranche of U.S. sanctions on Iran took effect Aug. 7 as the remaining parties to the nuclear deal with Iran committed themselves to maintaining economic ties despite U.S. threats of “severe consequences” for any entity that defies the U.S. policy. 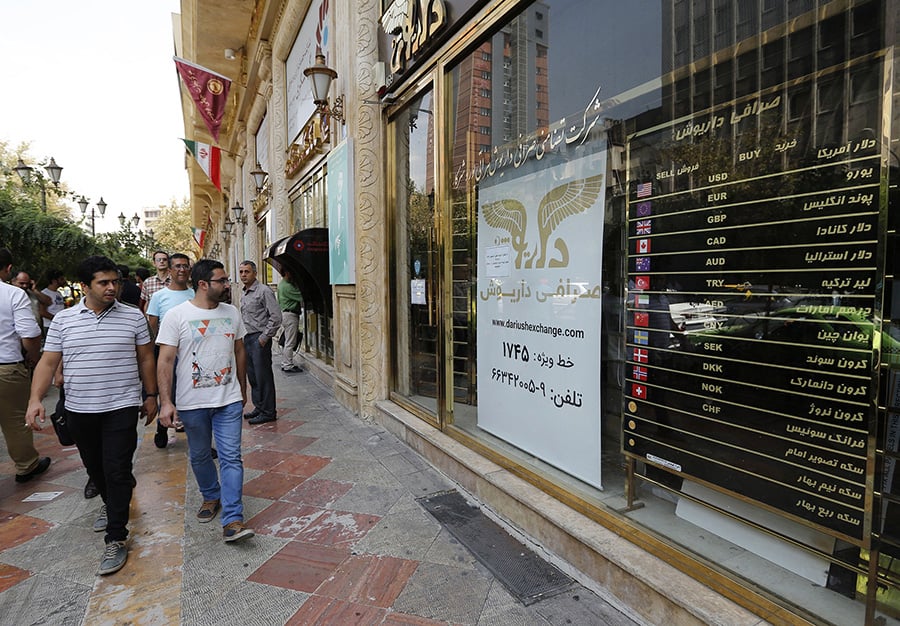 Although the sanctions were reimposed in May, when U.S. President Donald Trump pulled out of the multilateral nuclear accord known as the Joint Comprehensive Plan of Action, the United States allowed entities 90 or 180 days to wind down their activities in the Islamic republic before the U.S. restrictions would enter into full effect. (See ACT, June 2018.)

The remaining states-party to the nuclear deal—China, France, Germany, Russia, and the United Kingdom—and the European Union said they will stand by the accord and will not abide by the U.S. measures as long as Iran meets its commitments under the agreement. German Foreign Minister Heiko Maas, reflecting the strains between the United States and its closest European allies, warned on Aug. 8 that U.S. actions against Iran may lead to further turmoil in the Middle East.

The Aug. 7 sanctions target the purchase of U.S. dollars; trade in aluminum, steel, coal, and precious metals; and the automotive sector. The Trump administration also revoked licenses allowing the United States to import certain foodstuffs from and export commercial aircraft parts to Iran.

While acknowledging sanctions pressure, Iranian President Hassan Rouhani called on Iranians to “overcome this with unity” and said Washington “will regret imposing sanctions on Iran.”

The Russian Foreign Ministry issued a statement pledging to do “everything necessary” to maintain the nuclear deal, including measures to protect trade with Iran. The Chinese Foreign Ministry said Beijing will protect its commercial cooperation with Iran.

The foreign ministers of the EU, France, Germany, and the UK said on Aug. 6 that they were “determined to protect European economic operators engaged in legitimate business with Iran” in accordance with EU law and the 2016 UN Security Council resolution endorsing the nuclear deal.

Before the U.S. sanctions went into effect, the EU adopted an update to its so-called blocking regulation to cover U.S. sanctions on Iran. Nathalie Tocci, a special adviser to EU foreign policy chief Federica Mogherini, said on Aug. 7 that the EU will sanction European companies that abide by U.S. secondary sanctions.

It is unclear whether the regulation will provide EU companies enough protection from U.S. sanctions penalties for them to risk continuing to do business with Iran. A number of EU companies have announced that they are suspending operations in Iran.

In a July letter to the European officials, U.S. Secretary of State Mike Pompeo made clear that the United States would not grant sanctions exemptions requested by the EU.

Following the Pompeo letter, 10 Republican senators hinted at retaliation if European states tried to block or get around the application of the U.S sanctions. The Republican letter, addressed to the French, German, and UK ambassadors in Washington, said it would be “particularly troubling if you sought to evade or undermine” U.S. law and steps to do so “could well prompt Congressional action” to ensure the integrity of the sanctions.

It is unclear why the senators would describe actions to block the sanctions as “evasion” when the three countries have no legal obligation to abide by U.S. sanctions and have stated that sustaining the nuclear deal is in their national security interests.

A more significant set of sanctions, which primarily target states purchasing oil from Iran, is scheduled to go into effect Nov. 5. Oil revenue constitutes 70 percent of Iran’s total exports, and it remains to be seen how significantly oil exports will be hit, particularly given that China, Iran’s top oil purchaser, does not appear to be planning any cutback.

The U.S. law providing for the oil sanctions does not require a complete cutoff of Iranian oil purchases. A country can apply for a waiver if it makes a “significant reduction” every 180 days. The law does not define “significant reduction,” and initially the Trump administration was insisting that states completely end Iranian oil imports. Pompeo said on July 22 that the goal is to get “as close to zero as possible.”

Rouhani warned on July 22 that if Iranian oil exports are blocked, no other country in the region will be able to export oil. He appeared to be referring to Iran’s ability to block the Strait of Hormuz, through which about a third of all oil shipped by sea passes.

The Trump administration continues to maintain that the goal of sanctions is to get a “better deal” with Iran that addresses not only the nuclear program but all of Iran’s ballistic missile and provocative regional activities.

“Anyone who’s hoping for regime change must not forget that whatever follows could bring us much bigger problems,” Mass said in a German press interview.

Trump maintains that he is willing to meet with Rouhani without preconditions, but Pompeo outlined a dozen requirements that would require Tehran to unilaterally change policies and actions before sanctions relief is granted.

For his part, Rouhani said on Aug. 6 that the United States must return to compliance with the nuclear deal before talks could occur. He said that “if you stab someone with a knife and then say you want talks, then the first thing you have to do is remove the knife.”