A U.S. District Court judge in South Carolina issued a preliminary injunction preventing the Energy Department from closing down a controversial project intended to convert surplus plutonium into power-reactor fuel. 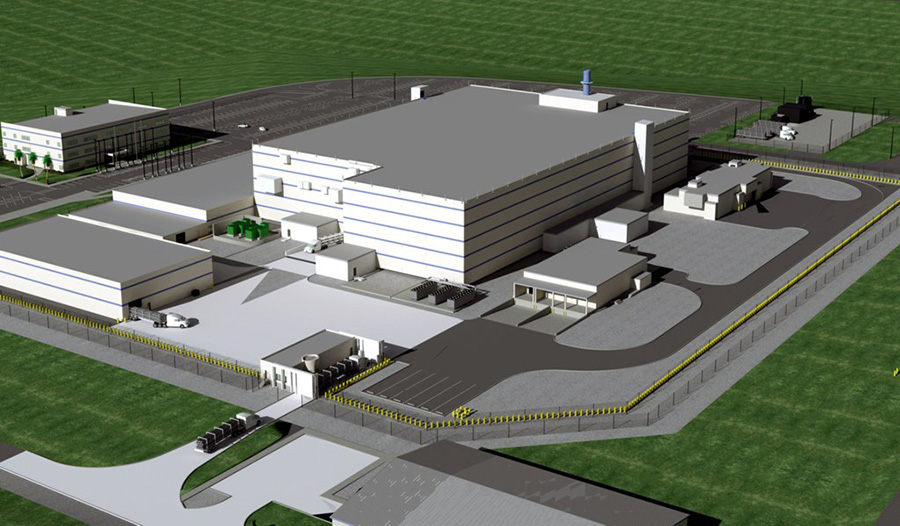 The ruling, issued in June, effectively prevents the department from moving to stop construction of the mixed-oxide (MOX) fuel fabrication facility at the department’s Savannah River Site in South Carolina for the remainder of the current fiscal year, which ends Sept. 30. The decision also imperils the department’s plan to re-engineer the partially constructed facility to provide a second source for plutonium cores for nuclear weapons.

The ruling came in response to a 42-page lawsuit filed in May by South Carolina Attorney General Alan Wilson arguing that the termination of the project would cause irreparable harm to South Carolina and turn the state into a permanent nuclear repository.

The Energy Department appealed the district judge’s ruling to the 4th Circuit Court of Appeals, which is slated to hear the case in late September.

The MOX fuel plant, designed to turn 34 metric tons of surplus plutonium from the U.S. nuclear weapons program into power-reactor fuel, has been plagued by major cost increases and schedule delays. The Energy Department has sought to end the program since 2014 in favor of a cheaper alternative, known as “dilute and dispose.” That process would down-blend the plutonium with an inert material for direct disposal at the deep underground Waste Isolation Pilot Plant in New Mexico.

Congress, led by South Carolina’s congressional delegation, blocked the department’s effort to transition to the alternate approach. But the fiscal year 2018 National Defense Authorization Act, signed by President Donald Trump last November, included a provision allowing the energy secretary to stop construction if there is an alternative to dispose of the plutonium at “less than approximately half of the estimated remaining [life-cycle] cost” of the MOX fuel program. (See ACT, May 2018.)

The dilute-and-dispose process would cost at most $19.9 billion, 40 percent of the $49.4 billion cost of continuing the MOX fuel program, according to a report prepared by the independent cost office of the Energy Department’s semiautonomous National Nuclear Security Administration (NNSA, which was certified by Perry and submitted to Congress on May 10. The agency had been preparing a second, more comprehensive cost analysis to be released in June or July, but final work on the estimate ceased after the judge’s ruling.

The fiscal year 2019 version of the defense authorization bill signed by Trump on Aug. 13 mandates the continued construction of the facility and authorizes $220 million for that purpose, but like last year’s bill allows the secretary to waive this requirement.

In a June 29 internal memo, NNSA Administrator Lisa Gordon-Hagerty warned that South Carolina’s efforts to prevent the closure of the MOX facility could force the agency to make major changes at the Savannah River Site, including relocating the site’s tritium mission.

“In light of this injunction,” the NNSA “must re-evaluate the viability to execute enduring missions at the Savannah River Site,” Gordon-Hagerty wrote.

Perry’s May waiver to begin closing down the MOX project coincided with the release of a joint statement from NNSA and Defense Department officials announcing that the MOX fuel facility would be adapted to join Los Alamos National Laboratory in the production of at least 80 pits per year by 2030.

“This two-prong approach—with at least 50 pits per year produced at Savannah River and at least 30 pits per year at Los Alamos—is the best way to manage the cost, schedule, and risk of such a vital undertaking,” the statement said.

But significant questions remain about the affordability of the proposal and whether Congress will back it.

According to a May 2018 internal NNSA assessment obtained by Nuclear Watch New Mexico and Savannah River Watch, producing plutonium pits at the Savannah River Site would ultimately cost at least $9 billion more than three alternative plans to expand plutonium-production capacity at Los Alamos.

The House and Senate versions of the fiscal year 2019 energy appropriations bill were harshly critical of the administration’s pit production plan and would require detailed assessments of alternatives before providing funding for the plan.