The meetings of experts of states-parties to the Biological Weapons Convention (BWC) on Aug. 7–16 discussed the potential for abuse of advances in gene-editing technology, along with other issues related to the treaty that bans biological arms. 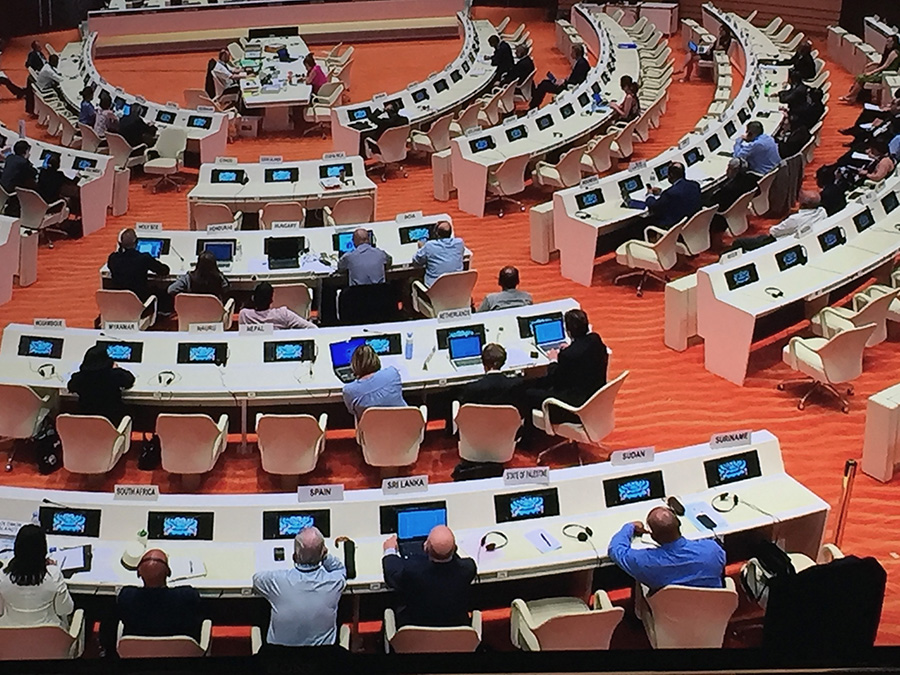 The sessions in Geneva addressed sensitive issues including genome editing, benefits and risks of rapidly advancing biotechnology, a model voluntary code of conduct for biological scientists, and assistance to states-parties facing a biological attack.

The BWC meetings of experts had been routine annual events until the treaty’s eighth review conference in 2016, when delegations were unable to agree on a work program. Intensive efforts on the part of the depositaries (Russia, the United Kingdom, and the United States) resulted in an agreement at the meeting of states-parties in December 2017 on a new format for experts meetings on specified topics for each of the succeeding three years leading to the ninth review conference in 2021. (See ACT, January/February 2018.)

In the sessions on scientific and technical developments, the discussion focused for the first time in a separate agenda item on a method of editing genetic sequences known as CRISPR/Cas9 and on so-called gene drives, a method that can make a genetic modification predominate throughout populations.

Such gene-editing tools can be used to benefit agriculture, the environment, and human health, although they also may be used for hostile purposes, such as in producing biological weapons. A limited number of delegations at the conference, such as Australia, Switzerland, the UK, and the United States, had the advanced technical expertise to submit papers and make presentations.

Many participants noted that gene-editing techniques need to be regulated. Iran and other countries shared the concerns but also noted that Article X of the BWC calls for the exchange of information and equipment and that developing countries should not be deprived of genome-editing technology and its benefits. France and the Netherlands noted that, over the next five years, the deliberate abuse of a naturally occurring organism is more likely than the use of one that has been engineered.

The meeting of experts covered other topics, including cooperation and assistance under the BWC; strengthening national implementation; assistance, response and preparedness; and institutional strengthening of the treaty.

China and Pakistan presented a voluntary model code of conduct for biological scientists that drew support from many countries as a way to help to prevent abuse of biotechnology. A code would address issues such as ethical standards, research integrity, and assessment of threats to human health.

Delegations addressed Article VII in the treaty, which deals with states-parties providing assistance to a country “exposed to danger as a result of a [BWC] violation.” 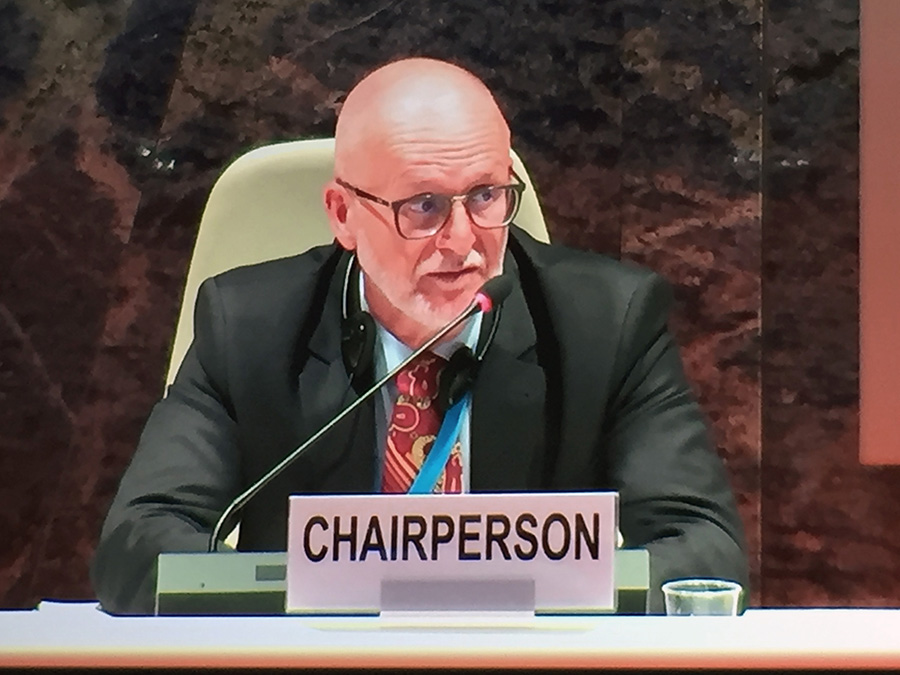 In a proposal that drew considerable support, France and India called for the implementation of a database that would match aid requests with specific offers of assistance. Russia suggested providing the database with information on states-parties’ rapid response teams, which could be deployed to protect against biological weapons use. It requested the use of mobile biomedical units to provide protection, investigate the alleged use of biological weapons, and help suppress epidemics. Delegates also considered possible lessons from the Ebola outbreak in West Africa, including the effectiveness of mobile biomedical units, that could be applied to a future disease outbreak caused by the use of biological weapons.

South Africa renewed its proposal that, in the event of a biological attack, a state-party has the right to seek assistance without first obtaining UN Security Council approval. Some delegations suggested that the BWC should have its own disease-response capacities, although funding for such activities is a question.

A number of delegations, in particular those from nonaligned countries, support the negotiation of a legally binding verification protocol; but EU states and others promoted confidence in compliance through less formal means, such as transparency, voluntary on-site measures, peer reviews, sharing of best practices, increasing cooperation, confidence-building measures, and strengthening the UN secretary-general’s authority, known as the Secretary-General’s Mechanism, to launch investigations into the use of biological weapons.

The chairman of the planned December 2018 meeting of states-parties, Ljupco Jivan Gjorgjinski of Macedonia, held consultations on the BWC’s tenuous financial situation. With some countries in arrears, he urged states-parties to make their contributions on time in order to maintain the secretariat body, known as the Implementation Support Unit. The BWC has 181 states-parties. Representatives of the nongovernmental organization community participated, presenting action points to strengthen the BWC in a joint position paper.

With eight days of meetings, delegates had only one or two days to consider each topic, forgoing the usual general debate. Further, the chairman of each of the five topic groups only had time to produce a procedural report, which the states-parties adopted. Each chairman plans to draft a subsequent paper summarizing the discussions, including possible outcomes.

These chairmen’s papers are to be circulated among the states-parties for comment and then submitted to the December meeting of states-parties. The same process will be followed in 2019 and 2020. The ninth review conference, to be held in 2021, will consider the outcomes of the various meetings and decide by consensus on any further actions.