“The Arms Control Association and all of the staff I've worked with over the years … have this ability to speak truth to power in a wide variety of venues.”
– Marylia Kelley
Tri-Valley Communities Against a Radioactive Environment
June 2, 2022
Can the U.S. and Russia Avert a New Arms Race? 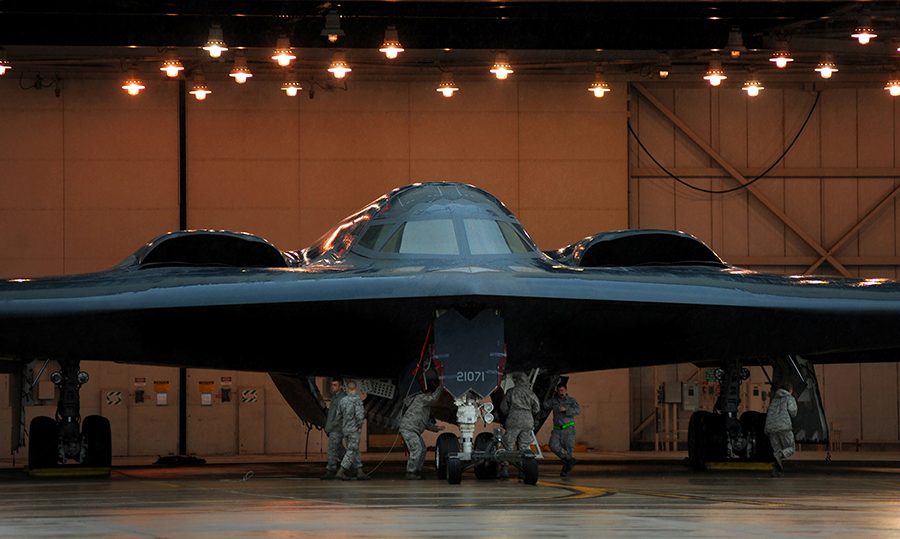 Since Russia’s 2014 invasion of Ukraine, U.S.-Russian relations have deteriorated dramatically. A Russian violation of the Intermediate-Range Nuclear Forces (INF) Treaty has put that treaty at risk and the nuclear arms reduction dialogue remains stalled. As a result, each side still can deploy a whopping 1,550 strategic nuclear warheads, as allowed by New START.

Reliance on outdated launch-under-attack policies means that either leader at any moment can launch as many as 800 city-destroying nuclear weapons within about 20 minutes of a “go” order. Each side would have hundreds more nuclear weapons available in reserve for counterstrikes. The result would be a global catastrophe.

Clearly, it is vital that the world’s two largest nuclear-armed powers pursue further measures to reduce their bloated stockpiles and the risk of a nuclear confrontation. Yet, Moscow’s brazen effort to interfere with the 2016 U.S. elections on behalf of the Trump campaign and suspicions that then-candidate Donald Trump encouraged that effort have further complicated the bilateral relationship and cast doubt on Trump’s ability to deal with Putin.

In little more than two years, on Feb. 5, 2021, New START is scheduled to expire. Without a decision to extend the treaty, which is allowable under Article XIV, there will be no legally binding limits on the world’s two largest arsenals for the first time since 1972. The risk of unconstrained U.S.-Russian nuclear competition and even more fraught relations would grow.

In a March interview with NBC News, Putin voiced interest in extending New START or possibly even making further cuts in warhead numbers. In April, the Trump administration announced it is conducting a “whole-of-government review” on whether to extend New START, an effort described as still in its early stages.

At the Helsinki summit in July, Putin presented several proposals “to work together further to interact on the disarmament agenda, military, and technical cooperation.” Afterward, Trump stated that “perhaps the most important issue we discussed at our meeting...was the reduction of nuclear weapons throughout the world.”

Unfortunately, the two leaders did not reach any agreements in Helsinki. Subsequently, U.S. national security adviser John Bolton, following a Geneva meeting with Russian counterpart Nikolai Patrushev on Aug. 23, did not announce a date for talks on New START or on “strategic stability.”

There is no time for further delay. New START clearly serves U.S. and Russian security interests. Failure to extend the treaty would compromise U.S. intelligence on Russian nuclear forces, open the door to unconstrained nuclear competition, and undermine U.S. and allied security.

An extension of New START also would provide additional time for Trump or his successor to pursue negotiations on more far-reaching nuclear cuts involving strategic and tactical nuclear systems, an understanding about the limits of U.S. strategic missile defenses, and limitations on non-nuclear strategic strike weapons that both sides are beginning to develop.

Fortunately, the treaty can be extended by up to five years, to 2026, by a simple agreement by the two presidents without complex negotiations, without further approval from the U.S. Senate or Russian Duma, and without unwise concessions to Moscow.

The compliance disputes involving the INF Treaty present a more complex problem. To move forward, Washington and Moscow should agree to reciprocal site visits by experts to examine the 9M729 missile that is in dispute.

If the disputed Russian missile is still believed to have a range that exceeds the 500-kilometer treaty limit, Russia could, as a confidence-building measure, modify the missile into compliance or, ideally, halt production and eliminate any such missiles.

To address Russian concerns about the possible conversion of U.S. missile interceptor systems in Europe to offensive purposes, the United States could agree to reciprocal site visits or perhaps even physical modifications of the launchers.

Despite their many disputes, it is vital that Washington and Moscow maintain a stable, predictable nuclear relationship and avoid direct military conflict.

To do so, Trump and Putin should relaunch the strategic stability dialogue and commit to reaching an early agreement to extend New START. If not, an even more dangerous phase in U.S.-Russian relations may emerge.