My first encounter with the nuclear Nonproliferation Treaty (NPT) was 30 years ago when I joined a meeting held in August in Vienna between the South African foreign and mineral affairs ministers and the Soviet Union, United Kingdom, and United States. The purpose of that meeting was to explore how South Africa could join the NPT. The answer from the depositaries was simple: South Africa could join without nuclear weapons. 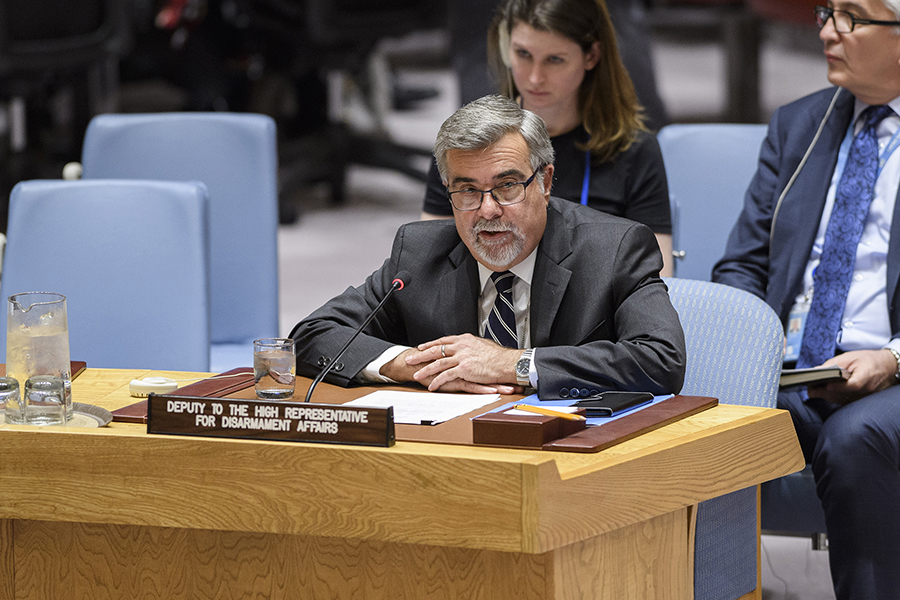 Much has been written on the reasons why South Africa joined the NPT in July 1991. Most acknowledge there were in fact a combination of factors.

Geopolitically, under the 1988 Brazzaville Protocol, the Soviet-aligned Cuban forces withdrew from Angola, thereby ending what had been the security rationale for a nuclear deterrent. The top levels of the South African apartheid government had accepted that long-term security would be better assured through the abolition of nuclear weapons. South African President F.W. de Klerk had in fact regarded nuclear weapons as a “rope around our neck.” The years between the dismantlement of the program in 1991 and its disclosure in 1993 were marked by a delicate balancing act by the political leadership in South Africa, seeking to prevent a conservative backlash while undertaking serious fundamental reforms in a transition to a full democracy and obtaining reacceptance into the international community.

Important voices in the African National Congress and anti-apartheid movement had long campaigned against the regime’s nuclear weapons program. The new democratic government in 1994 was keen to demonstrate that South Africa was a responsible possessor of advanced technologies. Its disarmament and nonproliferation policy thus was integral to its commitment to democracy, human rights, sustainable development, social justice and environmental protection. These dynamics also shaped South Africa’s position within the NPT.

Another critical dynamic was the international environment, which, at the time when the treaty was negotiated, was very different than when South Africa joined, in the same review cycle that the treaty was due to expire. According to an account of the negotiations and early implementation, the 1.0 version of the NPT was primarily an affair between the nuclear blocs and about managing the dynamics of the Cold War. It put a brake on further proliferation to give political space for negotiations among the major powers on the arms race and disarmament. This version of the treaty featured a weak safeguards regime, as was eventually discovered in 1991 in Iraq, and a permissive arrangement for nuclear weapons cooperation among allies.

Nonproliferation was never meant as an end in itself, but rather the treaty was conceived as a partial measure for nuclear disarmament and for general and complete disarmament. Between 1970 and the mid-1990s, UN bodies and bilateral negotiations produced a substantial range of agreements aimed at halting the arms race, reducing nuclear arsenals, and strengthening nonproliferation. The treaty’s review process served to support progress in these various efforts.

Beginning in 1995, the review process took on a very different function. NPT version 2.0 became a framework for disarmament and nonproliferation. The negotiations that South Africa joined in 1995 regarding the extension of the treaty were very much between the nuclear-weapon states and the non-nuclear-weapon states.

It was in this context that South African Foreign Minister Alfred Nzo proposed at the review and extension conference the “Principles for Nuclear Non-Proliferation and Disarmament” and “Strengthened Review Process.” These proposals provided the means through which progress toward achieving nuclear disarmament could be achieved and provided yardsticks to accomplish the goals of the treaty. They formed an integral part of the package deal of three decisions and resolution adopted in 1995 and formed the basis on which the treaty was extended indefinitely.

Under the strengthened review process, the NPT evolved into a de facto negotiating forum for nuclear disarmament and nonproliferation. Its function in this regard has only been reinforced by the long stalemates in the Conference on Disarmament and the Disarmament Commission. Subsequent review conferences reached agreement on specific steps designed to lead to the full implementation of the treaty, especially Article VI.

In this sense, the review conferences have functioned as more than a mere safety valve designed to vent pressure from parties disgruntled over the pace of progress. They have served as the primary multilateral body within the framework of the United Nations for elaborating agreement between the nuclear-weapon states and non-nuclear-weapon states.

The agreed outcomes in 1995, 2000, and 2010 were quite distinct from the political declarations of 1975 and 1985. From 1995 onward, states-parties viewed NPT outcomes as politically binding agreements that should be fully and faithfully implemented, which is where the strengthened review process of the treaty has run into real difficulty. In a sense, the 13 “practical steps” of 2000 simply gave substance to the principles and objectives of 1995.

Yet, there continued to be a sense among many parties that too little had been done to implement these agreements in the 15 years following the indefinite extension of the treaty. The 2010 action plan was a remarkable achievement by providing a well-articulated road map for implementation, albeit mostly of past commitments, and the 2015 review conference ultimately failed at continuing this scenario because the parties were unable to agree on benchmarks and timelines.

Nevertheless, 25 years after the indefinite extension, we have perhaps reached a point where even successful efforts to describe old commitments in more granular levels of detail cannot make up for divisions resulting from perceptions of insufficient implementation and their pace. This is perhaps the largest political factor that led nearly two-thirds of member-states to conclude the nuclear weapons prohibition treaty last year.

Ultimately, this leaves us with the question, What is next for the strengthened review process?

The nuclear disarmament and nonproliferation regime is facing stress and pressure from all sides. Unlike when the NPT was negotiated, we now have to contend with multiple spheres of power and influence; a growing multiplicity of interests, conflicts, and asymmetries; and disarmament machinery hobbled by archaic rules and practices. Rapid technological progress is also lowering political costs for the use of force, tempting states and nonstates to conduct hostile and malicious acts in circumstances that they regard as a grey area in the law and blurring the line between strategic and nonstrategic weapons.

These trends point to a real risk that norms of disarmament, nonproliferation, and common security may give in to what seems like a growing acquiescence for military solutions to international problems. These dynamics are also serving to increase the nuclear risks we face and should compel the pursuit of new measures with a sense of urgency.

So do we need an NPT version 3.0? If so, what would that look like, and how would it function?

On its surface, nothing appears to be wrong with the mechanism, especially as review conferences have succeeded in forging agreements even where less inclusive bodies such as the Conference on Disarmament have continuously failed. Thankfully, the current crossroads at which the NPT finds itself do not reflect any waning commitment to the objective of nonproliferation. It appears that the NPT will remain indispensable and its historical significance at being nothing less than the system of international security at the heart of the United Nations will continue in ensuring no conflict can escalate to the level of an existential threat to humanity.

In this sense, I have no doubt that the legacy of the NPT can continue to endure long into the future. It is the most universal body seized with elaborating effective measures relating to disarmament. It also contains the only treaty-based obligation to negotiate in good faith to this end. Thus, it represents the only forum where non-nuclear-weapon states have any effective leverage in bargaining directly with the nuclear-weapon states.

Although many characterize the 2015 review conference as a failure, I see it instead as a watershed because its result reinforced the perception among a majority of non-nuclear-weapon states that they can bring pressure to bear through various means in the absence of demonstrable steps by the nuclear-weapon states to implement previous commitments.

Reversing this trend will necessitate a return to the traditional conception of the role of disarmament as the ultimate security assurance. This will require states to come back to treating the obligation to pursue negotiations on nuclear disarmament as an obligation to achieve a result, not as an open-ended invitation to retain nuclear weapons. This is the distinction between making progress “in” disarmament, as opposed to progress “toward” disarmament.

It will require, at a minimum, an unequivocal recommitment by the nuclear-weapon states to their obligations and a serious demonstration of serious progress in implementing past commitments. I think this will be a key factor in ensuring the legacy of the NPT can be preserved for another 50 years.

Thomas Markram is director and deputy to the high representative for disarmament affairs, UN Office for Disarmament Affairs. This article is adapted from remarks at the U.S. Department of State conference titled “Preserving the Legacy: NPT Depositary Conference on the 50th Anniversary of the Opening for Signature of the Treaty on the Nonproliferation of Nuclear Weapons,” held June 28 in Washington. The views expressed are those of the author.