The Trump administration, after more than 10 months in power, is finally moving to fill key arms control and nonproliferation positions in the State and Defense departments. 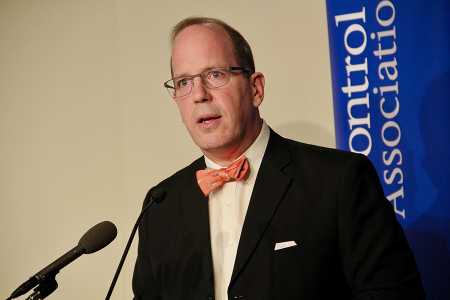 President Donald Trump and Secretary of State Rex Tillerson have been criticized by lawmakers and others for the slow pace of filling top State Department positions. As of the end of November, only one of the six State Department undersecretary positions has been filled. In October, Trump sent Congress the names of two nominees for the assistant secretary of state posts responsible for arms control and nonproliferation matters, and he was said to be considering a prospective nominee for the senior position of undersecretary of state for arms control and international security.

Christopher Ford, currently senior director for weapons of mass destruction and counterproliferation at the National Security Council, was nominated to be assistant secretary of state for international security and nonproliferation. Ford previously served as deputy assistant secretary of state for arms control and international security during the George W. Bush administration and as a staff member for the Senate Appropriations, Banking, and Foreign Relations committees.

Trump nominated Yleem Poblete to be assistant secretary of state for verification and compliance. Poblete worked for more than 20 years as a staff member for the House Foreign Affairs Committee, including as chief of staff. Poblete was the principal staff member for proliferation concerns involving Iran, North Korea, and Syria, but she has not held any positions specific to arms control.

There were reports that Andrea Thompson, a deputy assistant to the president and national security adviser to Vice President Mike Pence, is in line to become undersecretary of state for arms control and international security, although there has not been an announcement. Thompson, a retired Army colonel, was a career military intelligence officer who served in Iraq and Afghanistan.

The nominees will need approval from the Senate Foreign Relations Committee and confirmation by the Senate.

Trump also put forward three nominees for Defense Department posts with arms control and nonproliferation portfolios, one of whom has been confirmed by the Senate Armed Services Committee. The confirmation hearing for the other two nominees was held Nov. 18.

At his confirmation hearing Nov. 16, Rood highlighted the growing threat posed by North Korean and Iranian nuclear and missile activities and Iran’s support of regional terrorism. His hearing was unexpectedly contentious as committee chairman Sen. John McCain (R-Ariz.) and Sen. Elizabeth Warren (D-Mass.) repeatedly pressed him on whether he would recuse himself from discussions with U.S. allies that could benefit Lockheed Martin.

Trump also nominated an assistant secretary of defense for Asian and Pacific security affairs, Randall Schriver, who also testified on Nov. 16 before the Senate committee. When asked about conducting diplomacy with North Korea, Schriver agreed that the United States must remain “entrepreneurial and creative” to find a diplomatic solution, although he noted that Pyongyang had rejected previous U.S. offers to talk. Schriver previously served as deputy assistant secretary of state for East Asia and Pacific affairs and deputy secretary of state under President George W. Bush.