Against the backdrop of bipartisan concern about President Donald Trump’s temperament and bellicose rhetoric toward North Korea, the Senate Foreign Relations Committee last month examined the president’s sole authority to order the use of nuclear weapons.

Despite the worries expressed by some committee members, the three witnesses selected to testify at the hearing argued that the current command and control system already includes layers of safeguards and reviews and urged Congress to procced with caution in weighing changes to the procedures. The hearing was the first time a congressional committee has met to discuss the subject of nuclear weapons launch authority since 1976. 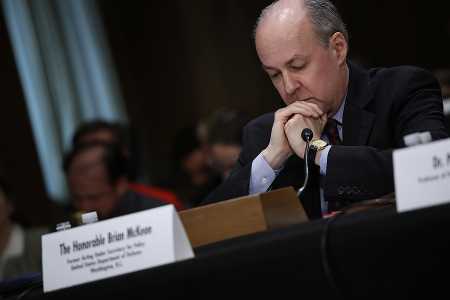 The Atomic Energy Act of 1946 ensured that nuclear weapons would be under civilian rather than military control. As the Cold War progressed, decisions about the use of nuclear weapons became the unique responsibility of the president. This was due in part to the fact that a “bolt from the blue” Soviet nuclear attack could rain thousands of warheads on the United States in as little as 30 minutes. Deterring such a threat and responding to an attack was thought to require the capability to rapidly launch U.S. weapons before Soviet warheads detonated, leaving little time for the president to consult with his advisers or Congress.

The current U.S. nuclear launch system is set up so that “the president has the sole authority to give that order, whether we are responding to a nuclear attack or not,” committee Chairman Sen. Bob Corker (R-Tenn.) said at the Nov. 14 hearing. “Once that order has been given and verified, there is no way to revoke it.”

Trump and several of his top advisers have made comments alluding to the use of military force or a preventative strike against North Korea’s missile capabilities, including the president’s warning that continued North Korean threats would be met with “fire and fury like the world has never seen.”

Sen. Chris Murphy (D-Conn.) said questions about a president’s exceptional authority are more urgent in light of Trump’s words and personality. “We are concerned that the president of the United States is so unstable, is so volatile, and has a decision-making process that is so quixotic that he might order a nuclear weapons strike that is wildly out of step with U.S. security interests,” he said. “So let’s just recognize the exceptional nature of this moment, of this discussion we’re having.”

These concerns have prompted some members of Congress to back legislation that would constrain Trump’s ability to use nuclear weapons and attack North Korea. For example, four days after Trump’s inauguration, Rep. Ted Lieu (D-Calif.) and Sen. Edward Markey (D-Mass.) introduced legislation that would prohibit the president from launching nuclear weapons without first having Congress expressly authorize such a strike. (See ACT, March 2017.)

“Absent a nuclear attack upon the United States or our allies, no one human being should have the power to unilaterally unleash the most destructive forces ever devised by humankind,” Markey said at the hearing.

But the witnesses sought to calm fears that the president could start a nuclear war on a whim and counseled against legislating drastic changes to the current system. Retired Air Force Gen. Robert Kehler, a former head of U.S. Strategic Command, told the committee “that the United States military doesn’t blindly follow orders. A presidential order to employ U.S. nuclear weapons must be legal.”

“The basic legal principles of military necessity, distinction, and proportionality apply to nuclear weapons just as they do to every other weapon,” he added.

The current commander of U.S. Strategic Command, Gen. John Hyten, echoed similar sentiments at an international security forum in Canada on Nov. 18. But he added that if the president gave an illegal order, the military would “come up with” legal alternatives for the president to consider “to respond to whatever the situation is.”

Brian McKeon, who was acting undersecretary of defense for policy during the Obama administration, told the committee that the president would not make a decision to use nuclear weapons “by himself.” The system is designed “to ensure that the president consults with the National Security Council [NSC] and his other senior civilian and military advisers,” he said.

McKeon added that if the president is considering initiating a war against another nuclear-armed state that did not pose an imminent threat, such an action would require authorization by Congress. Asked by Sen. Tom Udall (D-N.M.) how he would define an imminent threat, McKeon said that it would depend on the circumstances. The president does have authority to act on his own.

While several senators engaged the witnesses on questions of legality, Sen. James Risch (R-Idaho) sought to remind his colleagues, as well as North Korea, that it would be the president and the president alone who would make a decision about the use of nuclear weapons.

“The discussion we’re having is not so much practical as academic,” he said. “This talk about lawyers…is not a discussion that is going to take place in the heat of battle in today’s world.”

Other senators said their biggest concern was that Trump might give a nuclear use order that was legal but nevertheless unnecessary or unwise. “I would like to be able to tell my constituents” and “the American people, [that] we have a system in place that prevents an impulsive and irrational decision to use nuclear weapons,” said ranking member Sen. Ben Cardin (D-Md.). “Unfortunately, I cannot make that assurance today.”

“I don't think that we should be trusting the generals to be a check on the president,” said Markey.

Peter Feaver, who served on the NSC staff under Presidents Bill Clinton and George W. Bush, told the committee that “the time is ripe for a fresh look” at the nuclear command and control system. “Many possible improvements…are worth considering,” such as “requiring certifications by additional cabinet officials of launch orders under certain circumstances,” said Feaver, who is a professor of political science and public policy at Duke University.

Asked by Udall if it would “make sense to require at least one other person sign off on a decision to launch a first strike,” all three witnesses said they opposed such a change.