“It will take all of us working together – government officials, and diplomats, academic experts, and scientists, activists, and organizers – to come up with new and innovative approaches to strengthen transparency and predictability, reduce risk, and forge the next generation of arms control agreements.”
– Wendy Sherman
U.S. Deputy Secretary of State
June 2, 2022
Stratcom Completes ‘Global Thunder’

The U.S. Strategic Command (Stratcom) concluded its “Global Thunder 2018” strategic nuclear forces exercise, which leaders said was intended to bolster the credibility of U.S. nuclear deterrence and the readiness for a possible nuclear conflict. “Quite frankly, if we ever come to a strategic exchange, nobody wins,” Navy Rear Adm. Daniel Fillion, Stratcom director of global operations, said in a Nov. 17 statement. “We are not looking for a fight by any stretch of the imagination, but everybody has to understand that, if pressed, we will deliver a fight and it will be very short and we will come out victorious.” 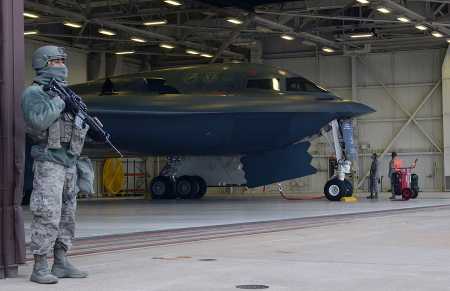 Navy Rear Adm. William Houston, deputy director for strategic targeting and nuclear mission planning, said in the same statement that “effective” deterrence efforts now rest on more than just nuclear capabilities. “There are significant challenges we face in multiple domains: integrating space, cyber and our strategic weapons into the overall strategic deterrence we’re trying to achieve,” he said. “Those are key elements because any one of those areas could lead to a strategic imbalance between potential adversaries.”