The group charged with determining the party or parties responsible for chemical weapons attacks in Syria was forced to discontinue its work Nov. 17 after several failed attempts to extend its mandate. The UN Security Council authorized the Joint Investigative Mechanism (JIM) in August 2015 with the support of Russia and the United States. Recently, Russia has rejected the legitimacy of the JIM’s findings, which placed some blame on Russia’s Syrian government allies, and argued the process must be substantially reformed if its investigations are to continue. 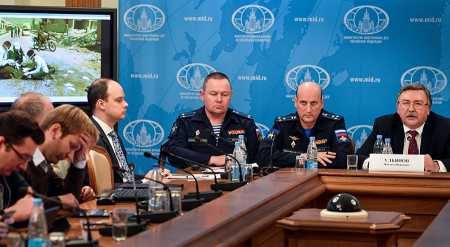 The council on Nov. 16 failed to pass a resolution to extend the JIM’s mandate. Russia vetoed the U.S.-sponsored measure, which received 11 votes in favor out of 15. The Russian-backed alternative received four votes, far short of nine required for adoption. Japan’s last-minute resolution on Nov. 17 for a 30-day extension also was vetoed by Russia. When Russia vetoed another council resolution Oct. 24, it left open the possibility of changing its position depending on the results of the outcome of the JIM’s work, which subsequently cited the Syrian government for a major sarin gas attack. (See ACT, November 2017.)

“Russia’s actions today and in recent weeks have been designed to delay, to distract, and ultimately, to defeat the effort to secure accountability for chemical weapons attacks in Syria,” Nikki Haley, the U.S. ambassador to the United Nations, said Nov. 17. The president of the Security Council in November, Sebastiano Cardi of Italy, claimed that the body will try to find a compromise to continue the JIM’s work. Even so, the disruption in the organization’s operation could lead to substantial delays for resumed investigations.—ALICIA SANDERS-ZAKRE