The Trump administration continues to offer arms to Gulf Cooperation Council (GCC) countries despite an ongoing crisis within the group. On Nov. 1, the administration notified Congress of a possible $1.1 billion sale to Qatar of design and construction services for runways, hangars, and other facilities. The Persian Gulf country is home to the al-Udeid air base, the largest U.S. military base in the region, and was by far the largest partner in the Foreign Military Sales (FMS) program in 2016, which included more than $20 billion for 72 F-15QA fighter aircraft and related weaponry. The deal notified last month “is vital to ensuring the [Qatar Air Force] partners can utilize the F-15QA aircraft to its full potential,” according to the U.S. administration. 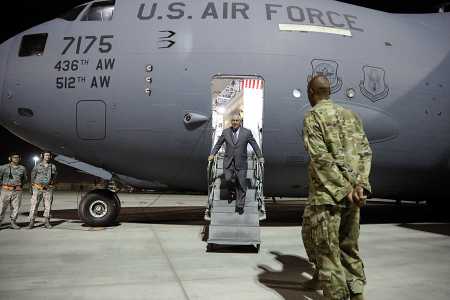 Calling in part for Doha to cut ties with Iran and terrorist organizations, GCC members Bahrain, Saudi Arabia, and the United Arab Emirates in June severed relations with and imposed a blockade on Qatar, also a member of the group. On June 26, Senate Foreign Relations Committee Chairman Bob Corker (R-Tenn.) said the committee would hold up further arms sales to GCC countries until there is “a path to resolve” its internal dispute. But the administration has continued to notify deals to the group, including more than $15 billion for Terminal High Altitude Area Defense systems to Saudi Arabia in October and more than $4 billion for F-16s to Bahrain in September.

The potential sale to Qatar is the first notified this year to that country through the FMS program, indicating the administration is not taking a side in the GCC crisis when it comes to arms deals. “Qatar is an important force for political stability and economic progress in the Persian Gulf region,” according to the notification.—JEFF ABRAMSON