The Trump administration laid the groundwork to aggressively expand U.S. ballistic missile defense capabilities when it submitted an amendment to its fiscal year 2018 defense budget request. The supplemental request, sent to Congress on Nov. 6, asked for an additional $4 billion for ballistic missile defense programs, citing the need to “counter the threat from North Korea.” 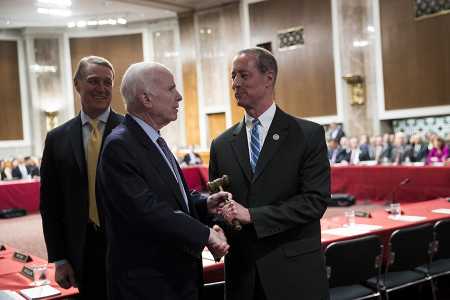 In a press release later that day, Sen. John McCain (R-Ariz.) and Rep. Mac Thornberry (R-Texas), the chairmen of the armed services committees, welcomed the request, noting their committees “in fact…have already authorized many of these missile defense programs in our respective defense bills.”

The supplemental request follows congressional approval in October for the transfer of $440 million in unspent fiscal year 2017 Army operations and maintenance funds to missile defense programs as the administration and Congress make expanding missile defenses a priority. (See ACT, October 2017.) The House overwhelmingly passed the compromise authorization bill on Nov. 14, and the Senate followed on Nov. 16, sending the bill to President Donald Trump for his signature.—MACLYN SENEAR