“The Arms Control Association and all of the staff I've worked with over the years … have this ability to speak truth to power in a wide variety of venues.”
– Marylia Kelley
Tri-Valley Communities Against a Radioactive Environment
June 2, 2022
REMARKS: A “Realistic and Practical” Route to a World Free of Nuclear Weapons

First of all, I would like to pay tribute to the efforts by the hibakushas and the communities affected by the atomic bombings, who have been calling for a world free of nuclear weapons. I would also like to pay respect to the efforts by the civil societies all over the world that promote discussions of the humanitarian consequences of nuclear weapons. 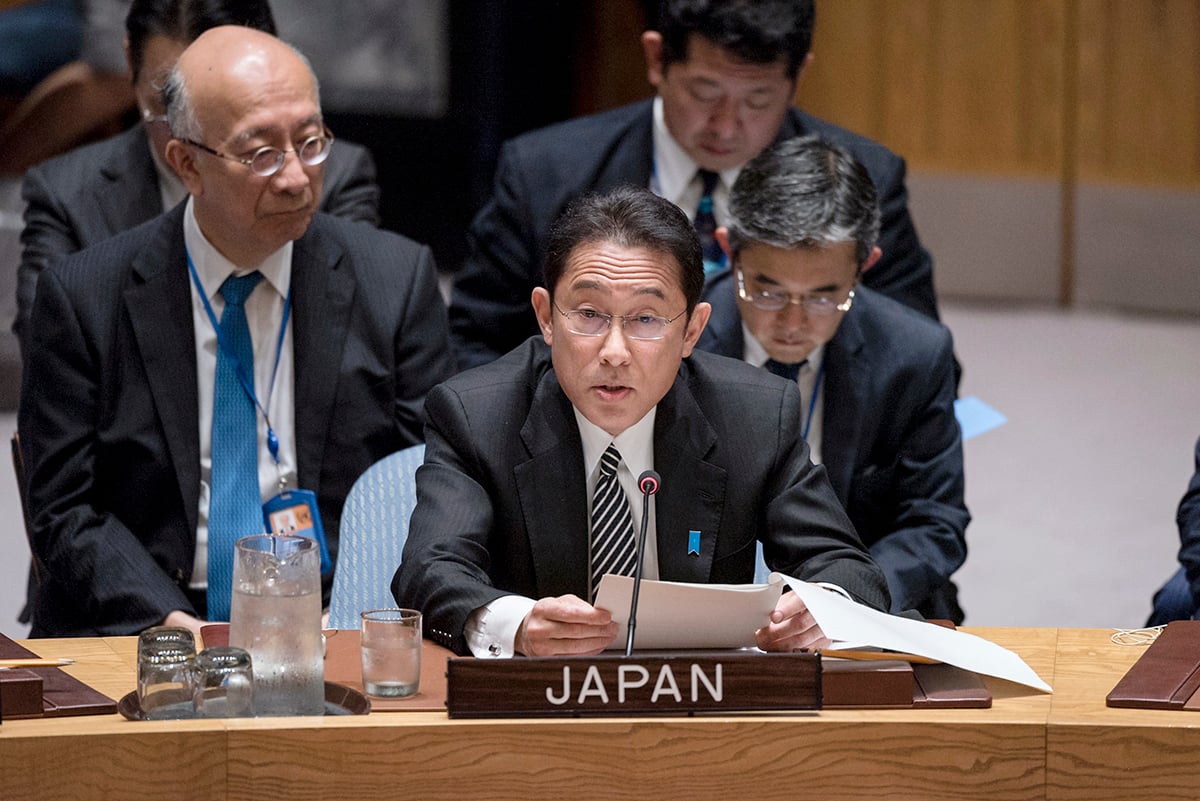 The recognition of the consequences of the use of nuclear weapons underpins all approaches toward a world free of such weapons. Meanwhile, North Korea’s nuclear and missile development has now reached a new level and is posing a real threat to the region and beyond. This is a challenge to the international nuclear disarmament and nonproliferation regime centered on the [nuclear] Nonproliferation Treaty (NPT).

The first is to further build confidence through enhancing transparency. This includes reliable detection of nuclear testing by enhancing the International Monitoring System under the Compre­hensive Test Ban Treaty (CTBT). This also includes the reporting of nuclear forces by nuclear-weapon states and of possessed fissile materials that could be used for nuclear weapons.

The second is to improve the security environment in order to reduce the incen­tive to possess nuclear weapons. On the North Korean issues, Japan will lead the diplomatic efforts to denuclearize the Korean peninsula as well.

The third is to raise awareness of the reality of the use of nuclear weapons and the risk of proliferation. I am confident that if many people in the world, including political leaders and youth from both nuclear-weapon and non-nuclear-weapon states, learn the reality of the atomic bombings and accurately understand the nuclear risks, that will build a common foundation for making a nuclear-free world.

As we rebuild confidence and trust and strive to build an internationally reliable verification system, we will move forward toward the early entry into force of the CTBT and early commencement of negotiation of a fissile material cutoff treaty. Those instruments will limit both qualitative and quantitative improvement of nuclear forces, and we will steadily decrease the number of nuclear weapons while striving to build an internationally reliable verification system. In this way, when we reach a so-called minimization point, at which the number of nuclear weapons is decreased to a very low level, we will introduce a legal framework aimed at achieving and maintaining a world free of nuclear weapons, and then we will reach this goal.

This is the pathway toward a world free of nuclear weapons, which Japan genuinely believes in. I am convinced that this approach provides the realistic and practical shortcut toward a world free of nuclear weapons, instead of pressing for a legally binding instrument to prohibit nuclear weapons at this point in a manner that deepens the gap between nuclear-weapon and non-nuclear-weapon states. The NPT is our common ground, which forms a basis for this approach as well as an important means by which we can promote nuclear disarmament.

Fumio Kishida is the minister for foreign affairs of Japan. This is adapted from his May 2 remarks in Vienna at the first session of the Preparatory Committee for the 2020 nuclear Nonproliferation Treaty review conference.