“[My time at ACA] prepared me very well for the position that I took following that with the State Department, where I then implemented and helped to implement many of the policies that we tried to promote.”
– Peter Crail
Business Executive for National Security
June 2, 2022
Curbing the North Korean Nuclear Threat

North Korea’s advancing nuclear and ballistic missile programs are the most urgent nuclear proliferation challenges today. The new administration of President Donald Trump, along with U.S. allies and partners in Northeast Asia, have a rapidly closing window of opportunity to pull back from potential escalation and war and pursue a diplomatic course that halts and eventually reverses Pyongyang’s nuclear weapons program. 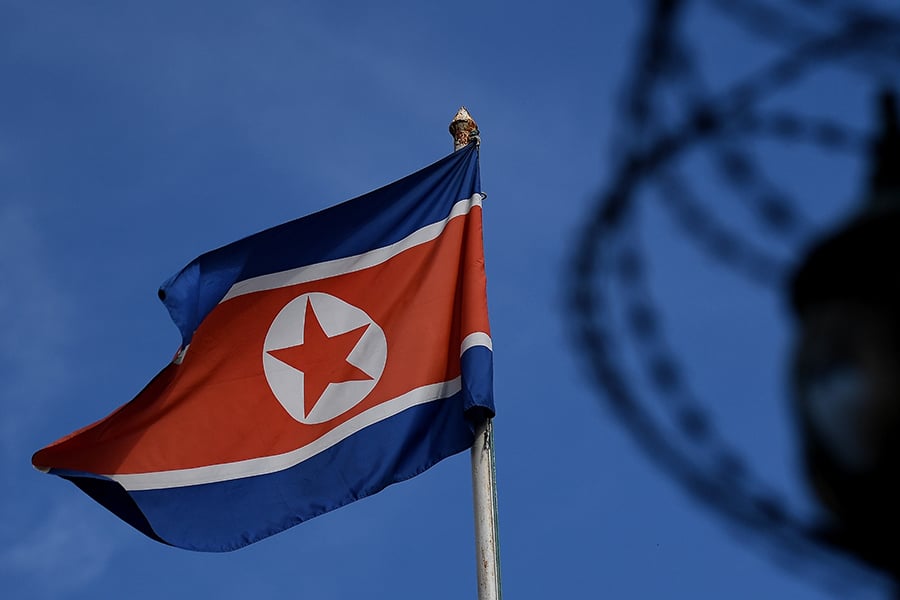 Last month during his first official visit to Asia, Secretary of State Rex Tillerson reiterated that the previous administration’s policy of “strategic patience” toward North Korea had reached a dead end. Indeed, a policy focused solely on international pressure, absent engagement, has not worked.

With an interagency policy review underway, Tillerson and the new Trump team are in search of a more effective policy. Time is not on Washington’s side.

North Korea already has the capability to deliver a warhead on a short- or medium-range ballistic missile. With more nuclear tests, North Korea can further refine its warhead designs to increase the explosive yield and develop a lighter, more compact warhead. North Korea’s next nuclear test explosion, which would be its sixth, could be imminent.

North Korea is estimated to have some 50 kilograms of plutonium, enough for 10 nuclear explosive devices. International Atomic Energy Agency Director-General Yukiya Amano said on March 20 that North Korea has doubled its capacity to produce highly enriched uranium. By 2020, it may have enough fissile material for 100 warheads. Worse yet, it could soon begin flight-testing an intercontinental ballistic missile.

If the current action-reaction cycle continues, it will not only diminish the prospect of denuclearization of the Korean peninsula, but it will increase the risk of a devastating nuclear war.

In its review of past U.S. strategy toward North Korea, the Trump team should recognize that when there has been success in curbing Pyongyang’s nuclear program, as there was between 1994 and 2002 as a result of the Agreed Framework, U.S. policy effectively integrated diplomacy and pressure to create significant incentives for North Korea to meet nonproliferation obligations and strong disincentives for failure to do so.

Once again, a strategy of coercive diplomacy, focused initially on aggressive and sustained diplomacy to secure phased denuclearization, offers the best prospect for success. If this effort fails, Washington can still significantly escalate pressure commensurate with the severity of North Korean actions.

When Trump and Tillerson meet with Chinese President Xi Jinping this month, they should emphasize the need to strictly enforce existing sanctions and jointly pledge not to seek new sanctions as long as North Korea acts with restraint.

To move forward, Trump should take note of Pyongyang’s statement from July 2016, which called for denuclearization of the Korean peninsula, to make clear that the United States remains committed to denuclearization as the end state of the process. If North Korea is willing to negotiate, initial talks should focus on obtaining a moratorium to prevent additional nuclear and ballistic missile tests in order to buy time for a more far-reaching and lasting solution.

For that, the United States will need to be prepared in return to put something on the table. In consultation with the incoming government in Seoul, Washington should consider scaling back or delaying the next round of joint military exercises with South Korea. The exercises could be scaled up if North Korea breaks off talks or conducts further nuclear or ballistic missile tests.

If the initial moratorium holds, North Korea and the United States could proceed to steps that would roll back Pyongyang’s nuclear activities, including a verifiable halt to fissile material production that would be monitored by international inspectors at North Korea’s nuclear sites. In return, the United States might extend to North Korea limited sanctions relief and negative security assurances against military attack under certain conditions.

To maintain leverage, the United States and its partners must strengthen implementation of existing UN Security Council sanctions. China’s decision to halt coal imports from North Korea is a good start. The latest report of the UN panel of experts on sanctions against North Korea said that the Security Council must compel better enforcement by imposing penalties against non-North Koreans involved in evasion.

Other policy approaches pose very high risks and have lower chances of success. New sanctions without an offer of talks would be opposed by China, and North Korea would, as leader Kim Jong Un said Jan. 1, “continue to build up” its nuclear forces, which he sees as a guarantor of regime survival. Pre-emptive U.S. military strikes would be operationally difficult and provoke a strong, likely military response from Pyongyang that could trigger a second Korean War.

A new policy that tries negotiations first and then puts pressure on North Korea if its intransigence scuttles diplomacy will not guarantee success, but it offers the best chance for curbing the North Korean nuclear threat.