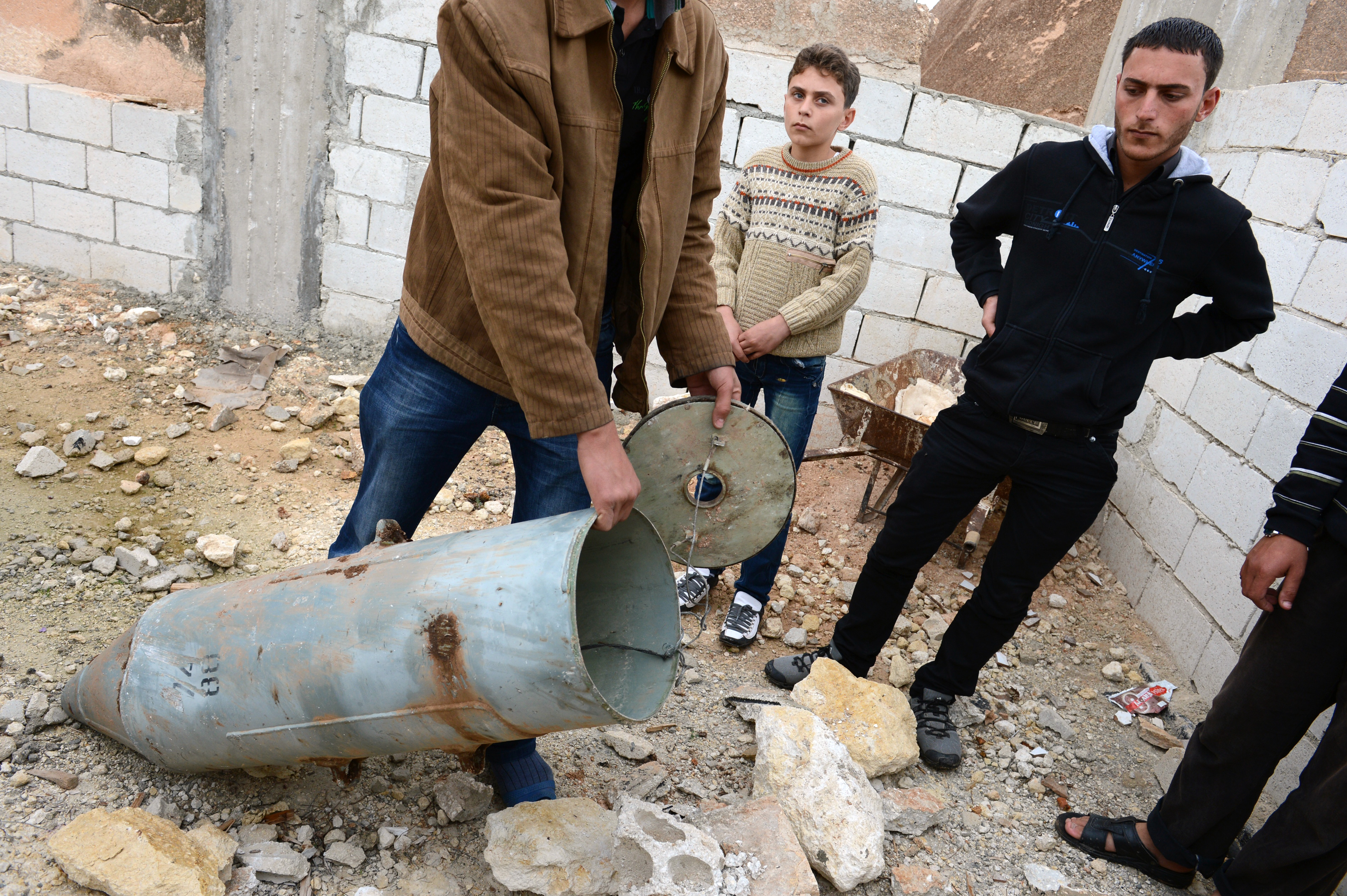 In response to reports of cluster munition attacks in conflicts around the world, scores of countries supporting the global ban on the explosive weapons categorically condemned their use in a declaration issued Sept. 11 in Dubrovnik, Croatia.

“We are deeply concerned by any and all allegations, reports or documented evidence of the use of cluster munitions, including in Cambodia, Libya, Myanmar, South Sudan, Sudan, Syrian Arab Republic, Ukraine and Yemen,” said the parties to the Convention on Cluster Munitions (CCM). “We condemn any use of cluster munitions by any actor.”

The 95 states-parties to the CCM, along with 23 signatory nations and numerous civil society groups, met Sept. 7-11 to review and assess the accomplishments of the treaty. The Dubrovnik meeting was the first review conference under the treaty, which entered into force on August 1, 2010. The CCM bans the possession and use of munitions that eject explosive bomblets designed to kill people and destroy vehicles.

For advocates of a cluster munitions ban, the consensus declaration threw a spotlight on the policy of the U.S. government, which is destroying its cluster munitions stockpiles but has not renounced their use. The United States, which has not signed the CCM, is currently supporting the Saudi-led military campaign in Yemen, where Human Rights Watch has documented the repeated use of U.S.-manufactured cluster munitions. “Although the evidence is not definitive, several factors indicate that the Saudi-led coalition carried out the seven attacks,” the nongovernmental group stated in an Aug. 26 report. The attacks involving U.S.-made munitions have killed or wounded “dozens of civilians” since April, according to the group.

Representatives of Australia, Canada, and the United Kingdom—all U.S. military allies—asked for modification of the declaration’s categorical condemnation of all cluster munitions use. The wording, Canada said, “poses problems for States Parties who undertake military cooperation and operations with non-Parties, which the Convention permits us to do.” Article 21 of the CCM states that parties to the treaty “may engage in military cooperation and operations with States not party to this Convention that might engage in activities prohibited to a State Party.”

“The proposed changes also seem driven by a desire to create space—political and legal space—for the United States to use cluster munitions in the future,” said a Sept. 8 statement from Human Rights Watch on behalf of the Cluster Munition Coalition..

Thomas Nash of Article 36, a UK nongovernmental organization, said the “bizarre and isolated legal contortions by the UK, together with Australia and Canada, were hopelessly out of step with the mood and determination of the Review Conference to prevent any further use of cluster munitions by any actor.”

After the three countries and Lithuania expressed concerns, the unmodified declaration was approved by acclamation.

Many representatives of the 117 countries that have signed or ratified the CCM hailed the treaty for exceeding expectations born on its entry into force five years ago.

“Eighty percent of reported cluster munition stockpiles have already been destroyed,” Steffen Kongstad of Norway said, with “most states-parties achieving their targets much faster and at a significantly lower cost than some experts kept insisting on some years ago.”

Ambassador Jorge Lomónaco of Mexico congratulated Canada, Guinea, Guyana, Iceland, Palestine, Paraguay, Rwanda, Slovakia, and South Africa for joining the CCM in the past year. Their accession, he said, demonstrated “the vitality and strength of the regime that prohibits the use of these indiscriminate and inhuman weapons.”

Rodolfo Benítez Verson, chief of the Cuban delegation to the conference, announced Sept. 8 that his government was taking steps to join the treaty “shortly.”

“Today I can inform this Conference that Cuba is carrying out the required constitutional procedures for the accession of our country to the Convention on Cluster Munitions,” Benítez Verson said to applause.

The change comes as Washington and Havana are seeking to normalize long-frozen diplomatic relations. In past years, Cuba had declined to join the cluster munitions ban because it does not forbid U.S.-made munitions that are equipped with self-destruction and self-deactivation mechanisms, an exception that Havana said favored developed countries at the expense of poorer countries. In Dubrovnik, Benítez Verson repeated Cuban concerns about the “dangerous” language of the treaty’s Article 21, which permits CCM parties to the treaty to engage in military operations with countries that are not parties. He said Cuba will continue to press its views when it becomes a state-party to the treaty.

Nguyen Trung Thanh of Vietnam, attending as an observer, said his country could not afford to take on the treaty’s obligations, although Vietnam is one of the countries most contaminated with cluster munitions.

“In the best scenario,” he said, the job of clearing the munitions from 6.6 million hectares (16 million acres) of contaminated Vietnamese land and then destroying the weapons would require “more than a hundred years” and “many billions of dollars.”

Archbishop Silvano Tomasi, the Vatican representative to the United Nations, called on CCM parties “to find a fair and equitable model” to fund the treaty’s implementation.